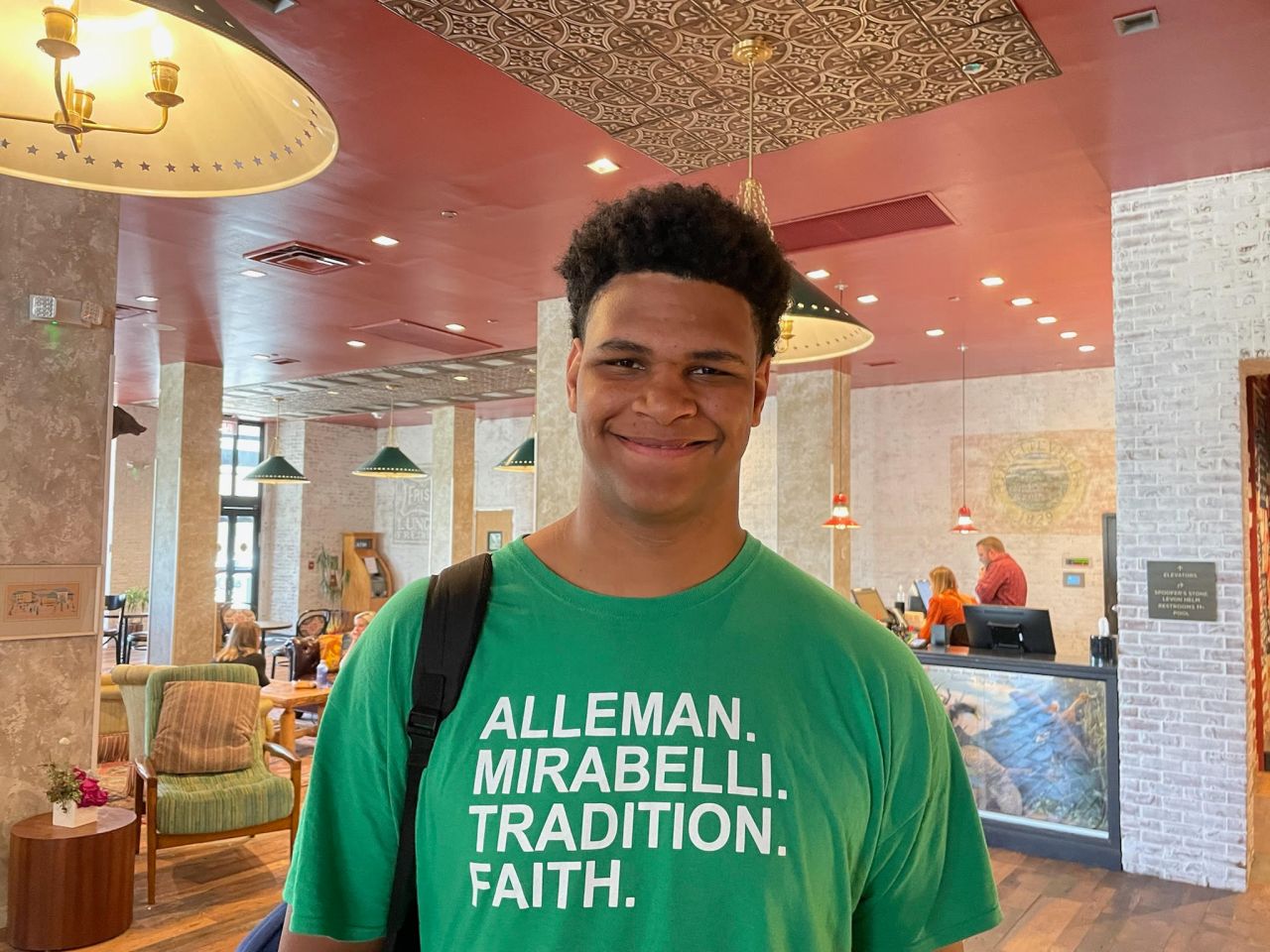 A talented offensive lineman talks about his visit to Arkansas

Jagusah, 6-6, 308, has now been to Arkansas and Missouri with two more visits coming in the coming days. He talked about how the visit to Arkansas went for him.

“Really, really nice campus,” Jagusah said. “I like a lot of the team guys I’ve met so far. Just a good atmosphere. The coaching staff, they tend to turn everything up so it was a really, really good visit.

Jagusah was hosted by another offensive lineman who played a year at Notre Dame before heading to Arkansas.

“I was mostly with Luke Jones,” Jagusah said. “I was also with some of the other freshmen on the line, but especially Luke.”

Jagusah talked about what Jones told him about Arkansas.

“Just look for the place that makes you happy and this place has a lot to offer in this department,” Jagusah said.

He was in Arkansas to watch the Hogs beat Missouri on Black Friday. He talked about the unofficial visit versus this official visit.

“For me, it’s like seeing the campus more,” Jagusah said. “Because we came for the Missouri game and we really didn’t see much. So there it was kind of rushed. Come back and sit down with the coach. Coach (Sam) Pittman us surrounded a lot. It was really, really nice. Just kind of getting to know everyone.

What was it like being with Pittman and what did he say to you about coming to play for him?

“It definitely helped them a lot,” Jagusah said. “He’s a really good guy. O-line coach and you don’t see that too often with head coaches. He’s someone who could definitely help me a lot if I decide to come here.

As with several rookies lately, it was hard for Jagusah to single out a single thing that was the highlight.

Many believe Jagusah will choose from Notre Dame, Michigan, Arkansas, or Missouri. What did this visit bring to Arkansas?

“It definitely gave him a lot of stimulation,” Jagusah said. “I have a lot to think about, but this has definitely helped me a lot.”

“That’s just the kind of people here,” Jagusah said. ” That is just about everything. Meet people I like. Just meet good people who want to win.

If Jagusah were to attend Arkansas, he would be coached by Cody Kennedy. This is another thing Jagusah likes.

“Coach Kennedy is a great guy,” Jagusah said. “Good coach. The kind of being able to sit down with his meetings for a bit. It’s like trying to understand a different language, but you kinda understand after sitting there for 30-45 minutes, but no, that’s a great coach and a good guy.

“We’re going to Michigan on Thursday and then to Notre Dame on Saturday,” Jagusah said.

He said he hoped to make a decision before his senior season. Jagusah is also a talented wrestler.