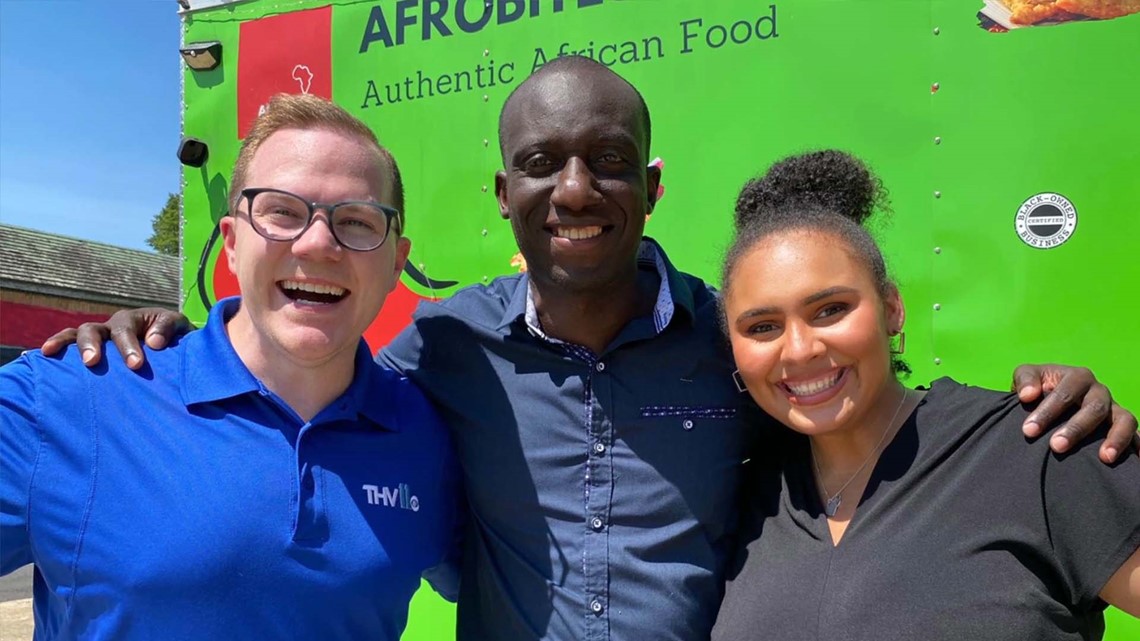 The owners of Afrobites share their heritage and culture with central Arkansas bringing both authentic African food and history to Little Rock.

SMALL ROCK, Ark — “Whatever is given to you, you must share.” It’s a fundamental pillar of African culture and it’s the philosophy that powers the food truck known as Afrobites.

The story goes something like this. Several years ago, owners Madere Touré and Pap Dior moved to central Arkansas to attend school at the University of Central Arkansas.

The two instantly fell in love with all that the natural state has to offer. But their hearts – and stomachs – yearned for the authentic African cuisine they had grown to appreciate.

The two young men started calling their mothers and aunts in Africa to learn how to cook some of their favorite dishes. And true to the very culture they lacked, they shared!

They shared these new dishes with their friends. It was then that they realized the true joy born of sharing their heritage and culture, which would bring the Afrobites to life.

Eating at Afrobites is not only delicious, but it’s also a real lesson in African geography. Their menu is inspired by different regions of the continent.

All around, the food is bold. It’s not too spicy, but definitely packed with flavor fusions you probably won’t taste anywhere else.

Although you can add meat to any dish, there are plenty of vegan options available.

Afrobites serves on two food trucks. Their flagship is permanently located on historic Wright Avenue in Little Rock, with a second truck based in Conway with rotating locations. They are open on Friday, Saturday and Sunday.