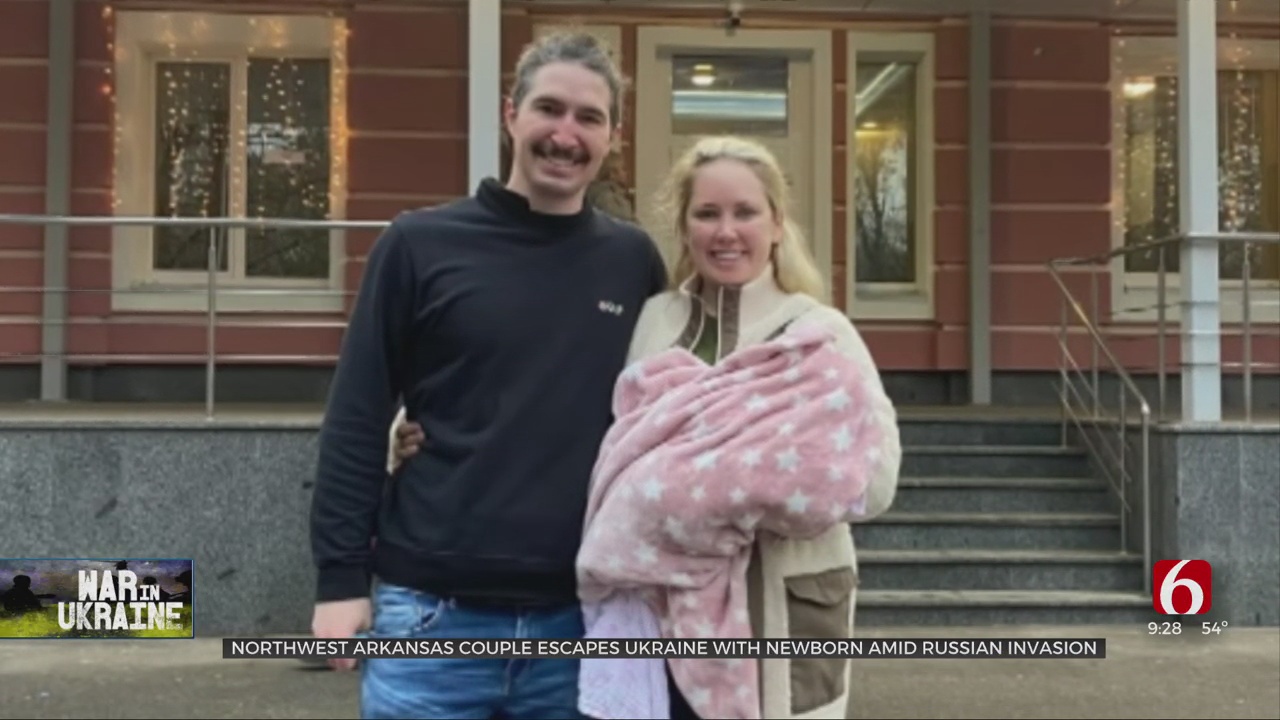 A couple from our neighboring state are about to return home after fleeing Ukraine with their newborn baby. The war began just days after their surrogate mother gave birth.

Jacob and Jessie Boeckmann, from Arkansas, were concerned about rising tensions between Russia and Ukraine, but said it was almost strange how normal things felt even hours before the ‘invasion.

The Boeckmanns were in a kyiv hospital where a surrogate had just given birth to their baby girl on Tuesday.

“I heard distant explosions and immediately got up on the first floor maternity window seal,” Jessie said.

They left town, but what was supposed to be a 7 hour trip to the US Embassy turned into a 27 hour ordeal.

“As we left town, we saw the town in a panic,” Jacob said.

They had to walk the last eight kilometers to the Polish border. Jessie held baby Vivian while Jacob carried the bags.

“The baby was wrapped up in blankets and my two jackets,” Jessie said.

At the border, thousands of people pushed to cross the barriers.

“The women were screaming, ‘Let us cross, let us cross,'” Jessie said.

“You have seen so many families forced to say goodbye, snatching women and children from men and border guards physically holding fathers, brothers and husbands, preventing them from crossing with their families, telling them to turn around around and go fight,” Jacob said.

Jessie said they walked through the crowd when a man noticed the newborn.

“She has a 4 day old baby. Let her pass. And he started pushing people past me,” Jessie said.

Jessie continued to queue for customs, but it would be 12 hours before she saw or heard from her husband. Jacob said the border guard would not budge, claiming his passport was a fake.

“When things were darkest for me, I had texted my parents and said, I need prayers that I’m going to make it through,” Jacob said.

Jacob said that with the help of the U.S. Embassy, ​​Arkansas officials, and the power of prayer, he was able to reach his family.

However, they worry about Vivian’s surrogate and everyone who helped them get home.

“There’s a lot of guilt in there,” Jacob said.

The Boeckmann family will be going home to see their eldest daughter tomorrow.