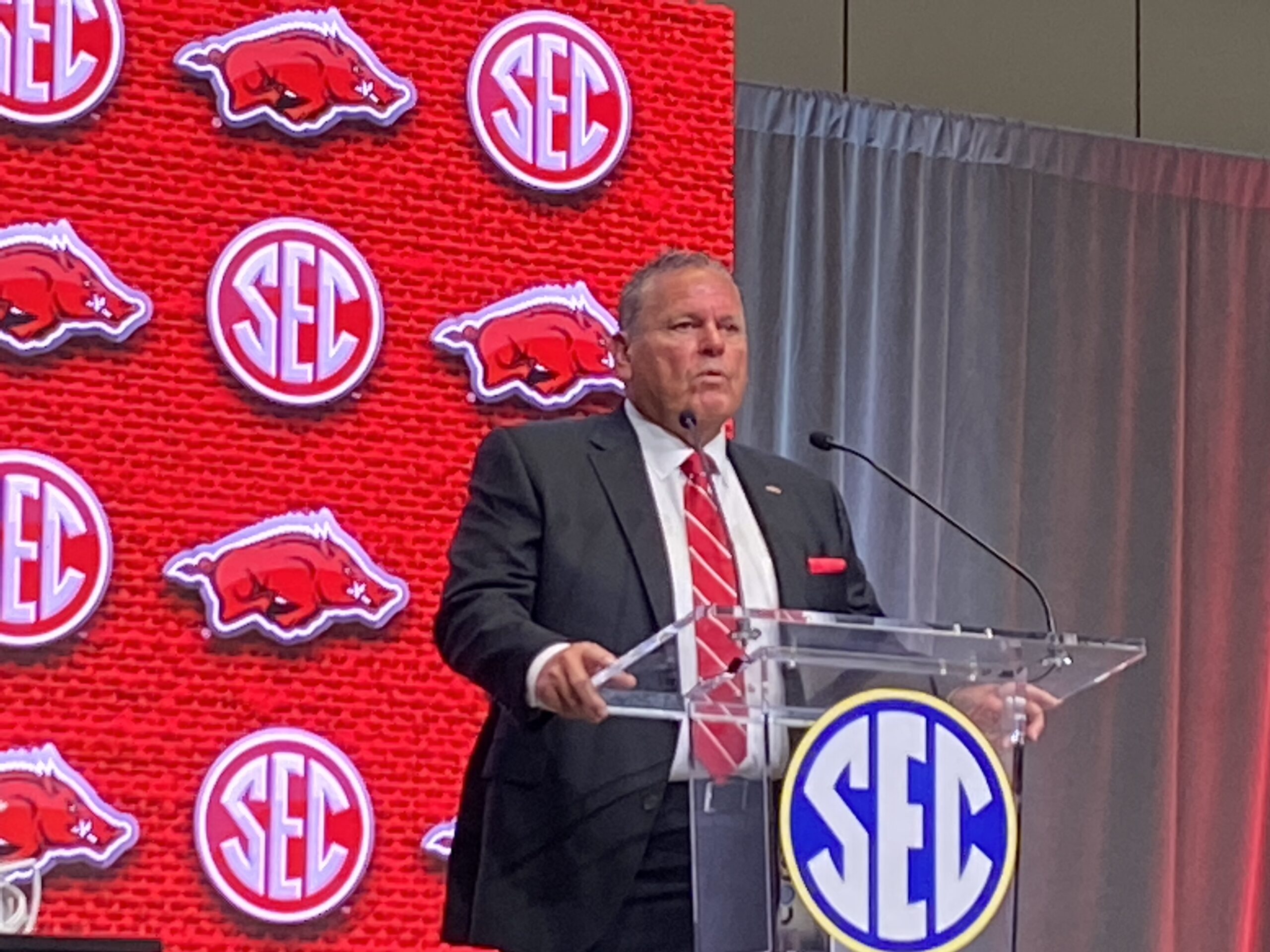 Arkansas Football Didn’t Happen, ‘No, No,’ Says Coach Sam Pittman, ‘Far From That’

ATLANTA — The Arkansas Razorbacks won more games last season at 9-4 than they had in the previous three years combined by two games.

But coach Sam Pittman isn’t sitting on his laurels or that pig statue outside his vacation home on Lake Hamilton.

“No,” he said flatly when asked if Arkansas had arrived. “No no No. Arkansas is just trying to compete, improve, fight hard.

The Razorbacks beat Penn State, 24-10, in the Outback Bowl on Jan. 1 for their first traditional New Year’s Bowl victory since a 29-16 victory over Kansas State in the Cotton Bowl on Jan. 6, 2012, a year ago. four coaches under John L. Smith. Arkansas also picked up victories over ranked teams Texas and Mississippi State and finished 4-4 in SEC West — their best league mark since 5-3 in 2015.

“We’re underdogs,” said Pittman, who enters his third season Sept. 3 against Cincinnati. “No, no, no, we are far from that (an arrival). Not that.”

Pittman answered yes to another question — whether he would like incoming SEC teams Oklahoma and Texas to be permanent opponents when they arrive in the league in 2024 or 25. The State of the Arkansas borders both, and the Razorbacks and Texas were once part of the old Southwest Conference.

“Yes,” he said. “That would be pretty cool. Oklahoma, Texas and Missouri (another border state) would be really good. Playing in Oklahoma would be a great deal, growing up in Oklahoma State.

One of the future schedule models with Oklahoma and Texas that the SEC is considering is three permanent opponents and five or six turns in an eight or nine game format.

Be sure to keep it locked in here during SEC Media Days – OutKick.com will be your home for exclusive content and breaking news.

Sam Pittman happy with how transfers fit in at Arkansas