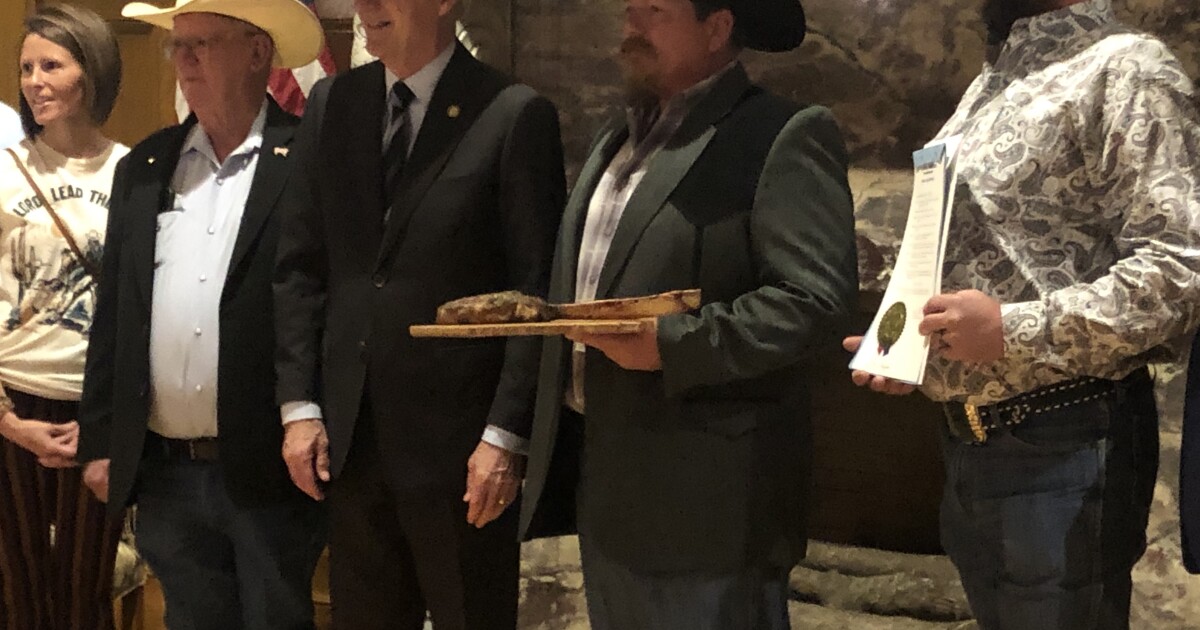 May is officially Beef and Egg Month in the state of Arkansas.

Gov. Asa Hutchinson met with industry officials at the state Capitol on Friday to discuss some of the challenges facing producers. Hutchinson said the agriculture industry continues to benefit from Arkansas’ positive economic position, with the state recently announcing a surplus of more than $1 billion.

“We are going to get [the surplus] get back to you as soon as possible. So it’s, I think, a pretty good consensus within the legislature that we want to make that. We’ve cut taxes and that’s really helped us grow our economy, but we need to be able to return some of that surplus because it keeps growing,” Hutchinson said.

“Our highest operating costs are feed costs. And right now, with the price of fuel and fertilizers, it’s only pushing up grain prices, especially corn. Cattle are usually finished on a fairly high corn diet,” Burkham said. “It just increases costs across the board for us.

Hutchinson suggested increasing domestic energy production as a way to mitigate rising prices. Burkham says that due to rising grain prices, ranchers in Arkansas are starting to use more rice and soy products for livestock feed.

“We’re really very dependent on fertilizers from Russia and things from that part of the world, and I don’t really know how we’re going to change that right now unless we develop and better use what we have here in the United States. ” Burkham said. mentioned.

Despite recent challenges, he says demand for beef remains high both domestically and internationally.

“Southeast Asian countries are very fond of American beef. It’s high end, and as their middle class grows and has more demand for that product…we’re really encouraged by our exports,” Burkham said.

Arkansas Poultry Industry accounted for $3.7 billion of the state’s agricultural market in 2020, while beef contributed an estimated $500 million to the state’s economy.

A new owner will invest $50 million in the Intimidator group