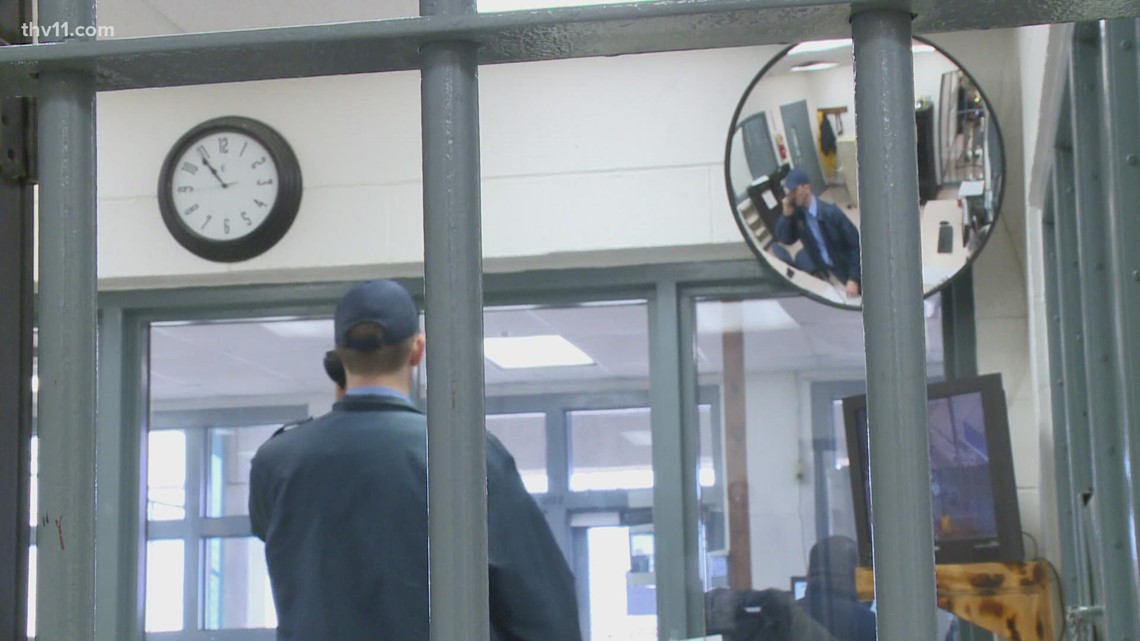 This increase in violent crime prompted the governor to announce “an expansion of the Intensive Supervision Program.”

LITTLE ROCK, Ark. — More than a month after his last in-person address on Capitol Hill, Gov. Asa Hutchinson on Tuesday covered a range of topics from getting his second booster shot to next steps in tackling violent crime in the Arkansas.

And it shows on the local level, too, as according to a recent Little Rock Police report, violent crime in the city has increased nearly 30% over the past five years.

This increase prompted the governor to announce “an extension of the intensive monitoring program”.

The expansion would monitor those on parole more closely — adding more officers and covering more counties.

Pulaski County Sheriff’s Office Lt. Cody Burk said the new plan “will most likely help us reduce some crime, how much it will reduce crime, you know, time and statistics will show.”

Leaders also say their goal for the program is not to restrict those on parole, but to take a closer look at those who are at high risk of committing future crimes.

But with more eyes monitoring violations, prison space is a concern.

“When someone violates parole, however, they take them to the county jail to house them for their parole hearing, which will increase our population,” Burk said.

But the Department of Corrections plans to make room by moving the county’s prisoners to public facilities — facilities that were already given the green light for expansion in the last legislative session.

“While we make the necessary adjustments, we now know that this population may increase. And we are making accommodations for that,” Hutchinson added.

The intensified supervision program is estimated to cost just over $1 million in the first year, and over $800,000 each year thereafter.

Hutchinson did not say when the general assembly would meet to pass a bill like this proposal, but the next regular legislative session will not take place until next spring.