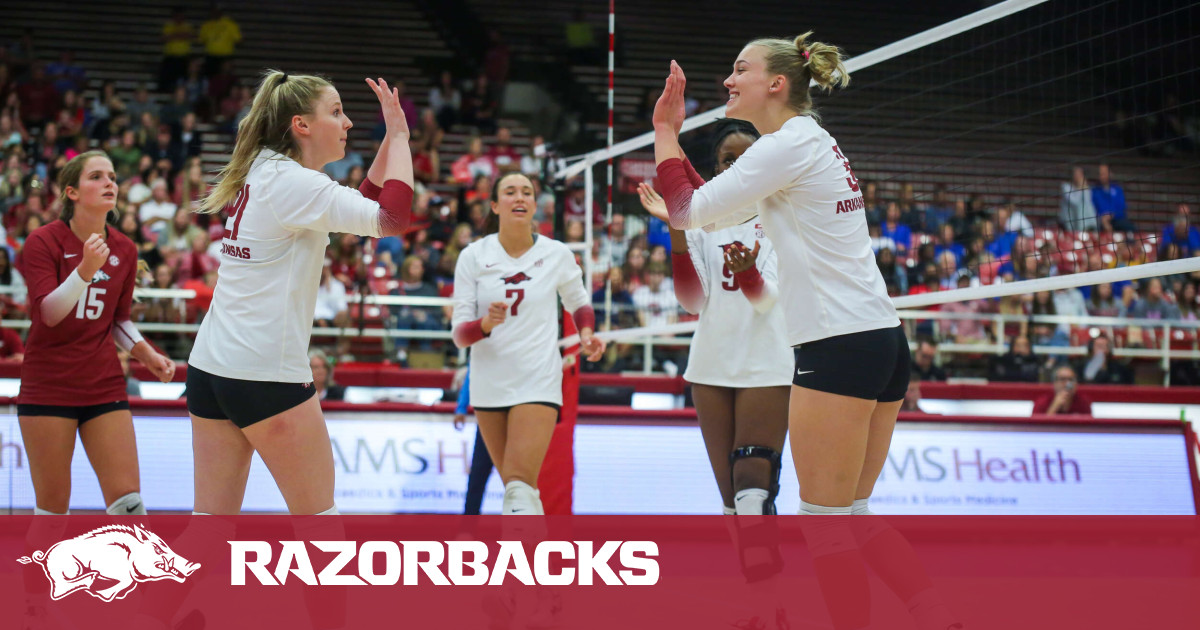 The Hogs wrap up a five-game home streak in style in a nationally televised game against the Texas A&M Aggies on Wednesday at 7 p.m.

The SEC contest will air live on SEC Network from Barnhill Arena, Arkansas’ first game on the network this season.

Texas A&M hasn’t been to town since 2020, and Arkansas won the last meeting between the two last November in a 3-0 sweep at College Station. The Aggies are currently 10-8 overall and 2-5 in the SEC, while the Razorbacks are 13-5 and 4-4 in the league.

Tickets are available online or in person through the Razorback Ticket Center. Adult tickets are just $5 and kids 17 and under get in free.

Last outing
Arkansas hosted Tennessee last weekend and did not drop a set to the Vols for the first time since 2017. The Hogs hadn’t won back-to-back sweeps against Tennessee since the 2016-17 seasons and hadn’t defeated the Vols twice in the same season since 2014. Arkansas hit over .300 as a team on both nights, and their mark of .352 in Saturday’s game matches the second-highest hitting percentage in all season for the Razorbacks. Junior Taylor Head had a great weekend offensively with 19 kills, a .410 hit percentage and two service aces. She also led Arkansas in digs in both games with 17.