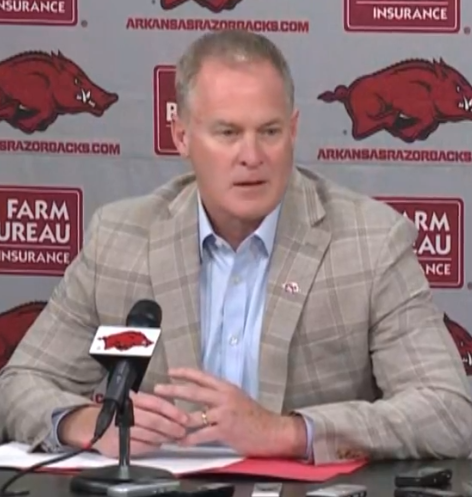 Auburn University run a lure University of Arkansas athletic director Hunter Yurachek to lead its athletic department with a $2 million offer, but UA sweetened its deal to keep Yurachek.

Arkansas Business initially reported improvement, but a university spokesperson said the formal agreement had not been finalized so details were not available.

We have now obtained a copy of an email outlining the deal. This will increase his total salary to $1.5 million and add a few more months to a contract extension granted earlier this year.

It wasn’t until February that Yurachek was granted a five-year contract extension through February 2027 with a base salary of $1.25 million, plus the potential of up to $175,000 a year in bonuses. based on the performance of sports teams. Allen Greene left the Auburn job last week after reaching an apparent severance deal. He had five months left on his contract and did not expect to be rehired. Auburn’s football team, whipped by Arkansas on Saturday, is currently at an all-time low.

This recent tweet from Yurachek reflects the state of affairs.

Yurachek to receive raise and extension after reported interest from Auburn