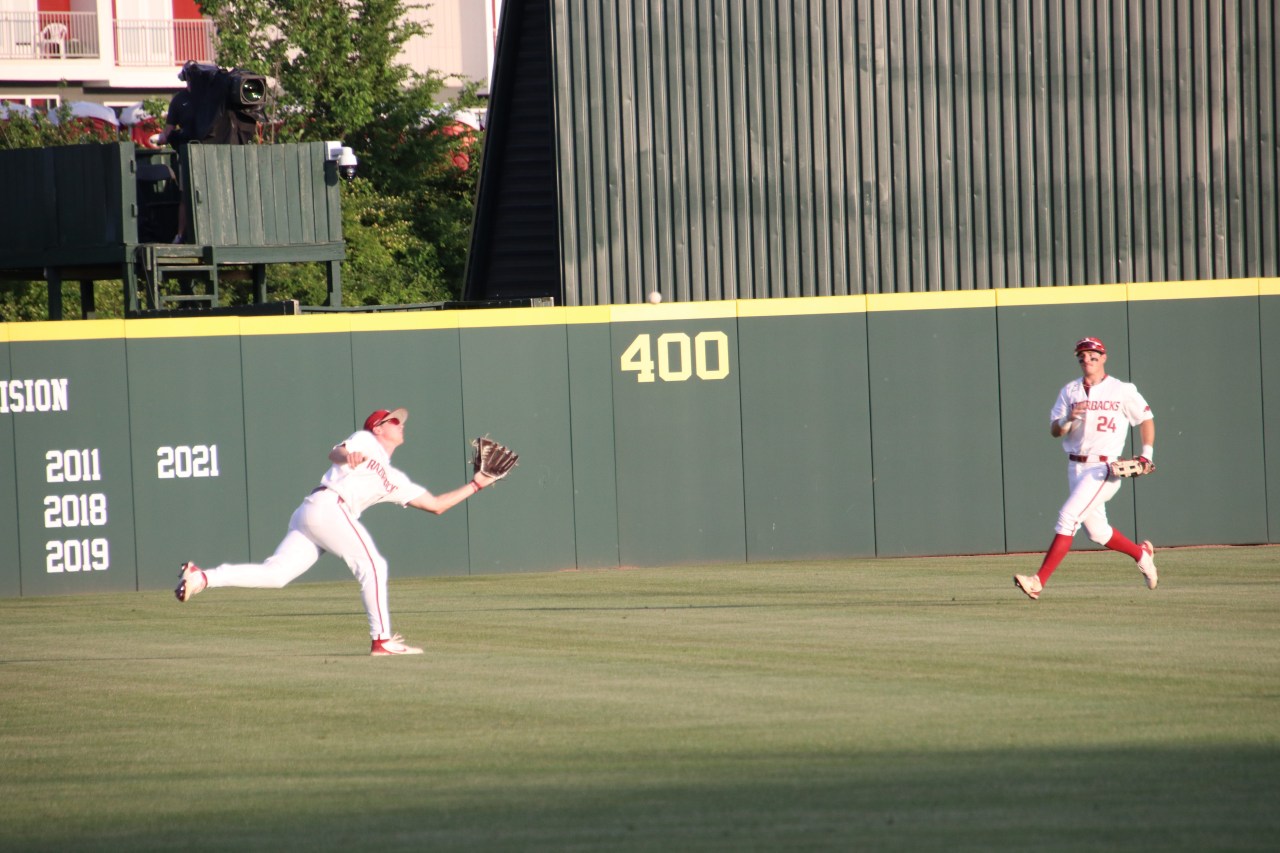 FAYETTEVILLE, Arkansas — The Arkansas baseball team rallied from a 5-1 deficit to take an 8-6 lead over Vanderbilt on Saturday night before Mother Nature put an end to the fun at Baum-Walker Stadium. .

Lightning struck around 8:46 p.m. then rain forced the postponement about an hour later.

The game resumes at 11 a.m. on Sunday morning with a seven-inning game to follow.

For the second night in a row, Vanderbilt put five runs on Arkansas early, but on Saturday night the Razorbacks not only had an answer, but had enough lumber to take the lead — unlike Friday.

Cayden Wallace’s three-run homer capped a four-run rally in the fourth inning as Arkansas recovered from a 5-2 deficit.

It was Wallace’s second homer of the night as he led early in the first inning with a blast on the second pitch from Vanderbilt starter Chris McElvain to give Arkansas a 1-0 lead.

That second outburst, which doubled as his eighth of the season, was a field against McElvain, who came out late in the frame.

Arkansas increased their lead to 8-5 in the fifth when Jace Bohrofen’s brace was misplayed and scored both Brady Slavens and Braydon Webb, who had both walked earlier in the inning.

Tate Kolwyck, who scored a two-run brace in the Commodores’ third, cut that advantage to 8-6 when he hit reliever Zach Morris in the sixth.

Michael Turner’s single was misplayed in an error and chased Jalen Battles home with an unearned run to reduce it to 5-2 in the third.

Much of Arkansas under severe thunderstorm watch until 9 p.m.