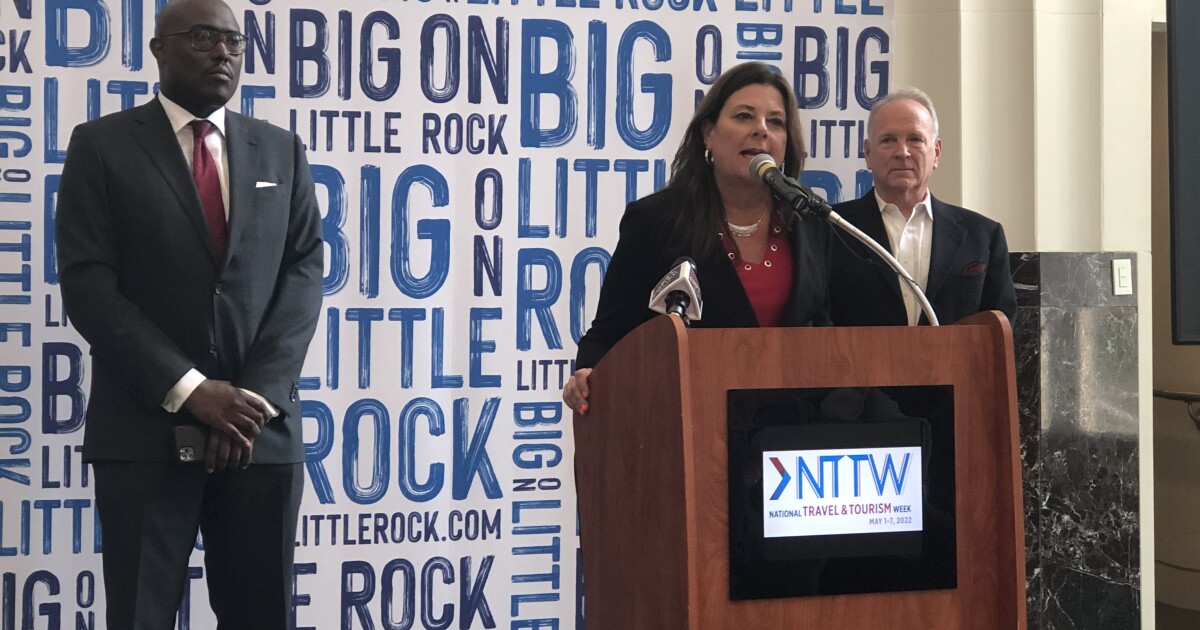 Officials from the state of Arkansas and the city of Little Rock recognize National Travel and Tourism Week as the state begins to see a rebound in visitor numbers following a crisis related to the pandemic.

“People are choosing to visit, to spend money in Little Rock, and we’ve been able to see that through our sales taxes, I can tell you the same,” Scott said. “And when you know that, you have to continue to invest in travel and tourism, understanding that you are creating a place of quality of life and place.”

According to state tourism officials, visitors to central Arkansas accounted for $78 million in state and local tax revenue in 2020 and were responsible for approximately 8,500 jobs in the region.

Arkansas Tourism Director Travis Napper said the state is starting to rebound from a pandemic-driven dip in visitors.

“We know what it was like in 2020, but we already know now that in 2021 we are recovering radically in all the right ways, and our 2% tourist tax which funds our efforts has reached the highest level. highest we’ve ever reached in 2021, and we’re super excited about it. This beat the 2019 numbers, which were our previous record, by more than 17%,” Napper said.

Napper said tourism had an economic impact of about $6 billion in the state in 2020, more than $1 billion of which came from Pulaski County alone. Tourism accounted for $501 million in state and local tax revenue in 2020 and supported nearly 52,000 jobs in Arkansas, according to Napper.

Gina Gemberling, president and CEO of the Little Rock Convention and Visitors Bureau, said they were developing a “master plan” to help increase the number of travelers coming to the city.

“So much has changed with tourism as a whole. There is more focus, we know we need to play a bigger role in workforce development, as well as in many other areas. So we’re using this tourism master plan to really guide us into the future,” said Gemberling.

Gemberling said the city’s tourism master plan is expected to be released in late summer or early fall. She said the city is also launching a new virtual pass where tourists can log their visits to local attractions on their smartphones.

“After 15 stops at 15 of our sites and attractions, many of which don’t take as long as you think… after 15 stops and check-ins, they’ll get a T-shirt,” Gemberling said.

Gemberling said the LRCVB and the Museum of Fine Arts of Arkansas are also adopting several high-traffic streets as part of the city’s Adopt-A-Street program.