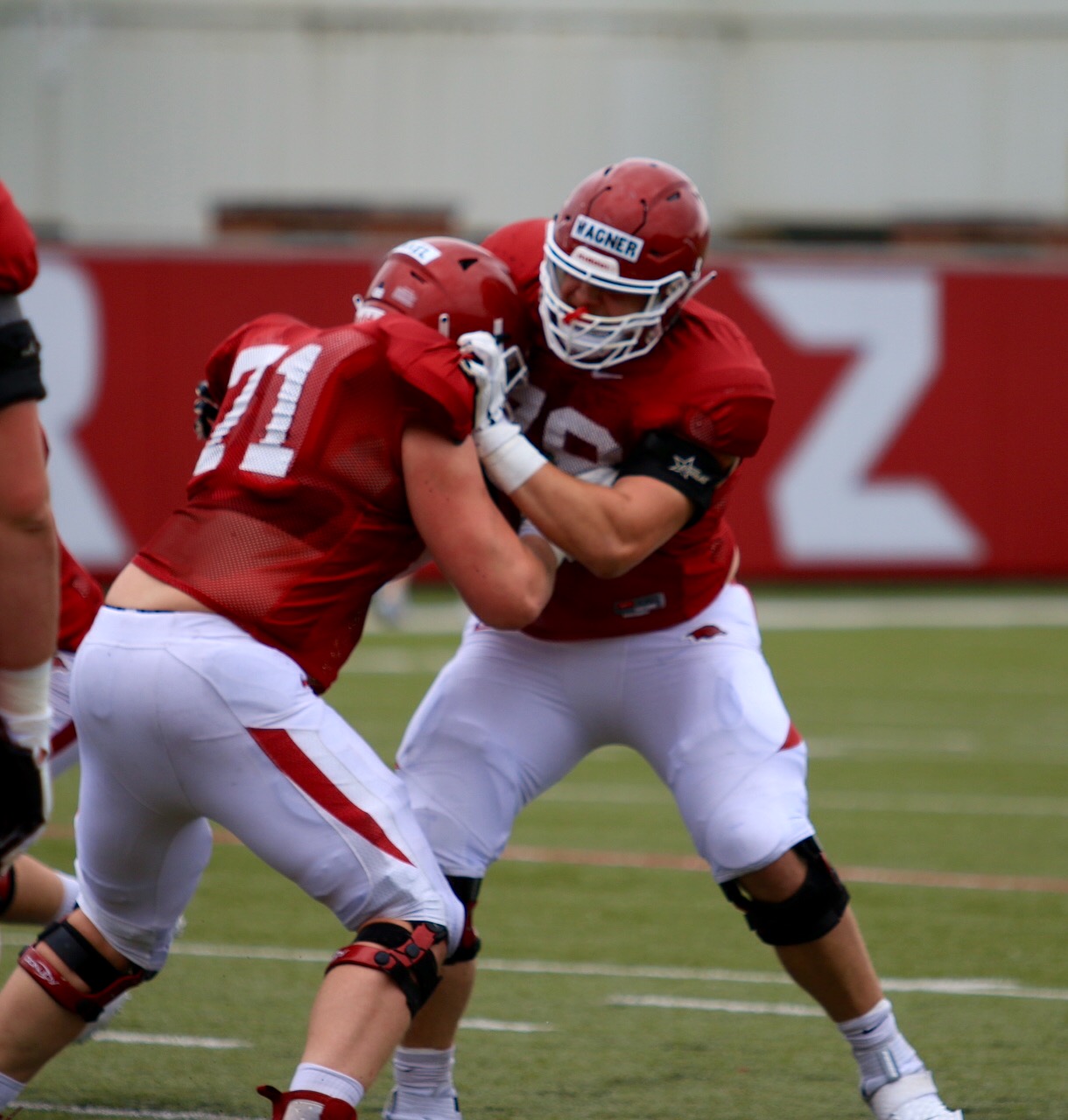 The Razorbacks will face off Saturday morning and will be completely closed to the media. Sam Pittman spoke about the scrum and whether it would impact the depth chart.

“I think it’s big,” Pittman said. “I don’t know if it’s much more than today’s TBH training with you. There’s a reason you don’t change the depth chart much unless injuries force you, until ’til after a scrimmage type situation because you’re trying to see if you’ve got a player in there, a guy who’s way better in a game than in practice. It goes the other way too , much worse in a game than him. That’s why I had open scrimmages two years ago, whenever it was, in the spring, because I wanted to put KJ and Malik under people in the stands and see how they behaved.

“There’s a reason you don’t change the depth chart much, unless injuries force you, until after a scrum type situation because you’re trying to see if you have a player in there – a guy who is much better at a game than he is in practice. It goes the other way too, much worse at a game than he is. That’s why I had open scrums there I was two years old, anyway, in the spring, because I wanted to put KJ and Malik under people in the stands and see how they behaved. But, I don’t know if that will make much of a difference. I bet that there will be a change or two coming out of it, but I don’t know if it will be that big in terms of depth.

Pittman said he was unsure of the number of veterans.

One notable thing in practice through Friday is that senior right offensive tackle Dalton Wagner, who was very limited in the spring, passed all drills and is healthy,

“Awesome, I haven’t missed a rep of anything I’ve done,” Wagner said. “My back feels good. I had no problem. I had it repaired in the spring and I intend to keep it.

With the Razorbacks practicing every day except last Wednesday, are older players starting to consider Cincinnati?

“I don’t think we’re allowed to go to camp right now, but over the summer we watched a bit of it,” Wagner said. “I think Coach Pitt is keeping us locked in to improve right now. But a bit over the summer, I know the offensive line looked at a tape on them just to get an idea of ​​what they’re going to do.

Wagner said that even if that doesn’t happen in the second week of practice, it will come soon, they’ll start watching the Bearcats who they host on Saturday, September 3.

“Usually it’s the first opponent, and that’s about it last week – just when we’re about to transition to start school and stuff like that,” he said. said Wagner. “It’s usually when we start this game preparation thing.”