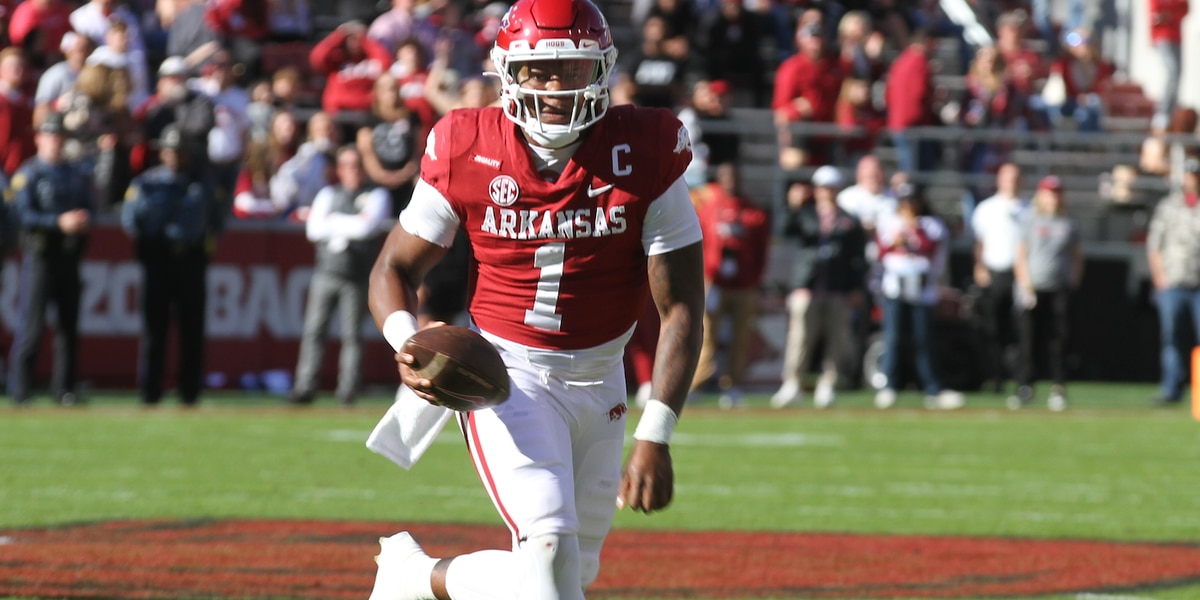 With two of the best players in the country in the lead — and a championship game loss as motivation — Alabama is No. 1 in the Associated Press preseason college football poll for the second straight season and the ninth times in total.

Heisman Trophy winner Bryce Young, National Defensive Player of the Year Will Anderson Jr. and the Crimson Tide received 54 of 63 first-place votes and 1,566 points in the Top 25 presented by Regions Bank released Monday.

The Tide’s No. 1 preseason ranking is the seventh in 15 years under coach Nick Saban. Since the preseason rankings began in 1950, only Oklahoma with 10 has been No. 1 in the initial poll more times than Alabama.

The Crimson Tide started last season No. 1 and finished ranked No. 2 after losing the national championship game to the Southeastern Conference rivals Bulldogs.

Alabama coach Nick Saban recently called 2021 a rebuilding season for his Tide dynasty, which has won six national titles over the past 13 years. He has a point.

Young was in his first season as a starter last year, playing behind an inexperienced offensive line. He was unfazed, throwing for 4,872 yards and 47 touchdowns.

Anderson was a force on the other side of the ball as Alabama broke into a back seven with mostly new starters. The sophomore led the nation in tackles for loss with 33 1/2, 11 1/2 more than the No. 2 on the roster.

Ohio State brings back a Heisman Trophy finalist at quarterback in CJ Stroud while at Georgia most of the key players from one of the best college defenses of the past 25 years are now in the NFL. Still, quarterback Stetson Bennett and All-America tight end Brock Bowers return to a Bulldogs offense that could be even more explosive in 2022.

Texas A&M, which finished last season unranked despite losing Alabama in the regular season, starts this season No. 6.

Defending Pac-12 champion Utah is seventh, the highest preseason ranking in school history. Defending Big Ten champion Michigan is No. 8 after making the playoffs for the first time last season.

No. 9 Oklahoma is the highest-ranked Big 12 school, one spot ahead of defending league champion Baylor.

Turning the No. 1 preseason into a national championship has proven tricky throughout history, even for Alabama.

The Crimson Tide won the national championship after starting No. 1 just once under Saban and twice overall.

Since the start of the AP preseason in 1950, there have been 11 No. 1 preseason teams that also finished the season at the top of the standings. Alabama was the last to do so (2017).

– No. 13 North Carolina State is ranked in the preseason for the first time since 2003. The Wolfpack tied its best preseason ranking. They were also 13th in 1975.

– The No. 20 Kentucky makes his first appearance in a preseason poll since 1978.

– No.22 Wake Forest has entered the pre-season rankings for the first time since 2008.

– Texas A&M has the second-best preseason ranking for a team that finished the previous season unranked. Ohio State was No. 3 in the 1972 preseason poll after going unranked at the end of the 1971 season and Notre Dame also started No. 6 in 1983 after finishing unranked in 1982.

How did the seasons unfold in these teams? Ohio State went 9-2 and finished the season No. 9. The Irish went 7-5 and again unranked.

– LSU with new coach Brian Kelly will start the season unranked for the first time in 2000, the first of Saban’s five seasons as Tigers coach.

– Florida and Florida State are unranked to start the season, which hasn’t happened since 1974.

You have to go all the way back to 1990, when six schools with coaches entering their first full season appeared in the pre-season Top 25, according to Sportradar. This list includes some notable names: Gary Moeller, Michigan; Ken Hatfield, Clemson; Gene Stallings, Alabama; Jack Crowe, Arkansas; Paul Hackett, Pittsburgh; and John Jenkins, Houston.

For the fourth consecutive season, the Southeastern Conference has three teams in the top six.

The Atlantic Coast Conference tied its best showing in the preseason poll with five teams. The ACC has reached this number four times before.