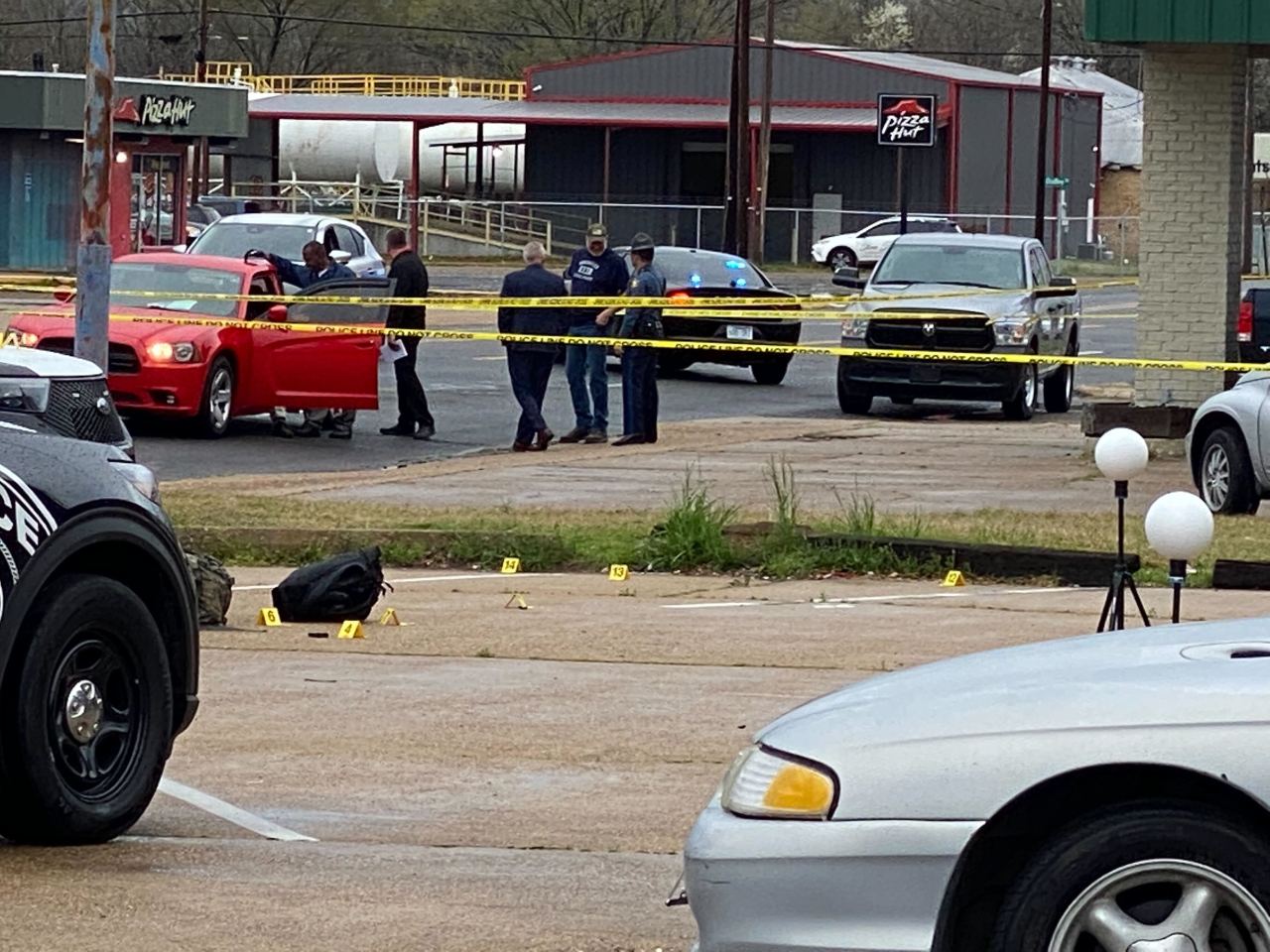 State Police say the shooting involving an officer occurred in the 200 block of East Street around 1 p.m. when two Texarkana, Arkansas police officers spotted the escapees outside one of the businesses and approached them in an attempt to capture them.

“As one officer was taking an escapee into custody, the second officer encountered resistance from the other inmate who began to fight with the officer and attempted to gain control of the second officer’s gun. “, reads in a press release released Monday evening by the State of Arkansas. Police. “During the struggle, the shot was fired causing the first officer to shoot the inmate who was fighting with the second officer.”

Witnesses told KTAL/KMSS they heard gunshots around lunchtime and walked out to see a man on the ground in the parking lot of an empty business between M&M Burgers, Etc. and Ralph’s Glass Shop.

By late afternoon, evidence markers dotted the parking lot and a tent was erected near one of the officer’s police SUV units. A coroner’s van arrived at the scene shortly before 6 p.m.

Police have not identified which of the escaped inmates was killed, pending next of kin notification. State police said his body will be taken to the Arkansas State Crime Lab to confirm the cause and circumstances of death.

According to the Bowie County Sheriff’s Office, Michael Olson, 30, and Wayde Land, 38, escaped from the facility overnight by breaking through the exterior cinder block wall on the south side. The breach was located on the second floor of the prison annex. Once outside, they were able to maneuver through the perimeter fence and concertina wire before fleeing the facility.

Arkansas State Police have been notified and are currently investigating the incident. They say special agents from the state police’s Criminal Investigations Division are continuing to take witness statements and evidence associated with the shooting. The investigative brief prepared by the state police will be submitted to the Miller County District Attorney, who will determine whether a law enforcement officer’s use of deadly force during the incident complied with the laws of Arkansas.