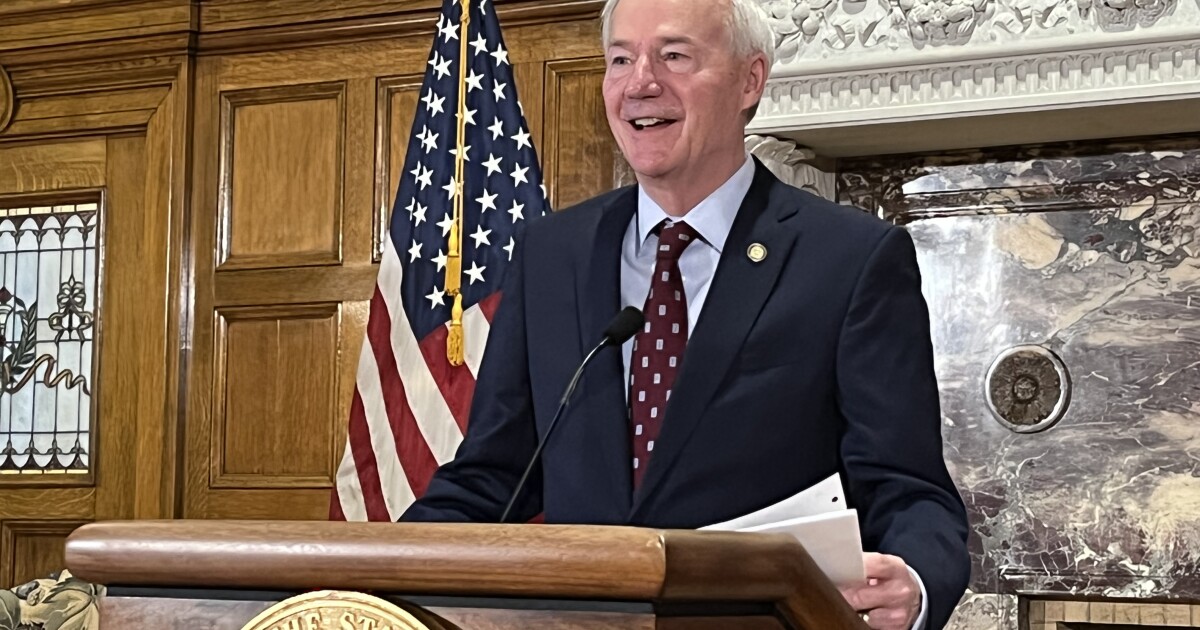 With tax revenues continuing to beat projections, Arkansas is on track to have a $1 billion surplus by the end of the fiscal year, which ends in June.

In a meeting with reporters on Friday, Gov. Asa Hutchinson said it was great news to see state revenues continue to beat projections. He said lawmakers will have to decide how they will use the funds.

“Whenever you look at the options for that money, I will definitely work with the legislature and listen to them. We will all make a joint decision on what action to take,” Hutchinson said.

The governor added that he would like to use the money to expand broadband internet service and build new school facilities, which are seeing construction costs rise due to inflation. Since it is limited in time, it should hold a special session to draw on funds.

John Shelnutt of the Department of Finance and Government’s Office of Economic Analysis and Fiscal Research said in an interview that his department, as well as the Office of Legislative Research, both predict there will be a surplus $1 billion by June 30.

The last revenue report in March projected the budget surplus to be $600 million by the end of June, but revenue continues to beat forecasts. Schelnutt explained that this fiscal year will end with a surplus of $456 million, or $192 million more than the $264 million the department had forecast.

In an interview with KUAR News, Shelnutt said part of the reason revenue continues to beat projections is that the department has been planning conservatively due to the depletion of federal stimulus funds.

“Business revenues in Arkansas will be very strong for a second straight year. Normally we don’t roll the dice and count on it, so it’s going very well compared to the forecast. Sales tax is doing well,” Shelnutt said.

According to the National Conference of State Legislatures, many states are reporting surpluses due to federal government assistance to state governments.

The state revenue report, to be released early next month, will confirm whether these projections are accurate.

Arkansas has requested a 61% reduction in federal aid for COVID-related rental assistance. Hutchinson told reporters he made the request in a letter to US Treasury Secretary Janet Yellen.

The governor said the state does not need the full $146 million allocated since the state’s economy is doing well.

“The economy came back with lots of jobs and we put in place housing assistance programs that were pre-pandemic. We are back to a stage where people are working to the same extent before the pandemic,” Hutchinson said.

The COVID-related rental assistance available to the state will be provided as a grant to two nonprofits, Our House and Restore Hope, for a pilot program. The grants will be used by the nonprofit organizations to hire social workers who will work with families through short-term housing support and job training.

“The goal is for parents to not only have a job today, but to gain the skills and education necessary to embark on a career that can support their families not only now but also in the future. ‘future,” Hutchinson wrote in his letter.

According to the Arkansas Department of Social Services website, the state stopped accepting applications for housing assistance on April 1. Hutchinson said the state has no plans to reopen the portal.

Garth Brooks and his fans ready for the concert on Saturday