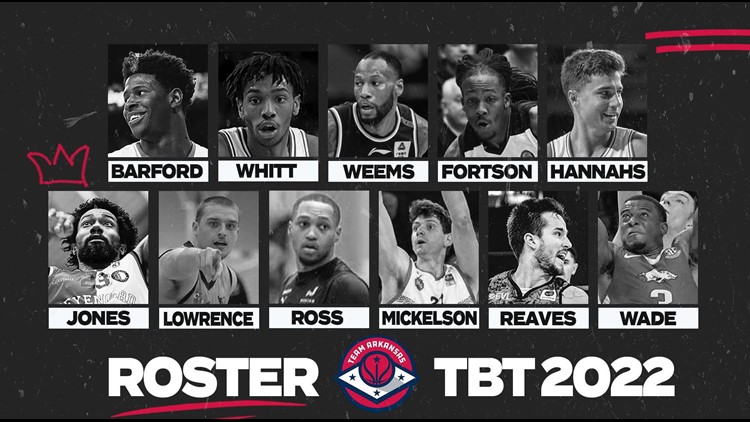 LITTLE ROCK, Arkansas — The Arkansas squad reloaded with former Razorbacks and Arkansas natives for the basketball tournament in July. The $1,000,000 summer event with 64 winning teams will be broadcast nationally by ESPN and will feature alumni teams from numerous colleges.

Monty Patel, a former assistant at Jacksonville and now head coach at eStem Charter High School in Little Rock, is back for his second season coaching the UofA alumni team. Nick Walters caught up with Patel to find out more about the tournament in which his team will represent the natural state. See the full story below.

“It’s a good showcase for professional players who play overseas or in the G-League, and some who have played in the NBA, to show off their abilities and compete at a high level,” Patel said.

“There are a lot of storylines” what if “along the lines of” what if Jaylen Barford and Dusty Hannahs were on the same team with Sonny Weems? What if they played with a Courtney Fordsen? What if they were part of the Elite Eight team with Trey Wade? What would that look like? It’s a great experience for Razorback fans.

The Arkansas team will begin play Saturday, July 16 in the Omaha area. Check out Nick’s story to learn more about Patel on TBT and his first high school head coaching job at eStem.