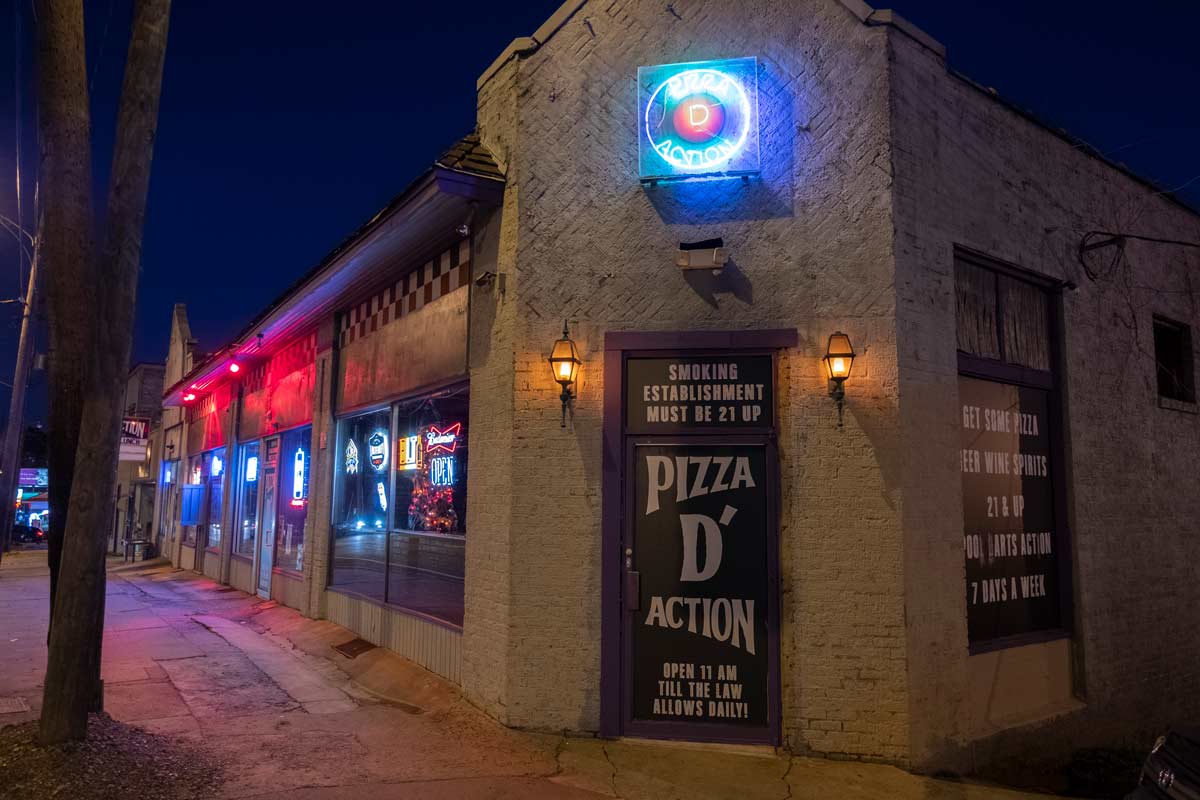 A man was shot dead outside Pizza D’Action on West Markham at Stifft Station shortly after midnight on Friday.

A few minutes ago I received a press release from the Little Rock Police Department about the shooting, the first official statement I’ve seen. In its entirety:

Just after 1 a.m. on Saturday, March 26, 2022, Little Rock police officers responded to 2919 West Markham Street in reference to a call for service “a shooting just happened.” Upon arrival, officers discovered a Caucasian male victim, later identified as Charles Willis, 53, of Little Rock, who died of an apparent gunshot wound to his person. The Pulaski County Coroner responded and took custody of Mr. Willis’ body and transported him to the Arkansas State Crime Lab for an autopsy.

Homicide detectives and the crime scene investigation unit were notified and responded. Detectives scoured the area for witnesses and surveillance footage. This investigation is ongoing and took place in the 12th Street Division.

I’ll say it again: that’s NOT how it worked in the good old days of my first 47 years in Little Rock. They employed information officers who endeavored to tell you, as soon as possible, even in the middle of the night, the victim of a crime and the general circumstances of what had happened. Today you get this. If you ask for more information, the response is usually “That’s all I know”.

I was standing about 8 feet from Charlie and the man who shot him. The man had been wandering outside for a while in the parking lot across the street. Someone in my group had a few moments before they came in and told my group that there was a guy outside who was shouting at some of my wife’s friends who had gotten out in their car. He said the guy said something about having a gun. I went out to check them out but by the time I joined them he was gone, I hadn’t realized it at the time but he had gone to a pizza ds (we probably passed each other). I made contact with the women and went back to pizza ds, as I turned around the corner I heard screaming. He had walked into the bar and grabbed a beer from the bar, the bouncer dragged him out/followed him and he pulled a gun out of his sock, the bouncer then grabbed him and tried to fight him off but the man shot him once or twice its hard to remember i ran behind a car and pulled out my gun to protect myself but when i came out of cover he was turning the corner and me was turning his back and was clearly leaking so i didn’t shoot, he jumped into a silver Honda type car and drove the fastest I’ve ever seen anyone drive in reverse. I couldn’t figure out if I wanted him to crash more, leave more… I ran to my truck for my bag with a quick clot and chest seals, but the bouncer had passed the when I came back. Sorry for the typos, I’m shaking more than I expected.

Can I verify this account, right? But I suspect the police might. And they probably did so long ago. One of the reasons is that there is surveillance video. And another Pizza D’ regular says the police know the suspect. He told me:

My boyfriend was shot and killed for kicking out this guy who was already banned for causing violence in the establishment before.
As soon as he got him out, the guy pulled out a gun, shot him and ran away.

So can he be identified?

Yes, they knew who he was and had security records, police said they would take him into custody late Sunday, but there was no update.

Another homicide was reported around 9 a.m. Sunday on Patterson Road in southwest Little Rock. Moments ago, the police finally heard about this murder. Again, the press release in full:

Just after 9 a.m. on Sunday, March 27, 2022, Little Rock Police officers responded to the 5700 block of Patterson Road to check on a subject’s condition. They were informed that the subject was slumped at the wheel of a white van. Upon arrival, officers discovered that the subject in the vehicle was apparently suffering from gunshot wounds. MEMS was notified and responded. Subject was pronounced dead at the scene. Officers also located several empty shell casings in the parking lot. The coroner responded and transported the body of the deceased to the State Crime Lab for autopsy and positive identification.

The police could do better. For some reason, back in the days of Chief Keith Humphrey, they chose to run things that way. I do not understand.