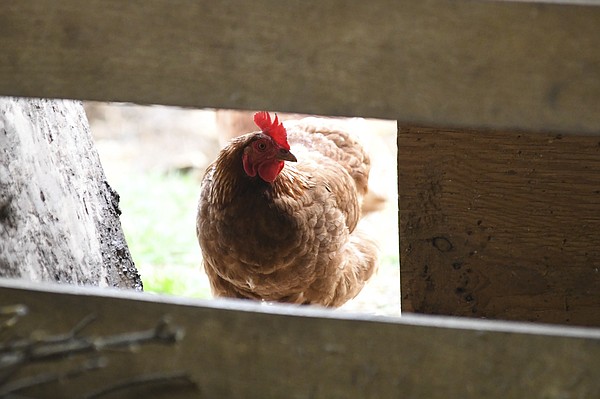 Brad Moline, a fourth-generation Iowa turkey breeder, has seen this happen before. In 2015, a virulent bird flu epidemic nearly wiped out his flock.

Barns once filled with chattering birds were suddenly quiet. Employees were distressed at having to kill sick animals. The family business, created in 1924, was in great danger.

His business resumed, but now the virus is back, again putting the country’s poultry farms at risk. And this time, there’s another pernicious force at work: a powerful wave of misinformation claiming bird flu isn’t real.

“You just want to bang your head against the wall,” Moline said of Facebook groups in which people insist the flu is fake or, possibly, a bioweapon. “I understand the frustration with the way covid has been handled. I understand the lack of trust in the media today. I get it. But it’s real.”

Although posing little risk to humans, the global outbreak has led farmers to cull millions of birds and threatens to drive up already rising food prices.

It also spawns fantastical claims similar to those that have arisen during the covid-19 pandemic, highlighting how conspiracy theories often emerge in times of uncertainty, and how the internet and a growing distrust of science and institutions fuel their spread.

The claims can be found on obscure online message boards and major platforms like Twitter. Some versions claim that the flu is fake, a hoax used to justify reducing the supply of birds in an effort to drive up food prices, either to destroy the world economy or to force people to become vegetarians.

“There is no ‘bird flu’ outbreak,” one man wrote on Reddit. “It’s just Covid for the chickens.”

Other posters insist that the flu is real, but has been genetically engineered as a weapon, perhaps meant to trigger a new round of covid-style lockdowns. A popular version of the story in India posits that 5G cell towers are somehow to blame for the virus.

As evidence, many who claim the flu is fake note that animal health authorities monitoring the outbreak are using some of the same technology used to test for covid-19.

“They are testing animals for bird flu with PCR tests. This should give you a clue as to what is going on,” one Twitter user wrote, in a post that has been liked and retweeted thousands of times.

In truth, PCR tests have been commonly used in medicine, biology, and even law enforcement for decades; their creator won a Nobel Prize in 1993.

The reality of the outbreak is far more mundane, if not less devastating to birds and the people who depend on them for their livelihoods.

Farmers in states like Wisconsin, Iowa, Nebraska and South Dakota have already culled millions of poultry to prevent the outbreak from spreading. Zoos across the United States have moved exotic bird exhibits indoors to protect their animals, and wildlife authorities are discouraging the feeding of backyard birds in some states to prevent the spread by wild birds. . The disease has also claimed the lives of bald eagles across the country.

The first known human case of the H5N1 outbreak in the United States was confirmed last month in Colorado in an inmate who had participated in the slaughter and disposal of poultry at a local farm.

Most human cases involve direct contact with infected birds, which means the risk to a large population is low, but experts around the country are closely monitoring the virus just to be sure, according to Wisconsin Veterinary Director Keith Poulsen. Diagnostic Laboratory, an agency that tracks animal diseases in part to protect the state’s agricultural industries.

“I can guarantee you this is the real deal,” Poulsen told The Associated Press. “We are certainly not making this up.”

Poultry farms drive the local economy in parts of Wisconsin, Poulsen said, adding that a devastating bird flu outbreak could create real hardship for farmers as well as consumers.

Although the details may vary, the avian flu conspiracy theories all reflect a mistrust of authority and institutions, and a suspicion that millions of doctors, scientists, veterinarians, journalists and elected officials around the world can no longer be trusted.

“Americans clearly understand that the federal government and the mainstream media have repeatedly lied to them and are completely corrupted by the pharmaceutical companies,” said Dr. Joseph Mercola, an osteopath whose discredited claims about vaccines, masks and the coronavirus have made him a top source. misinformation about covid-19.

Mercola’s interest in avian flu goes back years. A 2006 book for sale on its website, which Mercola uses to sell unproven natural remedies, is called “The Great Bird Flu Hoax.”

Polls show that trust in many American institutions — including the news media — has plummeted in recent years. Trust in science and scientific experts is also declining, and along partisan lines.

Moline, the Iowa turkey farmer, said he sympathizes with people who question what they read about viruses, given the past two years and bitter debates over masks, vaccines and locks. But he said anyone who doubts the existence or seriousness of bird flu does not understand the threat.

The 2015 outbreak was later considered the costliest animal health disaster in US history. The Moline farm had to cull tens of thousands of turkeys after the flu entered one of its barns. Farm workers now adhere to a hygiene policy intended to limit the spread of viruses, including using different pairs of boots and clothes for different barns.

Conspiracy theories are bound to thrive in times of social unrest or unrest, according to John Jackson, dean of the University of Pennsylvania’s Annenberg School of Communication.

Before the Internet, there were probably just as many people who privately doubted explanations for big events, Jackson said. But they had limited opportunities to connect with like-minded people, little chance of gaining new converts, and no way to spread their opinions to strangers.

Now conspiracy theories that are gaining popularity — like the QAnon movement or discredited claims about covid-19 — work because they give believers a sense of control in a rapidly changing, interconnected world, Jackson said. While they can appear after disasters, assassinations, or plane crashes, they can also appear in times of social upheaval or rapid change.

“There isn’t a phenomenon on the planet, be it bird flu or 5G, that isn’t already primed for the conspirators,” Jackson said. “Now we have the coronavirus, which has traumatized us so deeply…we’re looking at this same idea of ​​bird flu with completely new eyes, and we’re bringing different kinds of conspiracy to it.”

Claims that bird flu is a hoax used to drive up food prices also highlight real concerns about inflation and food shortages. Concerns that the flu is somehow linked to 5G towers underscore concerns about technological change. Suggestions that it will be used to impose vegetarianism, on the other hand, reflect uncertainties about sustainable agriculture, climate change and animal welfare.

By creating explanations, conspiracy theories can offer the believer a sense of power or control, Jackson said. But he said they also defy common sense in their cinematic fantasies about vast, sprawling conspiracies of millions working with clockwork efficiency to undermine human affairs.

“Conspiracy theories are based on the idea that humans have the ability to keep secrets,” Jackson said. “But they underestimate the reality that we’re not very good at guarding them.”