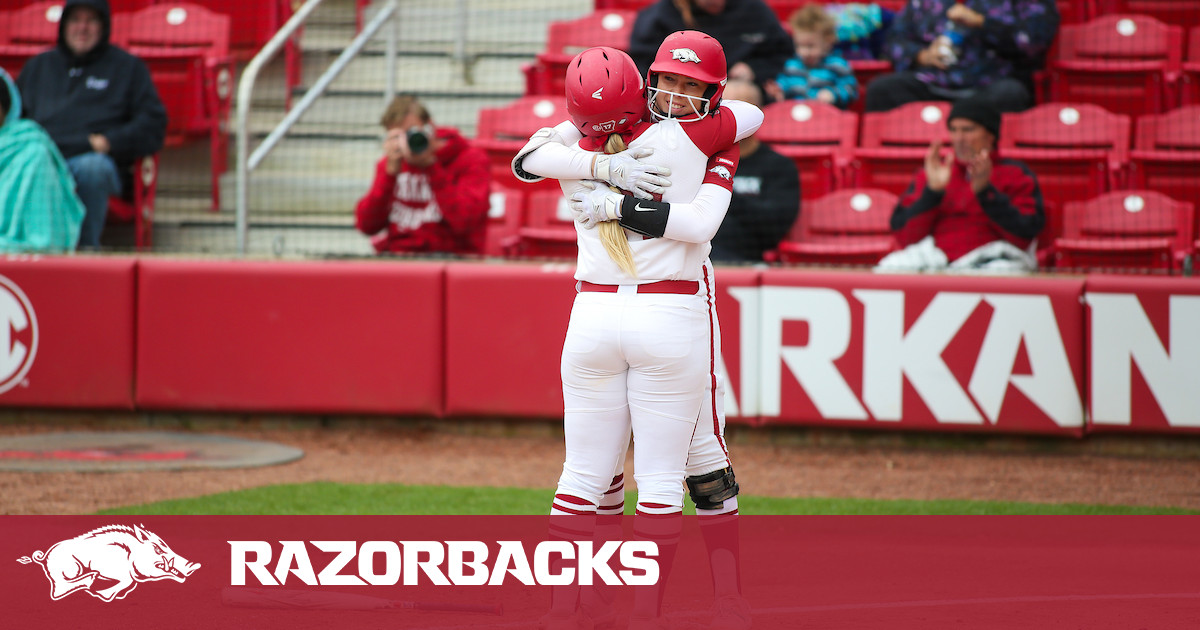 FAYETTEVILLE, Ark. – A four-hit shutout by Chenise Delce paired with 11 hits from the Razorback offense propelled Arkansas’ No. 6 past Kentucky’s No. 12, 8-0, in six innings for the sixth straight win of the Razorbacks in the Conference Series and the fifth of the season.

Arkansas improves to 32-8 overall and 11-4 in conference. The Razorbacks are the only SEC team that hasn’t dropped a streak this season. Arkansas combined for 11 hits and four homers against the Wildcats, who held the lowest ERA in the SEC entering the series.

Senior KB Sides had a career flat day, putting out two career-high homers while drawing a walk. Senior Danielle Gibson tied her season high in hits with three and recorded an RBI. Graduate Taylor Ellsworth and junior Audrie LaValley each had one hit and one RBI. Senior Hannah McEwen and rookie Kacie Hoffmann also hammered base hits.

How did it happen

Arkansas struck first on Ellsworth’s solo tank in the first.

LaValley’s RBI single at center in the second added a second run for the Hogs.

Arkansas took a 5-0 lead on Malkin’s three-point crank on left in the third.

The sides’ first home run of the game, a solo outburst in the fourth, pushed the lead to 6-0.

Another Sides home run in the sixth made the lead 7-0. A few hits later, Gibson had his third hit of the day to send McEwen home and secure Arkansas an 8-0 win in six.

Arkansas travels to No. 9 Florida for a three-game set April 22-24.