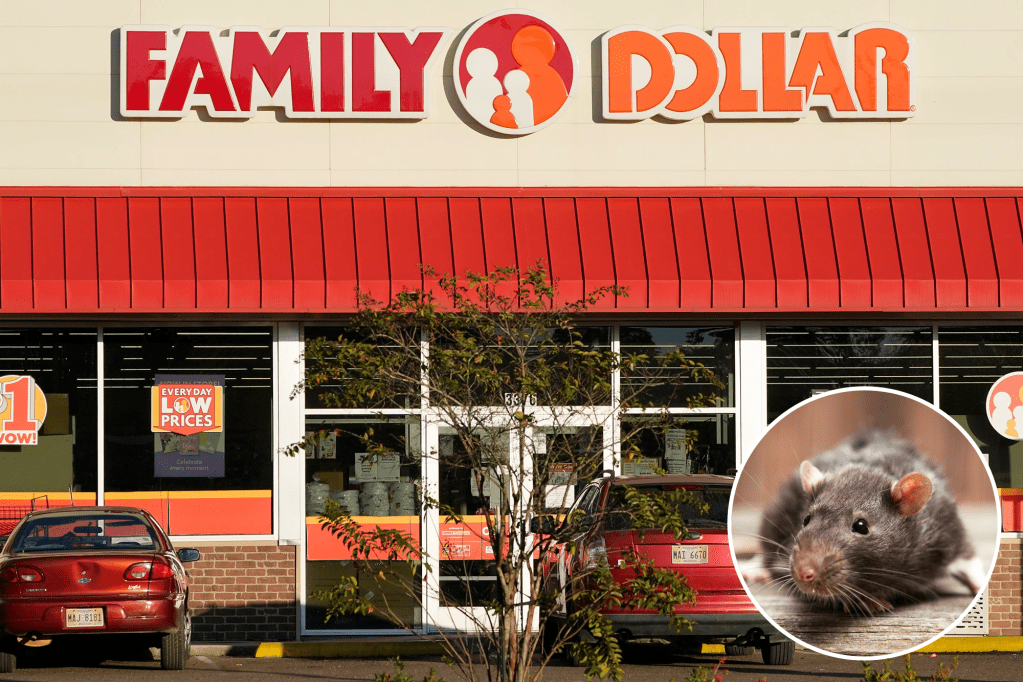 More than 1,100 dead rodents were discovered at a Family Dollar distribution center in Arkansas, prompting product recalls at hundreds of stores across the South.

The crude scene was discovered by the US Food and Drug Administration after receiving a consumer complaint in January.

Inspectors entered the facility in West Memphis, Arkansas and found live and dead rodents, as well as “rodent droppings and urine, evidence of rodent gnawing, nesting and odors throughout. facility, dead birds and bird droppings, and products stored in conditions that did not protect against contamination,” the FDA said, according to a report.

“Products covered by this recall at the retail level all include: (i) drugs; (ii) medical devices; (iii) cosmetics; (iv) dietary supplements; and (v) human and animal (pet) food products,” the FDA said.

Products purchased from January 1 through the present are covered by the recall, which includes stores in Alabama, Arkansas, Louisiana, Missouri, Mississippi and Tennessee.