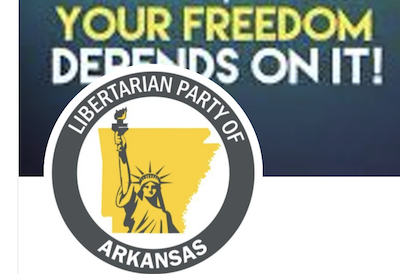 Another day, another law passed by the Arkansas legislature was found to be deficient by a federal judge.

Judge Kristine Baker permanently banned a 2019 law that made it harder for third parties to qualify for the general election ballot. The United States Court of Appeals for the 8th Circuit had already upheld a preliminary injunction in the case, but Secretary of State John Thurston continued to argue for the law. The judge dismissed the state’s argument in an 83-page order issued Friday, along with the permanent injunction.

She said she ruled for the plaintiffs because of the combined effect of an early delay in the collection of petitions by the new political parties; a 90-day petition period; a requirement to collect petitions signed by three percent of voters in the last gubernatorial election (about 26,000) and a requirement that new party candidates declare before major party candidates are selected. She said the state had provided no compelling interest in setting those limits.

The Libertarian Party has successfully challenged ballot limits before. The judge noted the party’s argument that the law appeared to serve partisan ends, to protect Republican candidates from a possibly inaccurately perceived loss of voters to third-party candidates.

This is an issue for the 2023 legislature. The Libertarian Party said:

LPAR plans to work with the next legislature to help develop a more fair and equitable process for political parties to have access to the ballot in Arkansas. If you want to see libertarians actively at the table, vote for our candidates for the Arkansas legislature!

Just and fair? The Republican-dominated Arkansas Legislature. We will see. They don’t like people to vote unless the votes are made by and for Republicans.

Keys to Alabama’s win over Arkansas