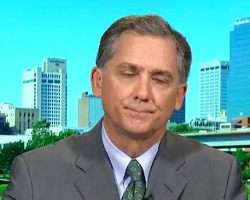 French Hill: Hypocrite of the Day

You have to laugh at Rep. French Hill’s Republican the introduction of legislation “is not going anywhere” to resume federal rent assistance money the Biden administration clawed back states like Arkansas.

He calls moving money to places like California and New York an attack on rural areas.

2. The State of Arkansas, led by a Republican Governor, either did a pitiful job of running the program or, as with so many things, just didn’t appreciate handing out federal money to poor and slowed it down. See also the failed manipulation of the unemployment assistance program.

This reminder is a state that treats tenants like barnyard trash and allows them to be criminally prosecuted for non-payment of rent, no matter how unlivable the unit is and how bad the tenant’s situation is. .

Didn’t Hill read the newspaper when the legislature suspended the spending of the money because it felt the process wasn’t taking adequate steps to ensure the money got to the owners? Did he miss when the state was called for spending only $7 million of the $173 million he had on hand and the governor promised to do better?

I could go on. But you get the idea. French Hill is the worst person in the world today.

PS: A reminder that Hill’s hypocrisy runs in a family growing on government money.

REX NELSON: The Rockefeller of Arkansas