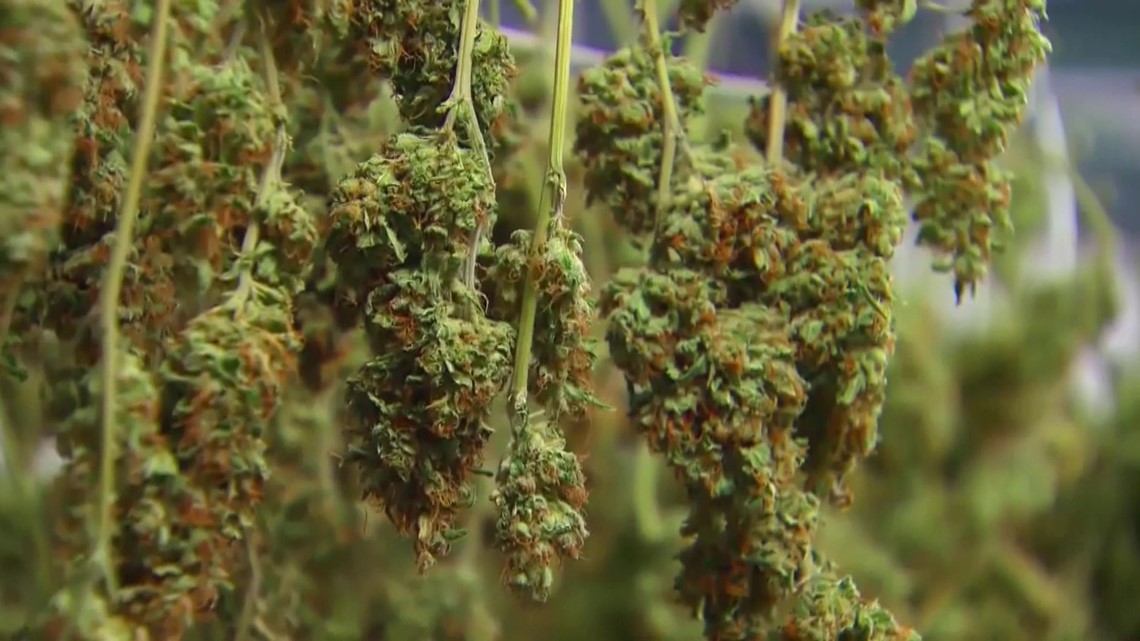 Two petitions have been filed in Arkansas to legalize recreational marijuana.

ARKANSAS, USA — There were five recreational marijuana applications filed with the Arkansas secretary of state, but there are now only two. They are all canvassing statewide in hopes of getting enough signatures to run for the November ballot.

“I think it’s a safer drug than alcohol. I think there are much worse things being prescribed by doctors right now,” Jesse Raphael said.

The Arkansas True Grass group is collecting signatures for their petition, the Arkansas Recreational Marijuana Amendment of 2022. In their amendment, anyone over the age of 21 could grow up to 12 marijuana plants in their home. It would also require that anyone who has committed a non-violent cannabis-related offense be released from prison and that any previous or current record for the same offense be expunged from your record.

Jesse Raphael says there are a lot of people who don’t want to get a medical marijuana card.

The other amendment is the Arkansas Adult-Use Cannabis Amendment from the group Responsible Growth Arkansas. Eddie Armstrong is the president and says their amendment does not allow home cultivation to protect children. Their amendment would also remove the patient tax on medical marijuana and transfer it to people who buy it for recreational purposes. He says they would add 40 dispensaries across the state and 20 more craft-growing facilities.

“With these homegrown grow facilities, you will see opportunities for lower yield, higher quality, and better product from some patients who might need it in the medical space and/or recreational patients who might want to buy it. “, said Armstrong.

Responsible Growth Arkansas President Eddie Armstrong says support for recreational marijuana is growing across the country and they are excited to bring their amendment to the Arkansans.

“We believe that legalizing cannabis for adult use in Arkansas will allow Arkansans to make their own decisions regarding cannabis use and, more importantly, provide funding for law enforcement. and health care,” he said.

Both groups have until July to collect just over 89,000 signatures and say they are halfway there. The Arkansas Medical Marijuana Commission says that since opening the first medical marijuana dispensary in May 2019, Arkansas has collected $65 million in tax revenue. They say that on average, Arkansans spend $22 million a month on medical marijuana.