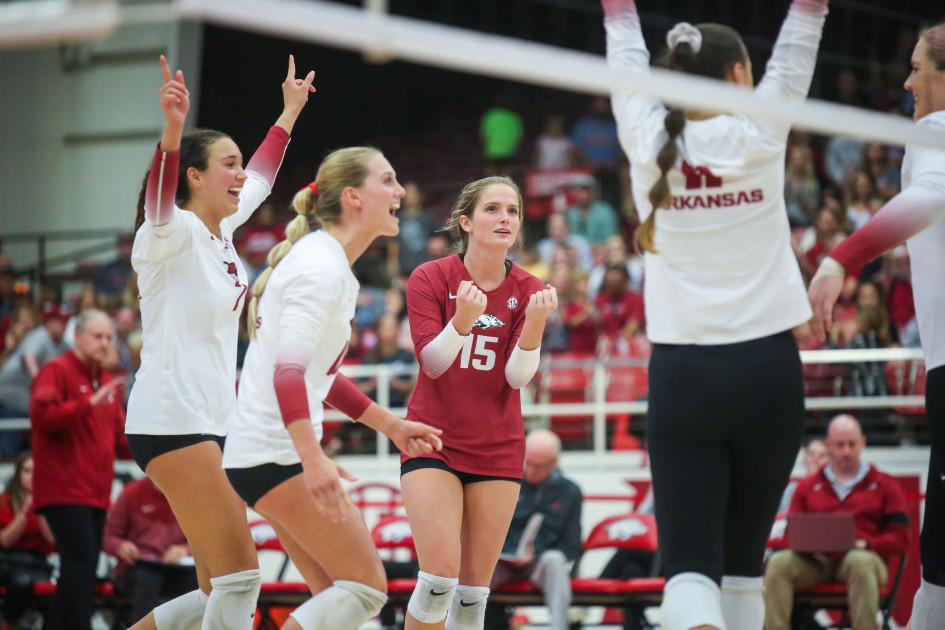 Hogs take on Alligators in Gainesville this weekend

Arkansas’ volleyball program returns to action after a 10-day hiatus with an SEC series against Florida at Sunshine State on Saturday and Sunday.

The No. 14 Gators have already played this week, a sweep against Auburn on the road Wednesday night, which took them 8-2 in the SEC and 16-4 overall, good for first place in the conference. The Hogs are currently 5-4 in SEC play and 14-5 this season.

This weekend’s games are the first between the two teams in Gainesville since the spring 2021 season. Saturday’s contest is scheduled for noon CT and will air on SEC Network Plus. Sunday’s game will start at 11 a.m. and will be broadcast live on SEC Network.

Last outing
Arkansas hosted Texas A&M last Wednesday and while the Hogs won the first two sets, the Aggies came back and forced a fifth. The home side emerged victorious in the Razorbacks’ second five-set victory of the season. It was capped off with a solo block from Taylor Head, who also matched his career high of 23 kills and 15 digs for a double-double. His performance earned him SEC Offensive Player of the Week honors for the first time in his career. Senior Maggie Cartwright recorded a career-high 21 eliminations in the game, and rookie Avery Calame made an impressive Arkansas debut with 11 eliminations and 12 recoveries for a double-double.