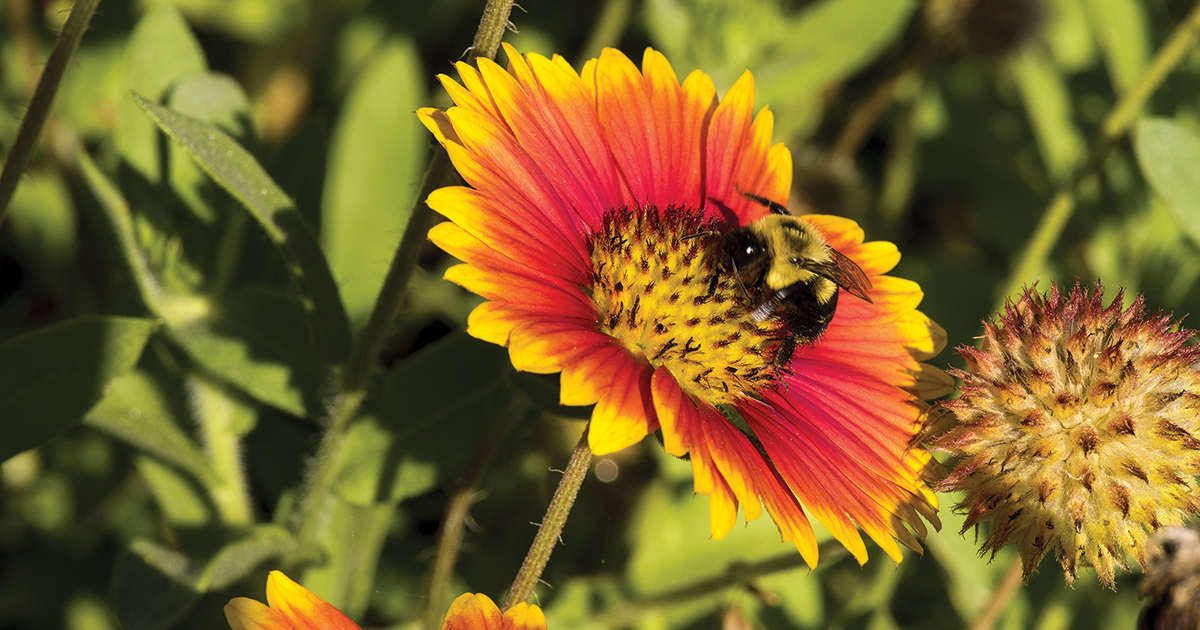 A dwindling bee population will have all sorts of negative ramifications for food production, but there is a small way the people of Arkansas can help these insects pollinate their environment.

Researchers at the University of Vermont suggest delaying spring mowing so flowers like dandelions can provide early-season food resources for pollinators. These food sources are important for pollinators such as bumblebees, mason bees and others that emerge in March.

According to the Xerces Society for Invertebrate Conservation, early spring mowing can also destroy any pupae still clinging to last year’s grass and any overwintering shelter for pollinators appearing later.

“Dandelions are weeds for some homeowners, but for foraging bees they can be a welcome treat in otherwise barren urban lawns,” said Jon Zawislak, assistant professor of beekeeping and urban entomology in the division of agriculture from the University of Arkansas.

Zawislak said flowers in the dianthus family are very good sources of pollen, as are those of Virginia creeper. Clovers and lilies are also good spring sources for pollinators.

“While most people never notice the tiny flowers on this ubiquitous climbing weed, the bees certainly do,” he said. “Holly is another plant with small flowers that are easily overlooked, but it’s starting to bloom right now and can be covered in bees on a hot day.”

When trees begin to flower, they provide another vital resource for bees.

“At the start of the season, flowering trees are very important sources of pollen for bees,” he said. “In particular, maples, willows and ashes provide lots of nutrients, even though we don’t see them as having showy flowers.”

“A lot of things in the Rosaceae family, like pears, crabapples and wild plums, bloom briefly in the spring but with plenty of flowers for the bees,” Zawislak said. “The exception is the Bradford pear, which no one seems to like, except maybe people who build car parks. They are fast-growing trees, which makes them weak and unattractive to pollinators, and provide no edible fruit later for birds or other wildlife.

As summer progresses, lawns should be mowed less to help the bees.

“Research published by the University of Massachusetts Amherst and the US Forest Service suggests that homeowners can help support bee habitat in suburban environments simply by changing lawn mowing habits,” it said. he declares. Investigators found that taking a ‘lazy lawn mower’ approach and mowing every two weeks rather than once a week could help encourage bee habitats in suburban lawns by allowing flowers to bloom, which helps provide pollinators with more nutritious forage.”

Research ecologist Susannah Lerman and Joan Milam, UMass associate researcher and co-authors of the study “To mow or mow less: Lawn mowing frequency affects the abundance and diversity of bees in lawns suburban”.

Milam said she was amazed at both the diversity and abundance of bees their team documented in residential lawns.

“It speaks to the value of untreated grass in supporting wildlife,” she said.

Research ecologist Susannah Lerman said the findings are “a reminder that sustainability starts at home and, in this case, means doing less for more buzz”.

Bees are big business in the agricultural industry.

Insects pollinate about a third of the world’s food supply, according to Sustain, a nonprofit agricultural policy organization. Bees pollinate all kinds of fruits, vegetables, crops, and even some of the wild grasses used to feed livestock and other farm animals.

Their impact on the US economy is estimated at around $15 billion per year, according to Scientific American. During the winter of 2018-2019, beekeepers nationwide lost an estimated 38% of their bee colonies, mostly to an Asian parasitic mite resistant to certain mite-killing pesticides.

Arkansas has about 100 species of bees.