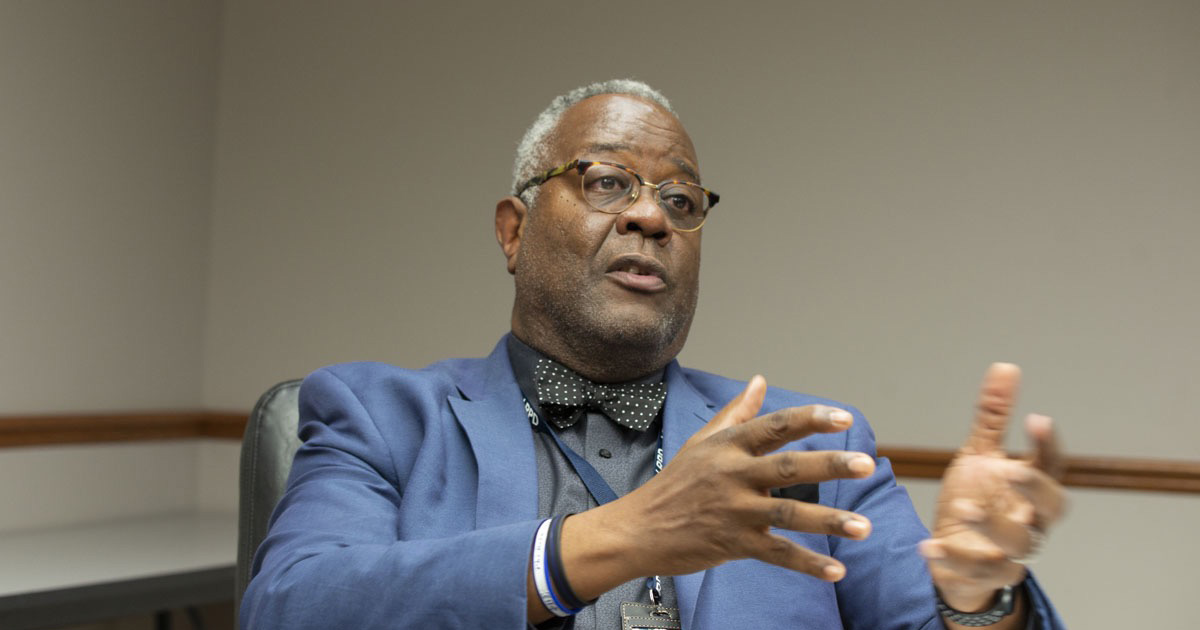 If it’s police news you want, you need to follow Mitch McCloy at KARK/Fox 16.

He just broke the controversial news Little Rock Police Chief Keith Humphrey is retired”. At 58 years old. After about three years of work.

A wave of homicides; an ongoing investigation into his opening fire over a dispute with a gas station (without wearing a body camera one night when he ordered everyone else to wear them), and his toxic relationship with the Little Rock Fraternal Order of Police (plus a losing lawsuit against FOP over their complaints about him) are just coincidences.

Much like the well-funded campaign for mayor of Steve Lander to spill Mayor Frank Scott Jr. Landers’ campaign has always been about the problem and the crime of policing.

Some of the usual overloaded verbiage will be coming out of the office of the mayor or one of his public relations minions before long.

Humphrey made some useful changes to the department, on no-hit raids, body cameras (which he didn’t use), more work on use of force. But he was a poor communicator. He had a temper. And he lost support even in some quarters that might have expected to like him.

Here is the master key to the usual suspects:

Mayor Frank Scott, Jr. today announced that Little Rock Police Chief Keith Humphrey has submitted a letter stating his intention to step down from law enforcement. Humphrey’s last day as head of the LRPD will be Friday, May 20.

“Chief Humphrey brought significant reform to our police service and renewed interest in community policing during his tenure as Chief,” Mayor Scott said. “He has remained loyal to his officers and to this city in the midst of adversity and difficult times. I appreciate his service to Little Rock, and wish him and his family the best as he move on to a new chapter.

Mayor Scott will launch a national search for Humphrey’s replacement. Meanwhile, Deputy Chief Crystal Young-Haskins will serve as interim chief from May 21.st and fulfill this role until further notice.

“Violent crime has increased in cities across the country in recent months, and I appreciate Chief Humphrey as an effective and innovative leader who has worked hard to build community relationships and reduce crime in Little Rock,” said said Mayor Scott. “Our next police chief will need to build on these efforts, while recognizing the immediate need to make our streets safer for residents. At the same time, the new leader will be an integral part of our holistic and collaborative approach to reducing violence.

PPS: A city spokesperson claimed the mayor did not suggest Humphrey move forward. Uh huh. And I’m sure it’s another one of those immaculate conceptions – a major decision announced at oddly inopportune times that – surprise! — Freedom of Information requests will not produce advance emails, documents or text messages on the subject. Think Top Golf, the Charles Blake consultancy contract and much more.

Humphrey, who arrived here in 2019, hasn’t been in Little Rock long enough to enjoy retirement benefits, but his experience in Oklahoma and Texas will benefit him. He can get a refund of the state pension contributions for police and fire that have been paid for him.

I asked if there were any financial details related to his “retirement”. The city says there is no financial arrangement for Humphrey’s departure, but referred my request for details down the rabbit hole where Little Rock FOI requests are traditionally mixed. A letter from Humphrey has been published. And I learned that his current salary is about $158,000 and that he has accumulated 341.8 hours of vacation time, over eight weeks, worth over $24,000 in travel money. 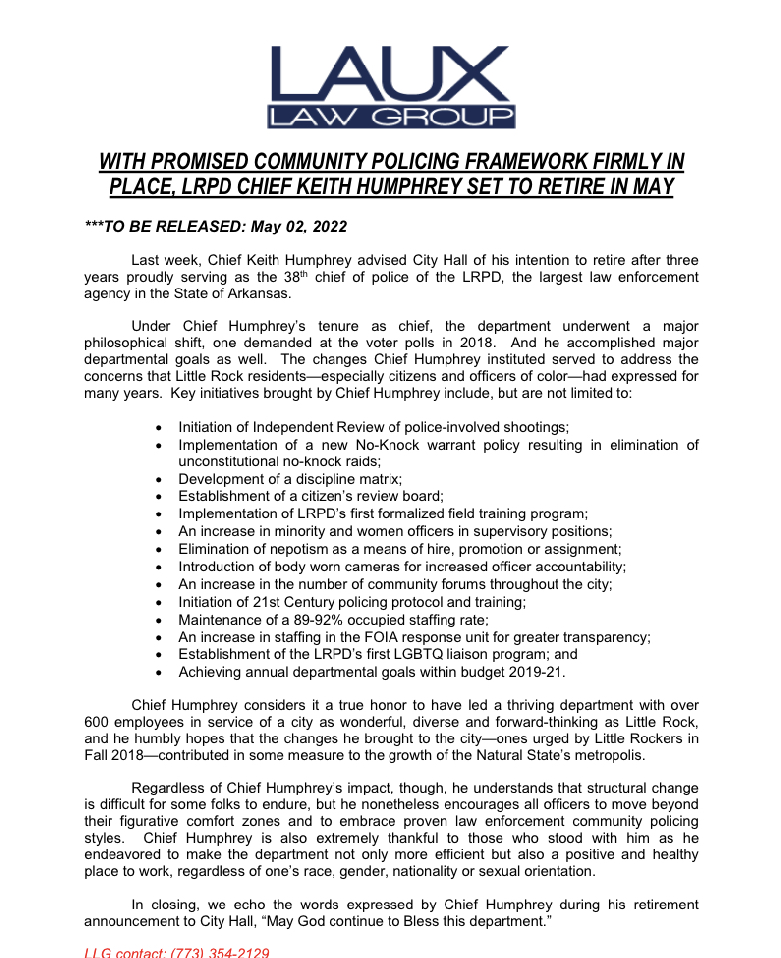