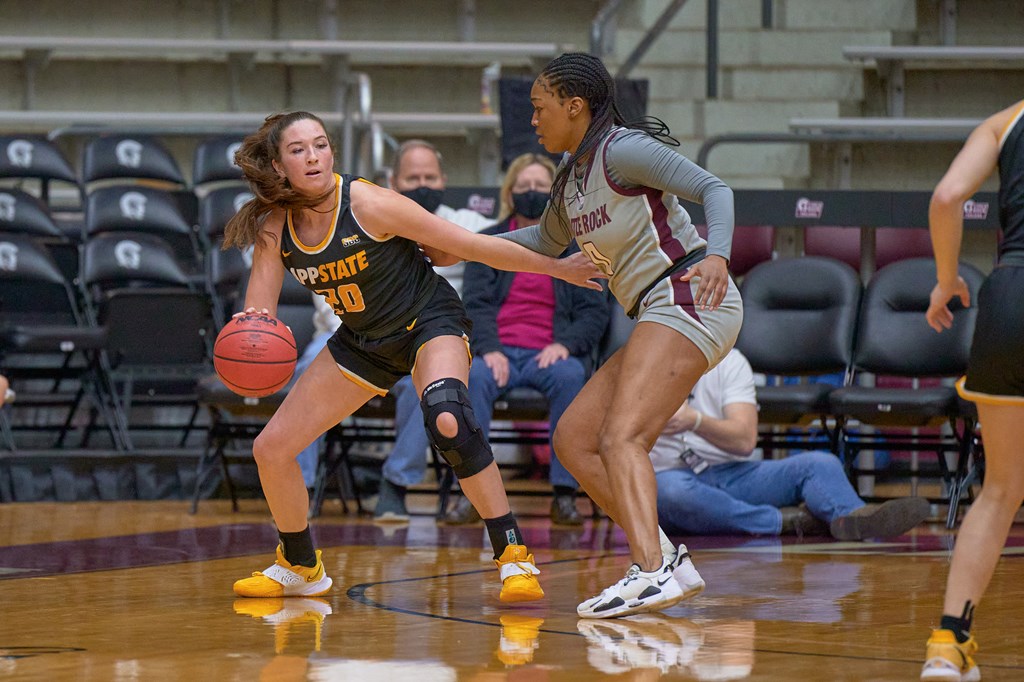 App State Women’s Basketball returned to the hardwood on Thursday, splitting a pair of games against Sun Belt rivals Arkansas State and the University of Arkansas at the Little Rock Trojans.

It was the Mountaineers’ first action since Dec. 21, after their previous four matchups were canceled due to COVID-19 protocols and team injuries.

The Black and Gold started the new year strong, scoring the most points by an App State team since the 2018-19 season. The high-scoring affair had 14 different draws and 12 lead changes, with neither team ever having more than an eight-point lead, but the Mountaineers fell 98-92.

Six Mountaineers finished with double-digit points, led by junior guard Janay Sanders with 19. Senior forward Alexia Allesch had her third double-double of the season, finishing with 18 points and 11 rebounds, matching her highs in career.

App State played again on Saturday, taking on the Little Rock Trojans. The Mountaineers started the game with a solid defensive effort, but couldn’t find a way to score as effectively as they did against Arkansas State.

In the first half of the game, App State never led the Trojans but managed to keep the score close and tied the game at 22 before halftime. Sanders led the way for the team with seven points at the break.

In the fourth quarter, App State went 11-2, extending its lead to 52-37, thanks to a pair of three-pointers from Allesch. Little Rock rebounded with a 12-2 run to cut App State’s lead to five, but the Mountaineers scored the final six points from the free throw line and emerged victorious, 60-49.

Five Mountaineers scored in double figures, led by Alston with 14. Sanders added 13, Porter and Carver fired 11 each and Allesch scored 10.

With the win, App State moves to 7-8 overall and 1-1 in conference. The Mountaineers are looking to build on their victory when they return home to host Louisiana on Jan. 20 and Louisiana-Monroe on Jan. 22.