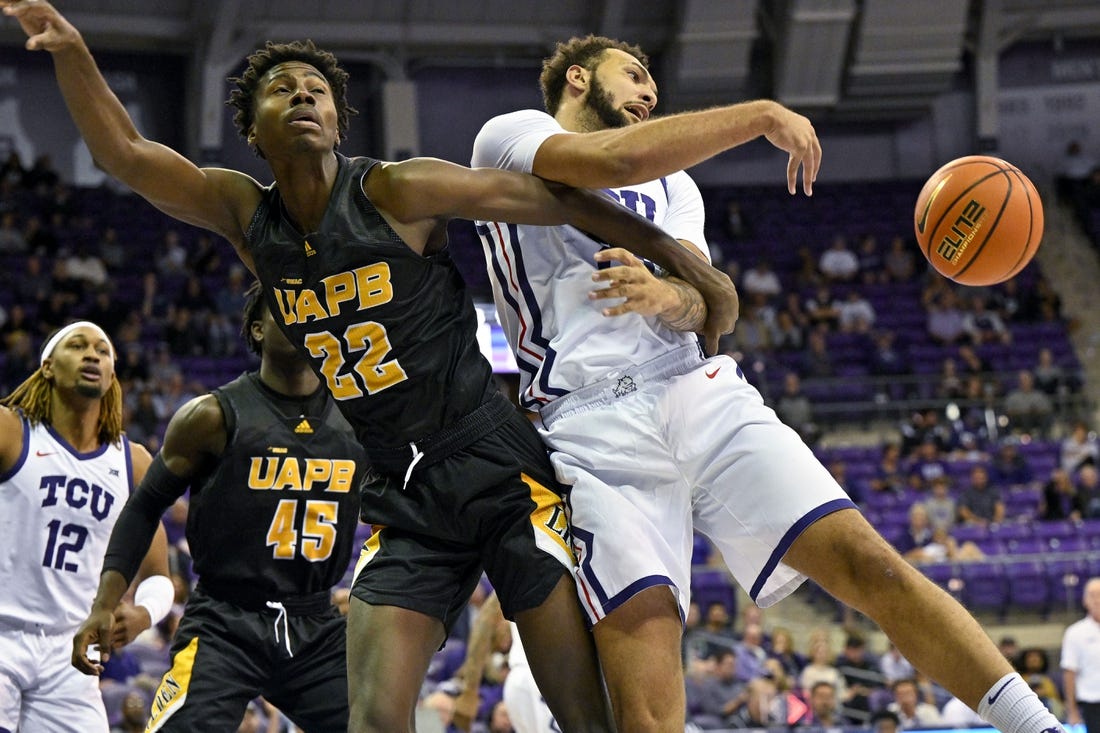 Emanuel Miller scored 19 points and Mike Miles Jr. had 15, including a key 3-pointer in the closing seconds, as the No. 14 TCU held off Arkansas-Pine Bluff 73-72 on Monday in the season opener for both teams. in Fort Worth, TX.

Arkansas-Pine Bluff led by no fewer than 20 points in the first half, 11 at halftime and 70-66 after a layup from Ismael Plet with 1:53 remaining. But the Horned Frogs rallied with two free throws from Micah Peavy, a 3-pointer from Miles and another pair of free throws from Chuck O’Bannon Jr. to take a 73-70 lead.

Plet brought the Golden Lions within a point on another layup with nine seconds remaining. After a missed free throw from O’Bannon and a rebound from Plet, Trejon Ware was out of place on a contested short base jumper at the buzzer that kept TCU going.

O’Bannon added 11 points and Peavy had 10 for the Horned Frogs.

Shaun Doss Jr. led all scorers with 25 points while Chris Greene added 13 and Kylen Milton had 10 assists for the Golden Lions.

Arkansas-Pine Bluff dominated the first 8 1/2 minutes, hitting six of their first 10 shots while building a 20-9 lead as Doss and Greene scored all of the Golden Lions’ points.

The Horned Frogs came back into the game attacking the basket and heading for the free throw line. TCU was 16-of-21 from the line in the first half and used a 7-2 run in the final two minutes of the half to move closer to 46-35 at the break.

The Horned Frogs tied it at 50 on two Peavy free throws with 13:47 remaining and took the lead on their ensuing possession on an Eddie Lampkin layup. Two more JaKobe Coles free throws capped an 11-0 run by TCU and pushed their lead to 54-50.