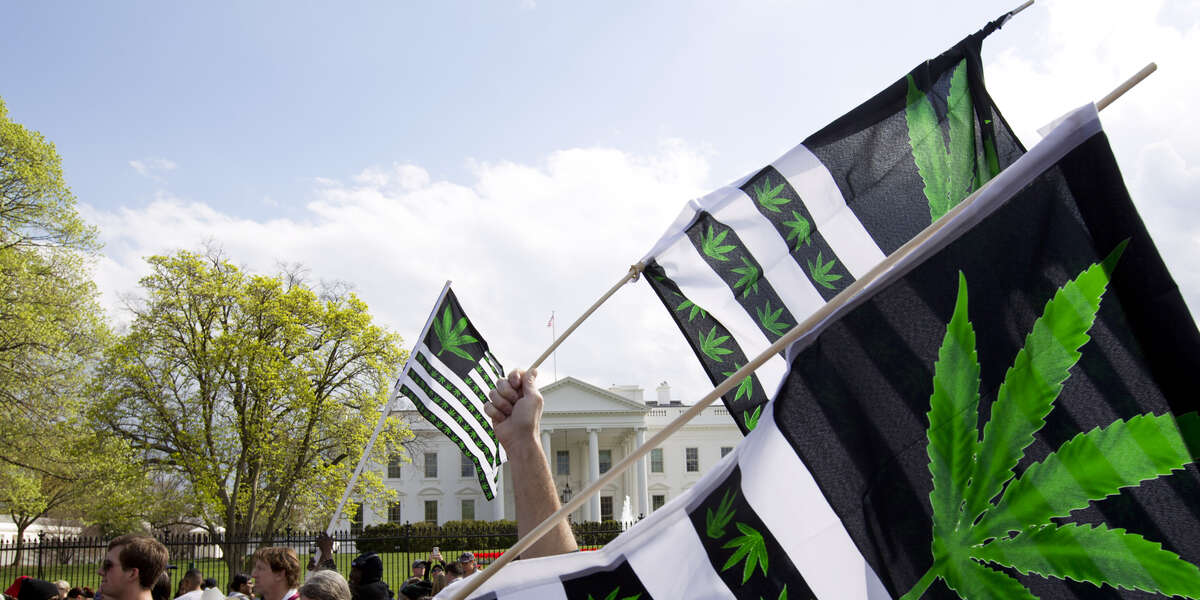 The initiative would have allowed people 21 and older to legally use marijuana at home as well as possess and grow restricted amounts of cannabis. The state could have registered up to seven marijuana manufacturing companies and 18 dispensaries.

Supporters of recreational marijuana legalization in North Dakota successfully brought the issue to a public vote by submitting more than the 15,582 valid petition signatures required to get it on the ballot.

North Dakota voters in 2018 also strongly rejected a marijuana legalization initiative that also included a provision that would have erased past pot-related convictions.

THIS IS A BREAKING NEWS UPDATE. AP’s previous story follows below.

LITTLE ROCK, Ark. (AP) — Voters in Arkansas have rejected a constitutional amendment that would have legalized recreational marijuana in the state.
The proposal fell through six years after Arkansas voters made the state the first in the Bible Belt to legalize medical marijuana. State dispensaries opened in 2019.

The initiative has attracted millions of dollars from supporters and opponents of legalization, with ads flooding state airwaves. Republican Gov. Asa Hutchinson, a former head of the federal Drug Enforcement Administration, opposed the measure.

An unlikely alliance of legalization opponents and some marijuana advocates has formed to campaign against the measure. Proponents of past legalization efforts have argued that the measure is too limited and would only benefit a small number of dispensaries.

THIS IS A BREAKING NEWS UPDATE. AP’s previous story follows below.

LITTLE ROCK, Ark. (AP) — Voters in five states were deciding on Election Day whether to approve of recreational marijuana, a move that could signal a major shift toward legalization in even the most conservative parts of the country.

The first result came in Maryland, where voters approved legalization, making it the 20th state to take the step. Measures were also on the ballot in Arkansas, Missouri, North Dakota and South Dakota.

“By voting for legalization, the people of Maryland have rejected the failed ideas of the past and chosen to reform their laws to protect civil liberties and promote racial justice,” said Erik Altieri, executive director of NORML, one of the oldest legalization advocacy groups in the country. in a report.

The state’s vote follows steps taken by President Joe Biden to decriminalize marijuana. Biden announced last month that he was pardoning thousands of Americans convicted of simple possession of marijuana under federal law.

Proponents of the marijuana initiatives said Biden’s announcement could give their efforts a boost.

About 6 in 10 voters support the legalization of recreational marijuana use nationwide, according to VoteCast, an extensive survey of more than 90,000 voters nationwide for The Associated Press by NORC at the ‘University of Chicago.

All five states currently have legal medical marijuana programs. That includes Arkansas, which in 2016 became the first Bible Belt state to approve medical marijuana. State dispensaries opened in 2019 and more than 91,000 patients have cards to legally purchase marijuana for medical conditions.

Legalization campaigns have raised approximately $23 million across the five states, with the vast majority in Arkansas and Missouri. More than 85% of contributions in those two states come from donors associated with companies holding medical marijuana licenses, according to an Associated Press analysis of the latest campaign finance reports.

In Arkansas, supporters ran upbeat ads touting the thousands of jobs they say will be created by the measure. Opponents aired more ominous spots, warning voters to “protect Arkansas from the big marijuana.”

The initiative has drawn criticism from traditional opponents of legalization as well as some medical marijuana advocates, who say Arkansas’ proposal imposes too many limits and would only benefit a handful of dispensaries. Republican Gov. Asa Hutchinson, a former head of the federal Drug Enforcement Administration, also opposed the measure.

Missouri’s proposal would legalize marijuana for recreational use for adults 21 and older and erase records of past arrests and convictions for nonviolent marijuana-related offenses except for sale to minors or driving under the influence. Maryland’s proposal will also make criminal law changes and create automatic expungements for prior marijuana possession convictions.

North Dakota’s measure would allow people 21 and older to legally use marijuana at home as well as possess and grow restricted amounts of cannabis. It would also establish policies to regulate retail stores, growers, and other types of marijuana businesses.

South Dakotans, including a significant number of Republicans, voted to legalize marijuana possession in 2020, but that law was struck down by the state Supreme Court in part because the proposal was associated with the medical marijuana and hemp. This year, the recreational pot stands alone in front of voters.

In Colorado, where recreational marijuana has been legal for nearly a decade, voters on Tuesday passed a proposal that would allow the use of certain psychedelic substances. If approved, it would make Colorado the second state to take such a step.

Melody Finley, a Republican from Little Rock, Arkansas, said she voted for the state legalization measure because she thinks it can help some people under certain conditions.

But Rick Huffman, a voter in Sioux Falls, South Dakota, voted against that state’s legalization proposal on Tuesday, two years after he backed recreational marijuana in South Dakota’s 2020 ballot.

“I have a child who is a teenager now,” he said. “So I think it will eventually happen, but maybe I’ll wait until my kids grow up.”

“I don’t see any use for marijuana use,” said Borgrud, a retiree and Navy veteran. “Perhaps an occasional but very limited medical purpose.”