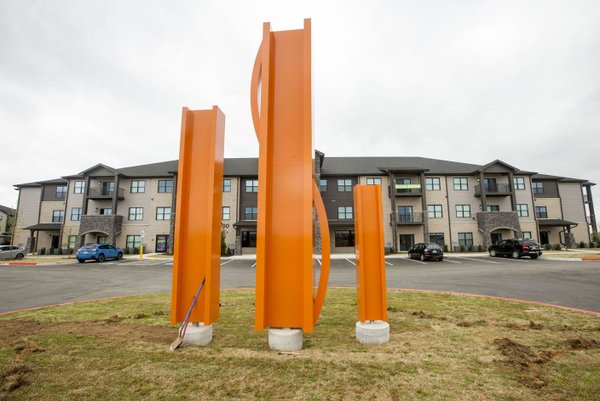 FAYETTEVILLE – Northwest Arkansas is still the fastest growing part of the state, according to census figures released Wednesday, but a boundary change by the federal government has reduced the population of the statistical area metropolitan area of ​​Fayetteville-Springdale-Rogers by 4.3% compared to previous estimates.

Meanwhile, the Pine Bluff metropolitan area posted an increase after years of steep decline. Other areas of Arkansas showed either stability or losses. The most recent figures from the US Census Bureau have revised the population of the state of Arkansas slightly downwards, but the revision is within the margin of error of the recent survey.

Thursday’s figures for the latest U.S. community survey, a batch of estimates compiled by the office, showed the population of the Fayetteville-Springdale-Rogers area to be 526,412 as of July 1, 2018. That compares to l estimate from an April survey with a figure of 549,128 in July. 1, 2018, a downward difference of 22,716.

The drop was entirely caused by the federal government’s decision to no longer include McDonald County, Missouri, in the Northwestern Arkansas metropolitan area, said director Jeff Hawkins of the Regional Planning Commission. of northwest Arkansas. Local leaders have been debating the issue with federal officials since late last year, Hawkins said Wednesday. The region’s metropolitan area is now defined as Benton, Washington, and Madison counties, all located in Arkansas.

The new census estimate figure for McDonald County is 22,287. Adding that figure to the now shrunken Northwestern Arkansas metropolitan area would bring the total to 549,239 – almost exactly the figure. of the April estimate.

The border change came when Northwest Arkansas was poised to become one of the 100 largest metropolitan areas in the United States, said Hawkins and Nelson Peacock, chairman of the Northwestern Council. Arkansas. The council is a group of regional businesses and community leaders.

Getting into the top 100 of the nation’s 383 metropolitan areas has been a long-standing goal of council and local leaders, as it helps put a region on the map for retailers and expanding businesses, Hawkins and Peacock said. The council and others will redouble their efforts after this change to get a full and accurate count in the next U.S. Census, held every 10 years and slated for next year.

The decision to cut McDonald County was not made by the Census Bureau, Hawkins said. The definition of a metropolitan area is set by the Federal Office for Management and Budget, he said. The definition he uses requires that a county have at least 25 percent of its population commuting to work in a county within a metropolitan area to be included in the same region, according to Hawkins.

“It’s a measure of economic dependency,” Hawkins said of the commuter standard. “To me, it doesn’t make sense to cut him off if he doesn’t meet that standard within a year, not when studies of these things are known to be flawed. At the very least, you should use a multi-year average. In recent years that number for McDonald County has been as high as 27.2%, and I see no reason why it would have dropped suddenly. “

“McDonald County has been part of this MSA for 16 years,” Hawkins said. “There was no logical explanation for the change in this statistic.”

Third District Representative Steve Womack R-Rogers, who is a former Mayor of Rogers, and others have taken the argument of leaving Missouri County in the metro area to the Chief Statistician of the United States , said Hawkins.

“Northwest Arkansas is one of the fastest growing regions in the country and is still on track to be among the top 100 MSA,” Peacock said Wednesday. “The Council is working to ensure an accurate count in the 2020 census to meet this goal. Northwest Arkansas’ growth over the past decade exceeds the 11 MSAs that are right ahead of us in terms of population.”

In other areas of the state, the Pine Bluff metropolitan area – Cleveland, Jefferson and Lincoln counties – showed an estimate of 92,345 – a 3.2% upward revision from the 89 figure. 515 in April. There has been no limit change within these limits.

Compared to 2017 estimates, the Northwest Arkansas region had 535,557 people that year, but included the Missouri portion. The Little Rock metropolitan area had 738,082 in 2017, so it grew less than half of 1% if the latest estimate is correct.