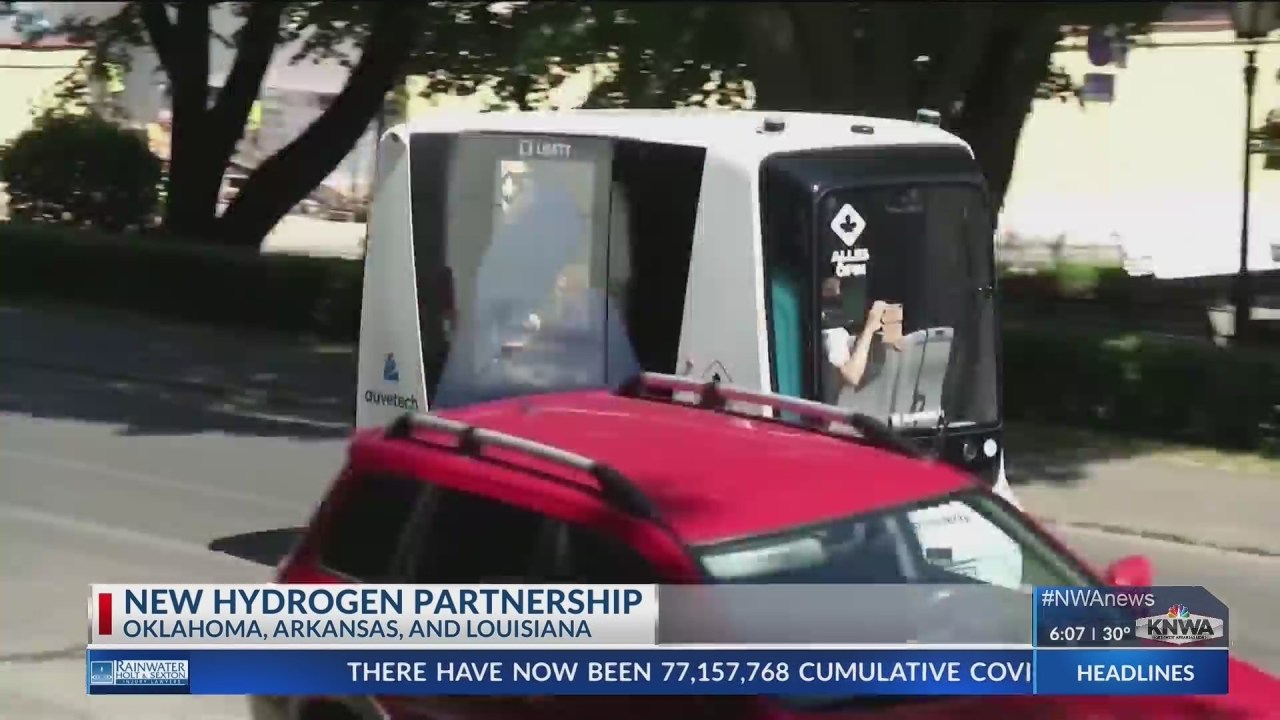 OKLAHOMA CITY, Okla. (KNWA/KFTA) – Governors Kevin Stitt of Oklahoma, John Bel Edwards of Louisiana and Asa Hutchinson of Arkansas announced that their states have entered into a bipartisan, three-state partnership to establish a regional center for development, production , and the use of clean hydrogen as fuel and manufacturing feedstock, a press release said Thursday.

According to the statement, by entering into the agreement, the three states intend to compete as a unit for the funding established in the Infrastructure, Investment and Employment Act (IIJA) of 2021, in which the US Department of Energy (DOE) is responsible for researching and selecting regional clean hydrogen hubs to fund. The law specifies that these hubs must be selected by the DOE based on the mix of feedstocks available to produce hydrogen, available hydrogen users, geographic locations and potential employment effects, among other considerations.

Hydrogen is currently used in many manufacturing processes and is attracting increasing interest as a clean-burning fuel source that could help reduce carbon emissions from manufacturing, heavy industry and long-haul trucking, according to the release.

Currently, a “large” amount of hydrogen is produced in the Partner States by splitting methane into hydrogen and carbon components. Although this process still produces waste carbon, depending on the version, the process can be made much cleaner by capturing waste carbon and injecting it into permanent underground storage areas. There has also reportedly been growing interest and investment in making the electrolysis of water to release hydrogen more commercially available.

The release notes that these states are “perfectly situated to demonstrate the entire hydrogen value chain” and “uniquely situated to tackle hard-to-decarbonize sectors like industry, manufacturing and transportation.” “.

The partnership builds on existing advantages, such as an inland seaport system that stretches from Oklahoma to Arkansas and down the Mississippi River to the Gulf of Mexico in Louisiana, existing intermodal rail, existing pipeline infrastructure that runs from Oklahoma through Arkansas to the Gulf of Mexico. , and some of the most valuable interstate freight highways in the United States. More importantly, hydrogen is already available for demonstration with new large clean hydrogen production centers expected to come online in the near future.

Each governor issued a statement on the new partnership:

“Oklahoma is honored to join in forming this partnership, not out of convenience or necessity, but rather because we share a similar vision and goals for production, use and economic impact that can result from the creation of this hydrogen economy. Like our partners, we believe that creating as many end-use cases for commercialization with as many private partners is the fastest and best mechanism to drive real demand for this clean energy. The resources and opportunities in Oklahoma are complementary to our partners and tailor-made for a diverse hub application to compete with others across the country,” Governor Stitt said.

“The State of Louisiana, along with our partner states in this effort, has a long history of producing and transporting fuels and feedstocks in liquid and gaseous form, as well as a large population of industrial end-users likely to ‘to use hydrogen as a fuel or as part of manufacturing processes,” Governor Edwards said. “This is an extension of Louisiana’s ongoing efforts to diversify the composition of our energy sources and ensure an economically and environmentally balanced approach to cleaner use of traditional fuels and transition to potential new energy sources.”

“In Arkansas, we have a growing and diverse energy portfolio and natural resources vital to any thriving regional center. We are proud to be home to leading partners and companies essential to American commerce with a strong history of environmental leadership and track record of reducing emissions. We are thrilled to join our neighbors in Louisiana and Oklahoma to present a winning bid,” Governor Hutchinson explained.

Each governor would have named the following people from their respective state to serve as a delegate to the partnership: Oklahoma Energy and Environment Secretary Kenneth Wagner; Louisiana Department of Natural Resources Secretary Thomas Harris; and Arkansas Energy and Environment Secretary Becky W. Keogh. The designated individuals will serve as the primary authority and point of contact to coordinate government, research and private sector efforts to promote the development and use of hydrogen.

According to the release, the three states have focused on hydrogen as an additional resource in their overall approach to a diverse and clean energy portfolio. In late 2021, a hydrogen from natural gas project with carbon capture and sequestration was announced in Louisiana and a large electrolytic production center was announced in Oklahoma.

The agreement also includes provisions regarding:

U of A Cardinal Nights is heading to Lokomotion