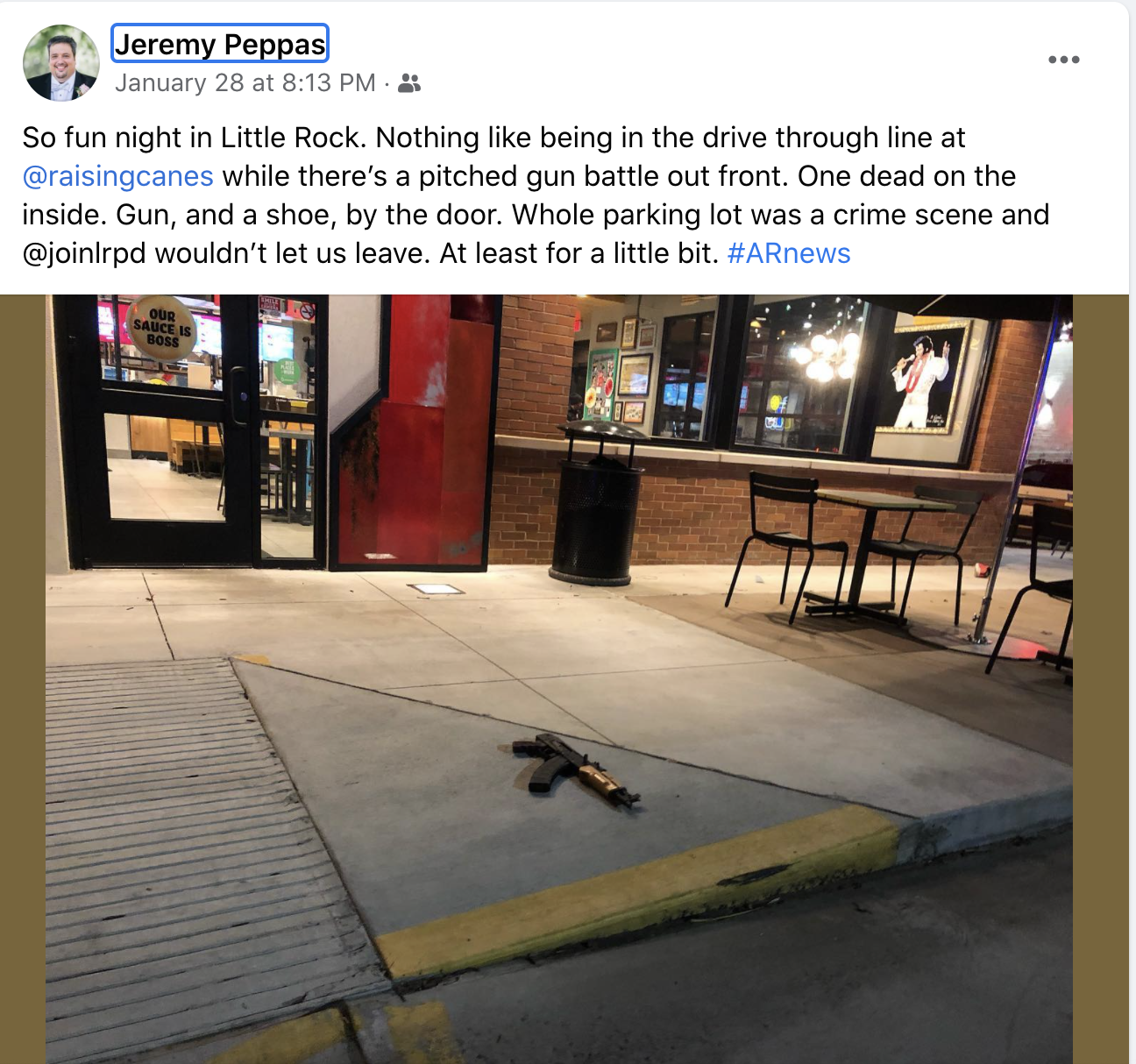 One dead and four injured in two shootings in Little Rock


At least two shootings were reported in Little Rock on Friday and Saturday.

KARK reports that two people were injured around 7:15 p.m. Saturday in the 4300 block of Asher Avenue. The victims would be stable.

Channel 4 is also reporting a shooting that erupted Friday night near the Raising Cane restaurant near University Avenue and I-630. One person was killed and two others were injured. Few details were released by the police.

Maumelle reporter Jeremy Peppas was at Cane’s house when the shooting broke out and he posted it on Facebook.

Crime reports, by the way, are a regular feature in the social media of Steve Lander, one of at least five candidates for mayor of Little Rock this year. (Incidentally, I can’t find any reference to the third shooting mentioned in the Mitch McCoy tweet quoted by Landers.) I’m following Landers’ posts (the code enforcement has also caught some of his attention recently), which targets the current administration of Frank Scott Jr. The reaction is not universally positive, with strong defenders of the mayor appearing in the comments.

The campaign filing doesn’t end until August, but we can expect some fireworks once this race gets started in earnest. Scott has yet to officially announce his re-election.

This is terrible news for our city. Crime has gotten out of control, we need to do better. #TogetherBetterForEveryone #LRMayor https://t.co/eiaQXOpxvY