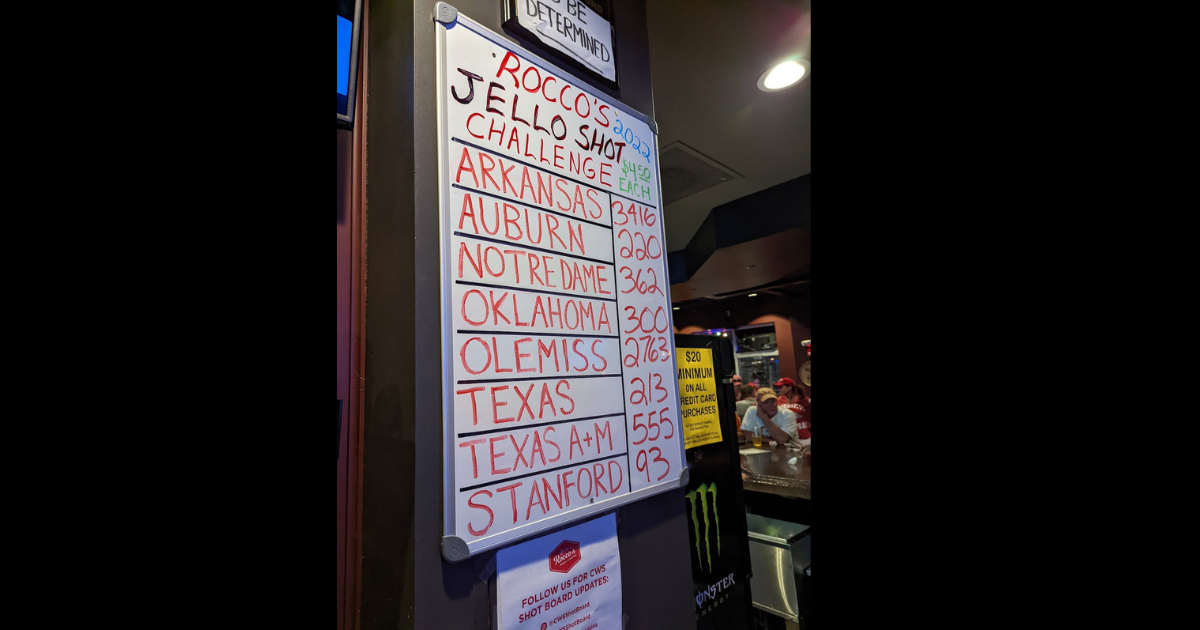 According to the CWS Jello Shot Challenge Twitter page, Arkansas fans had ordered 488 Jello shots before the game started on Saturday. After the game, the Hogs were up to 1,441 buys.

The record of 2,965 Jello shots purchased was set by fans in Mississippi State a year ago. Rejecting large amounts of jelly liquor hits just means more to Razorback fans who took the record tonight after playing just one (most excellent) baseball game.

As of 9:49 p.m. last night, about 30 hours after the Razorbacks’ win over Stanford, Hog fans had bought nearly 2,000 more snaps and broken the all-time record. CWS Jello Shot Challenge announced the record was set with a video of Razorback fans calling out the Hogs.

Cheers. Kudos to Hog fans. Here’s hoping everyone drinks responsibly, stays well hydrated, and doesn’t lose their credit card. Someone gives them Pedialyte or tells the university to send Coca-Cola.