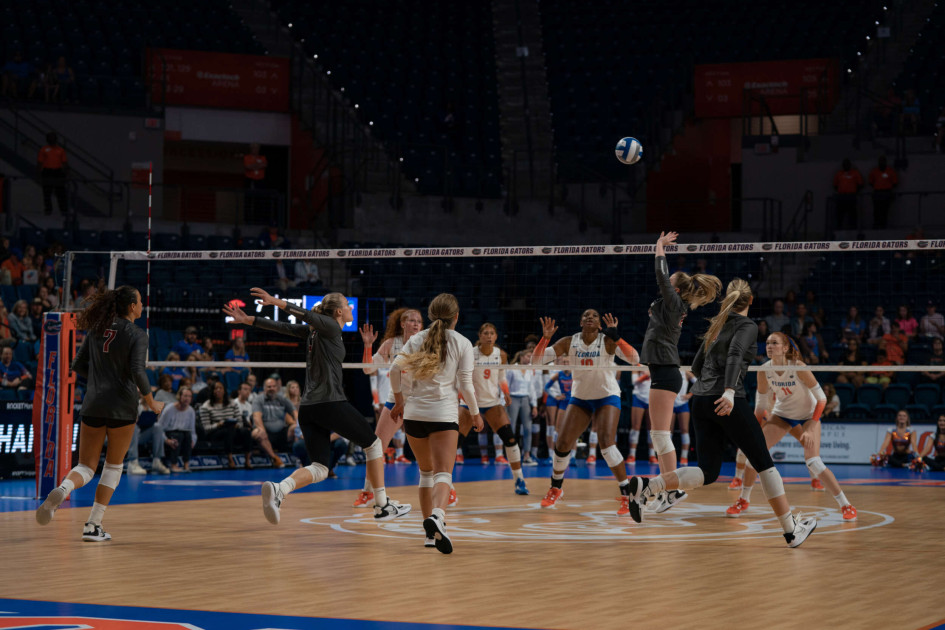 The Razorbacks returned to road action Saturday in the first of two games against the Gainesville Gators, but the home side made quick work of the Hogs with a 3-0 game sweep.

The game was only the second time Arkansas had been swept this season. The Razorbacks are now 14-6 overall and 5-5 in the SEC, while the Gators are 17-4 and 9-2 in conference.

The Gators quickly took a 5-1 lead in the first set, which the Hogs cut to one twice, but a four-point run leading to the media timeout made it 15-10 for the team. local mid-term. Arkansas regrouped with a timeout, but Florida used a 6-1 run and went up 10 to 23-13, and the Hogs surged with a seven-point run but ran out of back-to-back time. Gators points closed the set 25-20 for the home side.

Arkansas took a 5-3 lead early in the second, but Florida put up five straight points for an 8-5 lead. The Hogs called time, but the Gators kept pressing. The Razorbacks couldn’t chain more than two runs at a time, and Arkansas took a 22-16 timeout. The break breathed life into the Hogs, and they added three straight games, but Florida regained momentum after a timeout and finished second on a 3-1 run for another 25-20 win.

The Hogs came within one in the opening points of the set, but again Arkansas couldn’t stop a big run in Florida, this time 7-3 in favor of the Gators for a 12 lead. -7. The Razorbacks took a timeout and while the Gators added two after, the Hogs responded with three, which cut the deficit to 14-10. Florida came right back and pushed the lead to 17-10 shortly after. Arkansas came the closest with a three-run run with two aces from Gracie Ryan, and Florida called time 22-20. The Hogs came within one immediately after, but three in a row for the Gators made it 25-21 and sealed the game sweep.

Arkansas and Florida will face off for the series finale on Sunday, October 30 at 11 a.m. CT. The game will be broadcast live on SEC Network.

Visit ArkansasRazorbacks.com for the latest information on all things Arkansas volleyball. You can also find the Hogs on social media by liking us on Facebook (Arkansas Razorback Volleyball) and following us on Twitter and Instagram (@RazorbackVB).