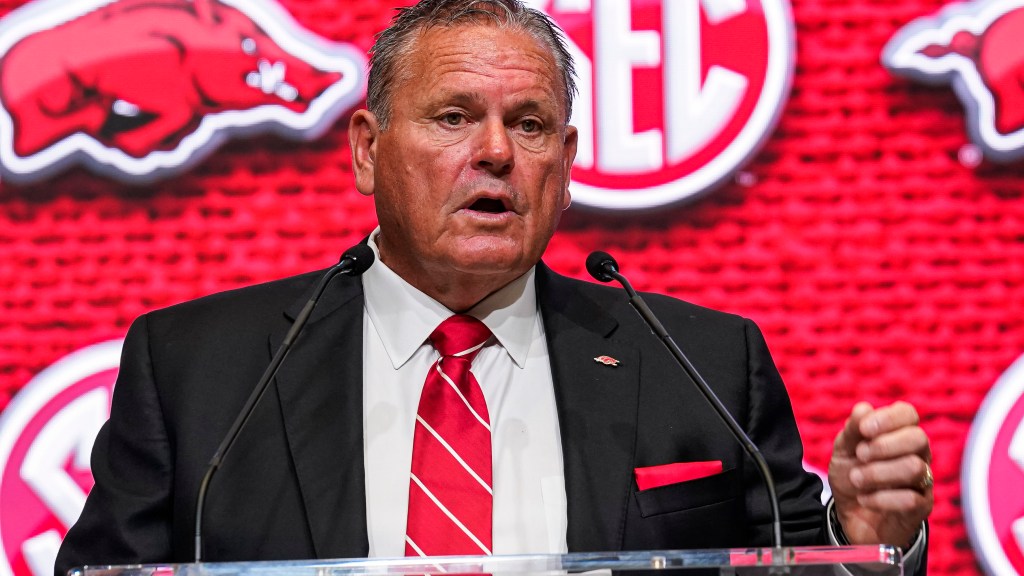 Coaches and players aren’t used to talking about sports betting at press conferences. It’s just not something they’re supposed to think about or care about when it comes to their own seasons. However, they may want to prepare.

The proliferation of legal betting is making discussions of spreads, lines and odds less taboo, and the conversation has infiltrated Arkansas head football coach Sam Pittman’s podium session on the day of SEC media on Wednesday.

Before asking his question, a reporter wanted to thank Pittman for his 16-6 ATS record. Completely caught off guard, Pittman gave one of the most hilarious “go Hogs” possible.

Pittman’s record against the spread was a confusing thing to talk about at the time, but watching the whole interaction, it made the coach and everyone in the room smile. And the reporter’s real question was not necessarily betting-related. It was about how tough Arkansas’ schedule is and whether it was intentional.

We have to give the reporter – Chris Marler of Saturday Down South – credit for one thing: We now know to keep an eye on Arkansas’ spread this season.

Arkansas Division of Corrections does not keep records of overdose deaths