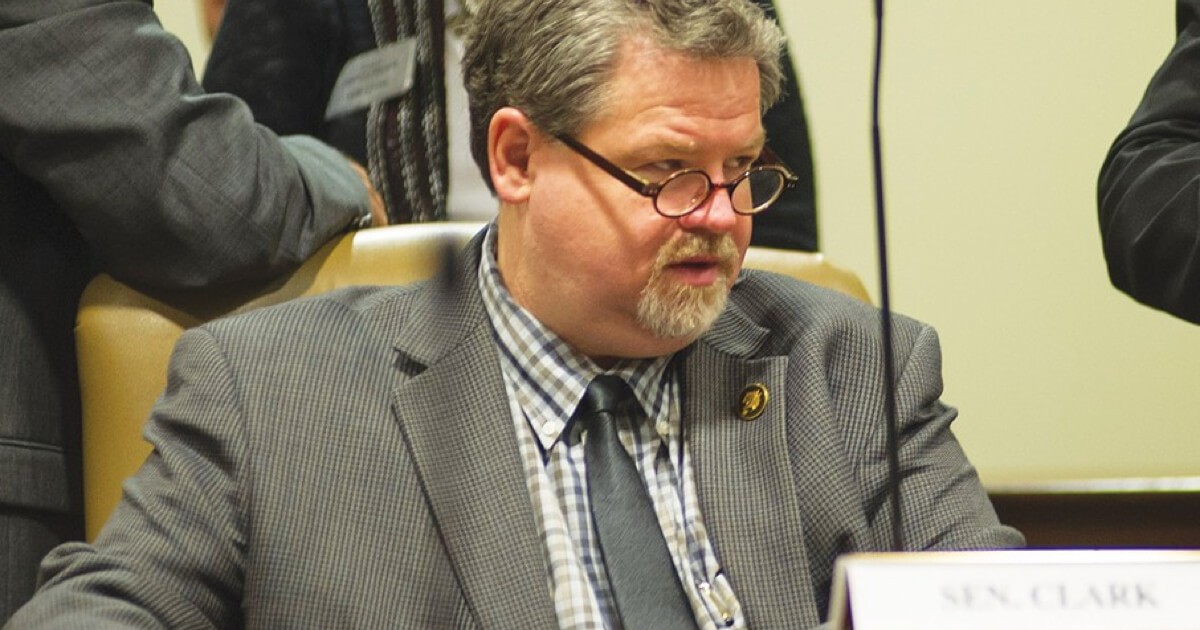 Senate Ethics Committee the members are keeping mom on the agenda for their next meeting, leaving us with no choice but to speculate based on rumors and innuendo.

The announcement for the meeting appeared on the Arkansas Legislature’s public calendar for the past two days, with no information attached. Chairman of the committee Senator Kim Hammer (R-Benton) confirmed via text message that a reunion will take place, but made it pretty boring:

The social media chatter was less boring, with speculation that the state recently despised Senator Alan Clark (R-Lonsdale/Hot Springs) hits back with his own accusations against a fellow state senator. We don’t know what those charges are, but the Arkansas Democrat-Gazette columnist John Brummet tweeted that from what he heard it’s “a doozy”.

Sen. Kim Hammer, chair of the ethics committee, tells me he will call a meeting in 10 days on an ethics complaint. I won’t confirm that it was from Alan Clark, the sanctioned senator who swore to change the ethics tables. Sources tell me the complaint is a doozy and the target…notable.

Clark himself hasn’t been shy at all about his thirst for revenge after the state senate hit him for having his pal Senator Mark Johnson (R-Ferndale) to sign him up for a meeting he didn’t attend so he could claim mileage and per diems.

Has a man since Jesus Christ himself ever been so persecuted? Not hearing Clark say it, he didn’t. Clark’s Facebook page overflowed for weeks with quasi-biblical references to giants, trials, good versus evil, yadda yadda. Is he himself David in this scenario? It’s all pretty wild:

If the giant says he’s going to kill you, tell him very calmly that he’s the one who’s going to die. Look for the right moment to attack. Offensive. Make sure it’s a giant you’re supposed to kill. If God didn’t order the battle, chances are everyone is right. Make sure you are ANOINTED to kill giants. It’s not a job for everyone. And as David said, it is God who wins the victory. Expect people, especially leaders, to be jealous. Remember to collect your winnings as agreed in the contract. Mind your business, play the harp, write your songs (allegorically) and wait for the next giant to cross your path and threaten you.

Keeping this theme and filling in a few blanks based on clues and hunches, indicate Senator Stephanie Flowers (D-Pine Bluff) will be in the hot seat on Friday, but not quite as Goliath (the allegory falls apart here).

Pages from the state senate rule book set out the procedures for ethics committee deliberations.

Flowers is a member of the eight-person committee, but does not appear on the roster for this week’s meeting. And Senator Keith Ingram (D-West Memphis), which is not usually a member, is on the list.

We haven’t been able to reach Flowers yet, but Ingram confirmed he was serving on the committee Friday in place of a regular member. Rule 24 of the state Senate rules allows the leading senator of the party to which the absent member belongs to intervene as a designate “if the accused or accuser is a member of the Senate Ethics Committee.”

Ingram mentioned he will zoom in on the meeting as he travels on Friday, but confirmed he would not be involved in mileage or expenses.

The Senate ethics meeting will be held in Room 309 and will begin at the end of the Arkansas Legislative Council meeting which begins at 9 a.m. The meeting will not be streamed and the committee is likely to go into executive session.