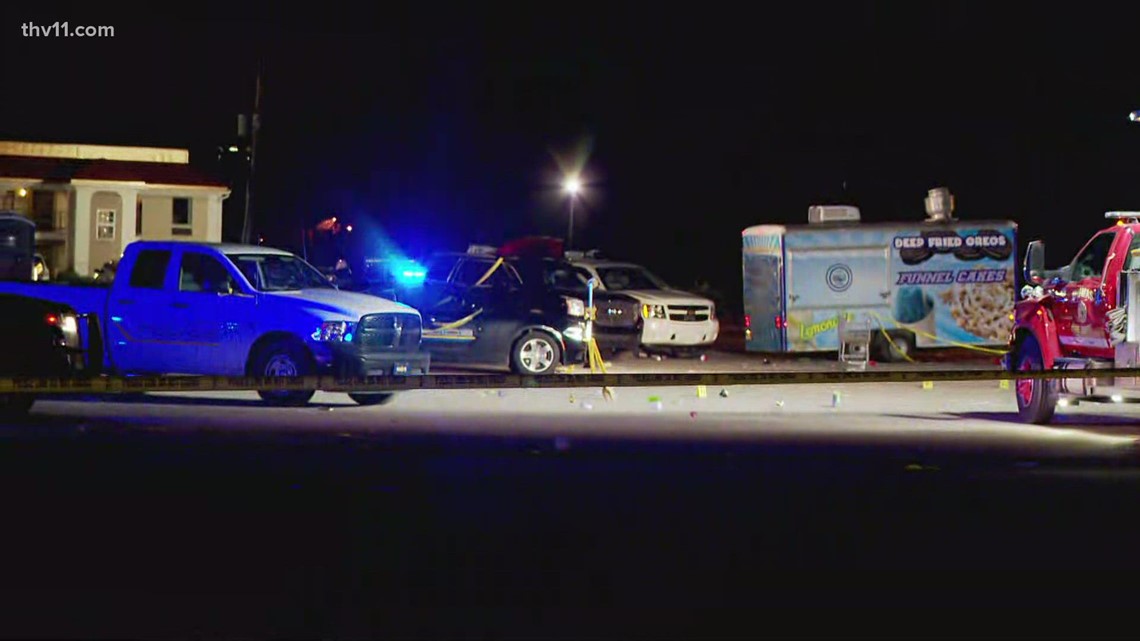 Police said several children were among the injured, including two under the age of 2.

DUMAS, Ark. – A man was killed and 26 people were injured when two people were involved in a shooting at a car show that is part of an annual community event in a small town in southeastern India Arkansas, authorities said Sunday.

A person who left the scene of Saturday night’s shooting has been arrested on unrelated charges and is being questioned about the shooting in Dumas, a town of about 4,000 people about 90 miles southeast of Little Rock said Arkansas State Police Col. Bill Bryant.

“All we know at that time was two individuals who ended up in a shooting,” Bryant said at a Sunday afternoon news conference.

He said several children were among the injured, including two under the age of 2.

The auto show is part of a community event held each spring called Hood-Nic, which is short for neighborhood picnic. The Hood-Nic Foundation states on its website that its mission is to “rebuild, reunite and meet the needs of young people in our communities.”

“Hood-Nic’s goal has always been to bring the community together,” the foundation said on its Facebook page. “This senseless violence must stop.”

“It has always been a family event with a message of non-violence,” said Kris Love-Keys, director of development for the foundation.

Cameron Shaffer, 23, of Jacksonville, Arkansas, was killed in the gunfire, Bryant said. He said authorities had no indication he was involved in the shooting.

Earlier today, Governor Asa Hutchinson said on Twitter that one of the two suspects had been arrested and was being held on unrelated charges. But state police later said the arrestee was being questioned.

“As the investigation continues, I will review the details to see if there are any steps that could have been taken to prevent this type of tragedy,” Hutchinson said.

Five people under the age of 18 who suffered gunshot wounds were taken to Arkansas Children’s Hospital in Little Rock, a spokeswoman said. Most had been released by Sunday afternoon.

Candace McKinzie, who helped organize the event, told The New York Times that the gunshots seemed to come out of nowhere.

“You went from laughing and talking and eating and everything to random shooting,” she said.

McKinzie said people started running and tripping over each other and old people were falling.

Among those shot were McKinzie’s cousin and sister. She said the two should recover.

Chris Jones, a Democratic candidate for governor of Arkansas, tweeted that he was at the event earlier on Saturday, registering voters and enjoying a “positive family atmosphere.”

“I am deeply saddened (and honestly angered) by this tragedy,” Jones said in a statement.

This story has been corrected to show that 26 people were shot but survived, not 27; five people under the age of 18 were taken to Arkansas Children’s Hospital, not six.