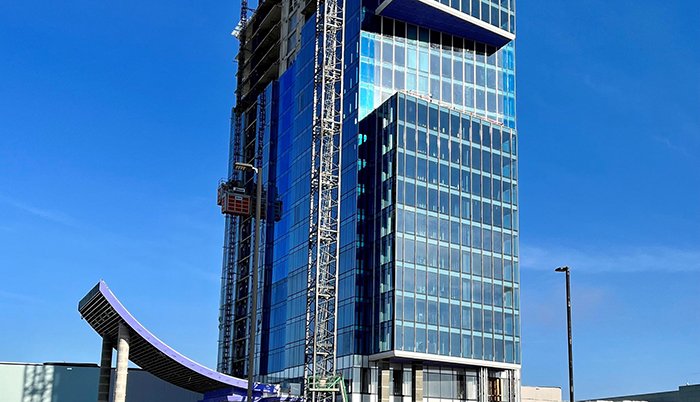 On A Roll: Southland Casino expansion raises the stakes for Arkansas tourism

Construction of the casino’s 20-story skyscraper hotel is nearing completion.

The 113,000 square foot complex near the junction of Highways 40 and 55 in the heart of Crittenden County town now features 2,400 slot machines, 50 live table games, sports betting and a new covered garage with more than 1,400 parking spaces. 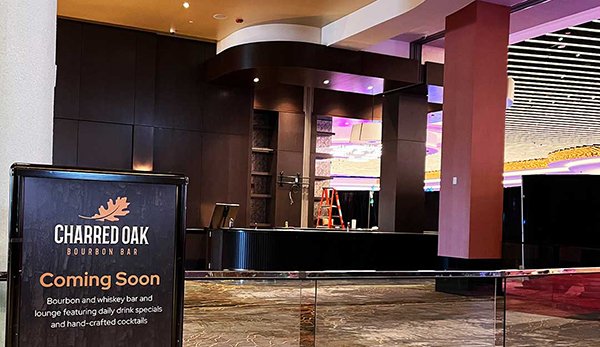 One of the casino’s new themed restaurants is gearing up for a grand opening.

The casino held its groundbreaking ceremony to open the new gaming area on May 3, and the hotel is expected to open this month with a limited number of rooms available, with the rest of the rooms opening later this summer, according to the media spokesperson for Southland Casino Courses, Natalie Carlson. 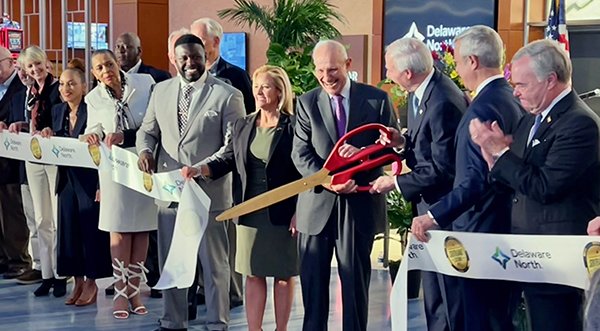 “It’s great for our city,” West Memphis Mayor Marco McClendon said. “The casino helps show that our city offers something different for everyone.”

More than 4.3 million people visited the casino each year before the COVID-19 pandemic hit in 2020, the mayor said. This has allowed the city to earn $12 million a year in tax revenue related to the casino draw – food, lodging, hotel fees and other visitor expenses. Before the establishment offered gambling, West Memphis typically earned about $6.5 million a year in taxes, McClendon said. 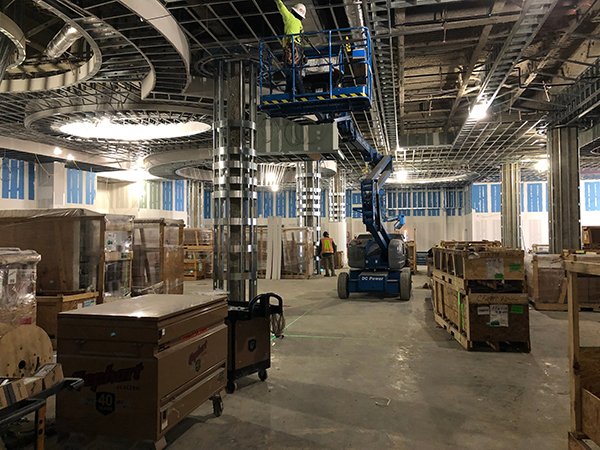 The facility has been a landmark in the region for nearly three-quarters of a century. Southland, owned by the Upton family, opened in 1956 and featured daily greyhound dog races as the only track in the Midsouth region. It also offered pari-mutuel where bets are placed against other bettors. West Memphis and Hot Springs, with its Oaklawn Park racetrack, were the two places in Arkansas that allowed this type of game.

Over 600 people were employed by Southland at the time, and over 20,000 people visited the track on an average weekend. Annual salaries typically topped $200 million, track officials said. 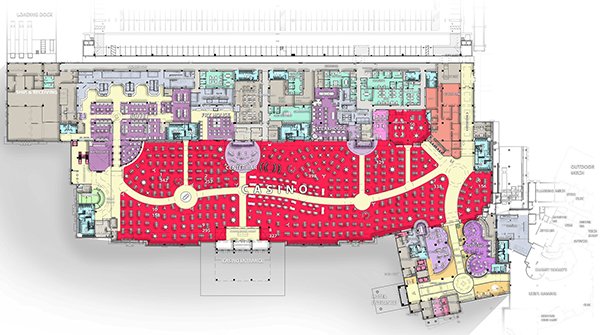 The area fell on hard times in the 1990s, however, when Mississippi voters favored legislation allowing casino gambling on waterways. Tunica, Mississippi, about 30 miles south of Memphis, became a gambling mecca when several nationally known casino and resort companies like Bally’s and Gold Strike opened gambling centers on riverboats on the river. Mississippi.

The area became the third largest gambling location in the country behind Las Vegas and Atlantic City, and Southland’s revenues fell from $200 million in the late 1980s to less than $35 million in the mid-1990s. Half of Southland’s employees lost their jobs during this time, a timeline shows on the Southland Casino Racing website. 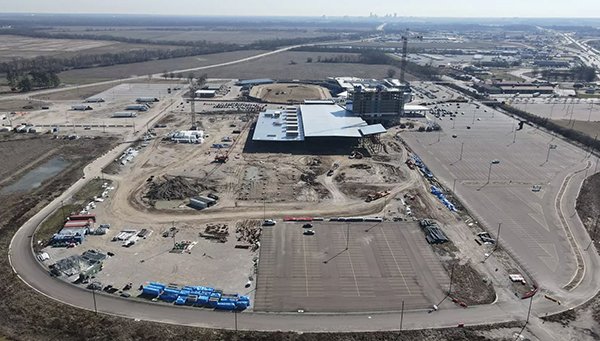 Mother Nature also helped propel the West Memphis casino into a regional destination when the Mississippi River flood in 2008 forced the closure of several riverside casinos in Tunica, sending gamblers north to Southland.

“We’re four miles from Beale Street in Memphis,” said McClendon, who was a member of the West Memphis City Council before becoming mayor in 2019, and worked with groups to pass the 2006 election measure.

“I think people see how close we are to so many other amenities,” he said. “Tunica is 30 miles from Memphis, and you only go there if you want to play. We have nearby bike paths, the river walk and other attractions.

McClendon said he expects the casino expansion to attract new businesses and industries to the town of 25,000. A hotel developer has already indicated plans to build a new hotel in West Memphis. 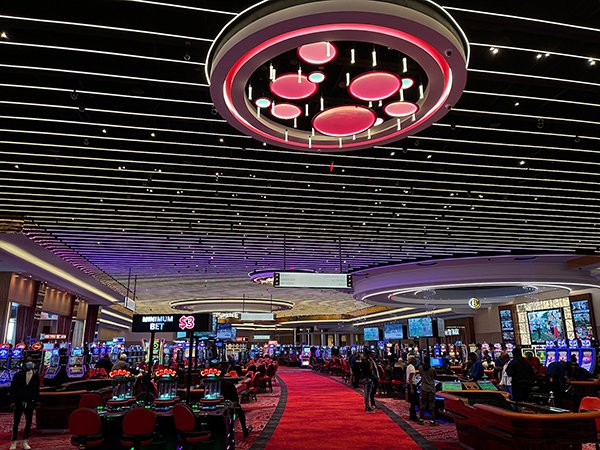 Glen White, director of corporate communications for Delaware North, said the expansion will boost the region’s economy, which will help improve public services and infrastructure in the city.

“This expansion project has allowed Delaware North to continue and enhance the positive impact Southland has on the state’s economy and the support it provides to many worthwhile community organizations in the region,” White said.

According to White, the casino’s total impact — including employment, operating expenses, charitable donations and taxes — is $311 million.

The facility also plans to hire an additional 400 people for the playground and hotel. 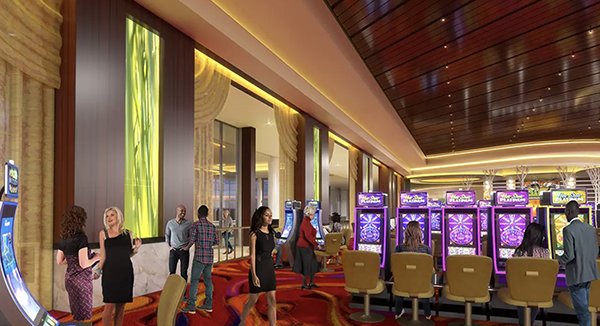 “We are confident that this expansion will make Southland a destination not only for the Midsouth region, but also for gaming enthusiasts across the country and around the world,” said White.

The expansion will make Southland Casino Racing the largest gaming facility in the region, at 82,000 square feet. Horseshoe Casino in Tunica is the second largest in the area with 63,000 square feet of gaming space.

The hotel’s 20 stories make it one of the 10 tallest buildings in the state. The Simmons Tower in Little Rock, at 40 stories and 546 feet tall, is Arkansas’ tallest structure to date. 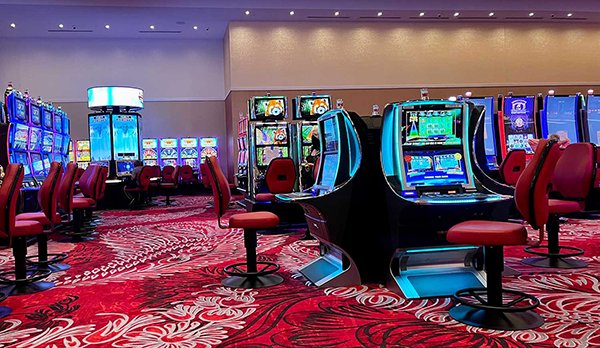 The future hotel will include 231 standard rooms, 58 suites and 11 penthouse suites on the top floor.

“We cannot be thankful enough for Southland’s philanthropic efforts,” said Mayor McClendon. “They have helped so many organizations and people.

“It’s an exciting time, Southland has been part of the fiber of West Memphis for a long time.”