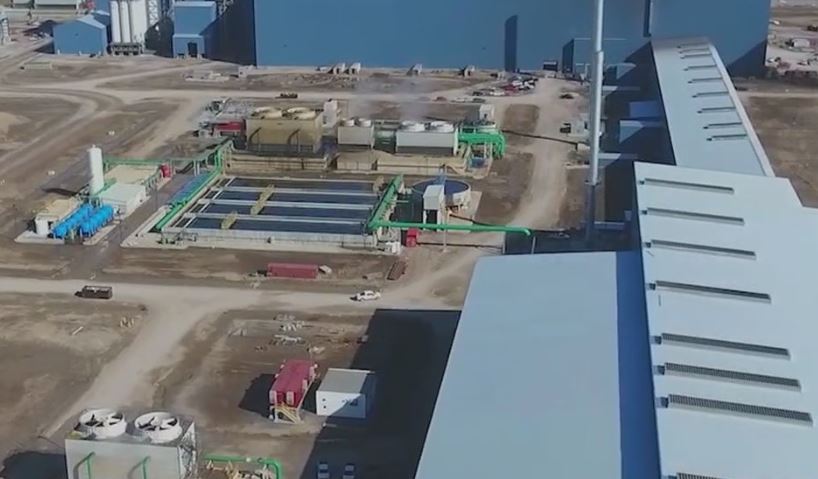 Located across the Mississippi River from Tennessee is the town of 7,000 people, which should be called Steel City.

On February 8, 2022, US Steel announced that it would build “the steel mill of the future” in Osceola.

“I think we won the mega-billion lottery with this,” Osceola Mayor Sally Wilson enthused.

Mayor Wilson says Osceola is the perfect location for the 6.3 million ton mega plant that will produce three million tons of steel a year.

“It’s a county that knows a lot about steelmaking and how to do it right, how to make it more efficient, the most efficient way to do it,” Wilson added. “It’s exciting for all of us.”

This $3 billion plant is the largest capital project in state history. Once construction is complete in 2024, Arkansas will overtake Pennsylvania as the nation’s top steel producer.

“Did I ever think it would be this explosive and we could say that once US Steel comes online, we’ll have the No. 1 steel-producing county in the nation?” Yeah, that’s pretty high,” Arkansas Commerce Secretary Mike Preston said. “I’m happy with the success we’ve had.”

It will be the most advanced steel mill in the United States and the second plant in Osceola and the fourth in Mississippi County.

In 2014, Osceola opened its $1.2 billion steel mill in Big River, now owned by US Steel. This steel mill started the trend of environmentally friendly steel mills.

“It will be a certified green mill,” Mississippi County Judge John Nelson said.

Mississippi County Steel Industries is the number one recycler in the nation. Why? Because they produce all of its steel from recycled products.

US Steel expansion creates more than 900 jobs in northeast Arkansas

At its peak, Mississippi County had between 83 and 85,000 people. It currently stands at 43,000. Its population has been almost halved due to change in agriculture where technology has taken over jobs.

“As these changes happened, we were losing a lot of our industrial jobs,” Nelson said. “Our county leaders have formed a foundation that has done something in the county that has never been done. We have been in this business for over 25 years and it is finally paying off.

It would be the county economic development tax that has been in place for a quarter of a century.

“The foundation, these members volunteer their time for research projects and bring in industry, and then that money is requested from the county and used for that purpose,” Nelson said. “I think the population will definitely increase. We are doing everything we can here to reinforce that. We are looking for additional changes over time.

The new factory brings 900 jobs that pay a minimum of $100,000. Mayor Wilson is grateful Mississippi County is involved as she admits it’s a bit too big a project for a town of 7,000.

Obviously, bringing this plant to a small town in Arkansas was not easy and came with a lot of competition. When US Steel began its search for the factory’s home, it started with 40 different locations in 14 different states.

“We didn’t get a phone call about the project until they narrowed it down to five states,” Preston said. “At that point they called and said we were one of the five and they were filing an air permit in our state with the other four. It showed how fast they wanted to move.

Envirotech Vehicles to set up facilities in Arkansas, creating more than 800 jobs

The top three contenders descended on Arkansas, Alabama and Mississippi. However, Osceola’s close access to its river, rail and highway systems.

“Well, I think the Mississippi River is one,” Nelson said. “The highway and the rail system. The number of utilities here. We have an ideal combination for the industry.

Once complete, the new plant will help Osceola, Mississippi County and the State of Arkansas grow in many ways. According to Preston, this addition will attract many new businesses to come into the natural state, such as construction, battery manufacturing and the automotive industry.

“There are a ton of uses for steel that put us at the forefront of the supply chain,” Preston said. “People want to be near a mill like this.”

Thanks to the new mill, this small Arkansas town is thinking big.

“It’s an exciting time for Osceola. All I can say is come to Osceola and grow with us. Come be a part of that excitement.