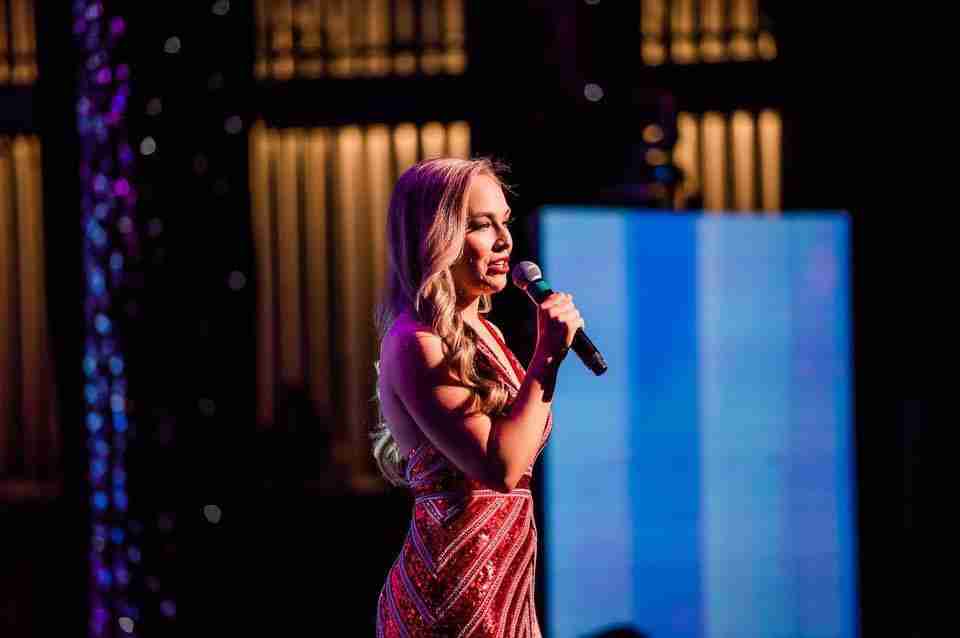 Cori Keller, from Stuttgart, was one of 45 contestants who competed for the title of Miss Arkansas this year. The week-long scholarship contest was held at Robinson Performance Hall in Little Rock from Saturday, June 11 through Sunday, June 18. Keller left the competition with $3,650 in scholarships by placing in the top 10 applicants.

“I was super excited to finish in the top 10. It was a huge pool of competition and the best of the best in Arkansas. It’s an honor to be there with them. I can’t wait to see this what the future holds,” Keller said.

Keller, daughter of Lynn and Tracy Keller, qualified for the pageant after being crowned Miss White River 2022, but it wasn’t her first appearance on the Miss Arkansas stage. While in college, Keller was crowned Miss Arkansas State University in 2018. She was later crowned Miss Historic Batesville, competing again in 2021.

“I think I was more mentally prepared to know what to expect throughout the week. It’s physical and mental endurance that you have to bring. Having the experience of knowing what to expect and what was about to happen really helped,” Keller said.

Keller studied before entering Miss Arkansas, preparing for the interview portion of the pageant. Candidates were questioned on a variety of topics, including unemployment, health and fitness, and gun control.

“The question on stage is always such a curve because you don’t know what you’re going to be asked. When I had this question, they asked me what a modern woman is. I immediately thought of girls competing because we are modern women. We are people who are going to make a difference, be the leaders of tomorrow and break that glass ceiling for women everywhere,” Keller said.

Preparing for interview questions at Miss Arkansas helped Keller advance her career. She recently earned a master’s degree in mass communication from Arkansas State University. Keller has worked as a journalist since 2020 and hopes to have a career related to sports media and sports production. She started looking for full-time jobs.

“I recently had three interviews for three different jobs,” Keller said. “Knowing what I want from a job, being able to speak with confidence and being very articulate in an interview was very helpful in this process.”

Participating in the pageantry also gave Keller the opportunity to help address child food insecurity with her Everyday Kids Everyday Food platform. Keller chose her platform based on an experience she had as a student in Stuttgart.

“I sat next to a boy every day who was food insecure. I had no idea until I saw him reaching for a bag of food one Friday afternoon after school. It really sparked a passion in me because it made me realize that these are just everyday kids who need everyday food. It’s not just a stat,” Keller said.

In addition to choosing a platform, each Miss Arkansas contestant performs during the talent portion of the pageant. Keller performed a tap dance to “9 to 5” by Dolly Parton.

“I have always liked to put my talent into practice. This year I actually did a self-choreographed tap dance,” Keller said. “I just really decided that I was going to make this dance my own this year. It was so much fun and I had a great time doing it.

When asked if more contests were in her future, Keller said she wasn’t sure.

“My first priority is to find a job. I will make a decision once that happens,” Keller said.

She congratulated Ebony Mitchell, who was crowned on the final night of the contest.

“I am extremely proud of our new Miss Arkansas,” Keller said. “We’re actually really good friends, and I think she’ll be a great representative for our state.”