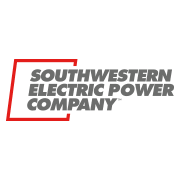 NORTHWEST ARKANSAS (KNWA/KFTA) — UPDATE: As of 6:40 a.m. Thursday, March 31, more than 1,000 consumers were still without power in Washington County, according to a SWEPCO map.

Specifically, the map shows the area of ​​Old Missouri Road and Robinson Avenue experiencing outages with 317, extending from just north of Springdale Airport to west of JO Kelly Middle School.

Other affected areas include starting at Robinson Avenue and the Ozark Climbing Gym, heading south down Powell Street to Lucian Lane near George Elementary School. The number of breakdowns here according to the map totals about 600.

The map also shows the largest blackout area beginning just west of Thompson Street on S. Ingram Street extending to the Springdale Country Club to the edge of Fayetteville near the Lokomotion Family Fun Park.

This area has about 400 outages.

NORTHWEST ARKANSAS (KNWA/KFTA) — UPDATE: SWEPCO crews are working to restore service to more than 9,000 customers who remain without power in Arkansas, Louisiana and Texas.

Restore times estimated by SWEPCO for 95% of customers in these areas are as follows:

SWEPCO asks consumers to stay away and keep children and pets away from all downed power lines. They should be considered live and dangerous. It also asks not to touch anything in contact with the line, such as trees, fences or puddles, as they can conduct electricity.

At least seven injured after storms in Springdale

SWEPCO says its crews and contractors continue to assess the damage and are working to restore power in the safest and fastest way possible. Estimated restore times will be shared as they become available.

CUT ELECTRICAL LINES: Never touch a fallen power cable, even if it looks harmless. It can be difficult to distinguish between a power line and a cable or telephone line.

PORTABLE GENERATORS: If you are using a portable or RV generator, do not plug the generator into your circuit box. Portable generators “feed” electricity back into the line and endanger the lives of repairers and the public. Follow the manufacturer’s instructions carefully and plug essential appliances directly into the generator.