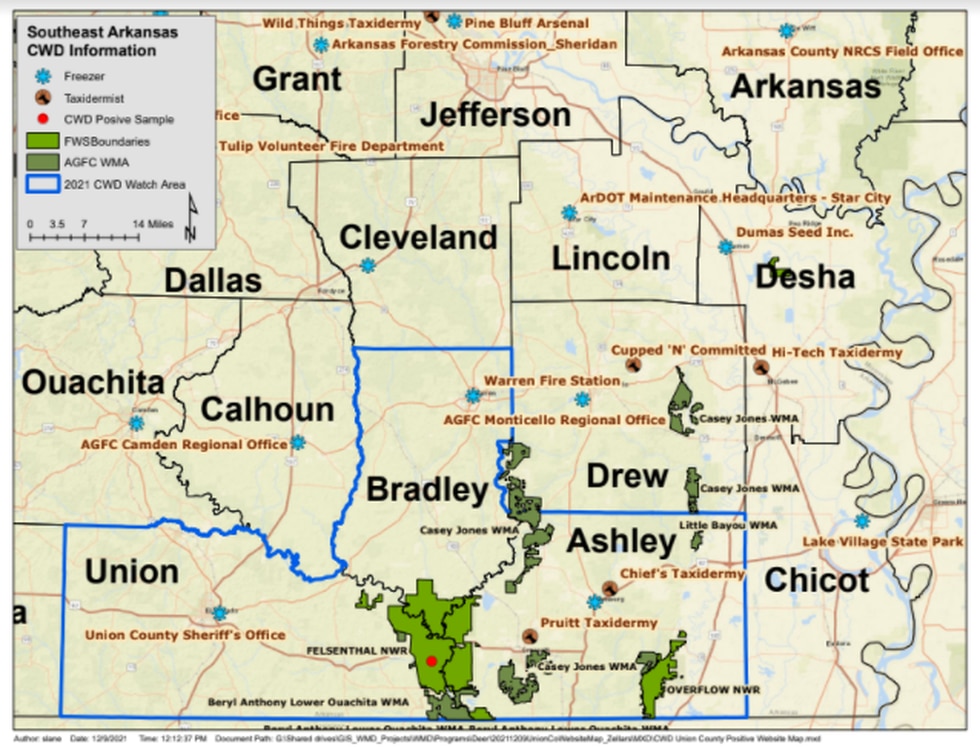 They outline the five-part plan:

Click here to read these bullet points in expanded form.

The following information is a review of chronic wasting disease in southern Arkansas from the Arkansas Game and Fish Commission website.

Chronic wasting disease was confirmed on December 2, 2021 in a white-tailed deer harvested from Union County at the Felsenthal National Wildlife Refuge during the modern firearms permit hunt planned for the area in mid-November.

Chronic wasting disease is a contagious and fatal neurological disease that affects members of the deer and elk family. This disease is caused by a misshapen protein, called a prion, which accumulates in the tissues of infected animals. These animals experience a long incubation period (often over 12 months) during which they show no outward signs of disease, but are able to shed the CWD prion and infect other deer and elk. . When clinical signs of the disease appear, infected animals may lose weight, adopt unusual postures or behaviors and possibly lose awareness of their surroundings. This clinical phase is generally short with a uniformly fatal outcome.

How does it spread?

Infected animals excrete the CWD prion in their urine, feces and saliva. Infectious prions can also be deposited from the carcasses and tissues of infected animals. CWD prions are very stable and remain in the environment for years. They can also be taken up by plants from contaminated soil, making them more available to infect foraging deer and elk.

Is it safe to eat deer with MDC?

Currently, there is no scientific evidence of transmission of CWD to humans, pets, or livestock under natural conditions. The Centers for Disease Control and Prevention strongly recommends having your deer or elk tested when hunting in areas where CWD is known to be present before eating the meat. Similarly, it is not recommended to feed pets with meat from sick or diseased wild animals. Visit the Centers for Disease Control and Prevention for more information on chronic wasting disease.

How did he get to southern Arkansas?

Where else has the MDC been found in Arkansas?