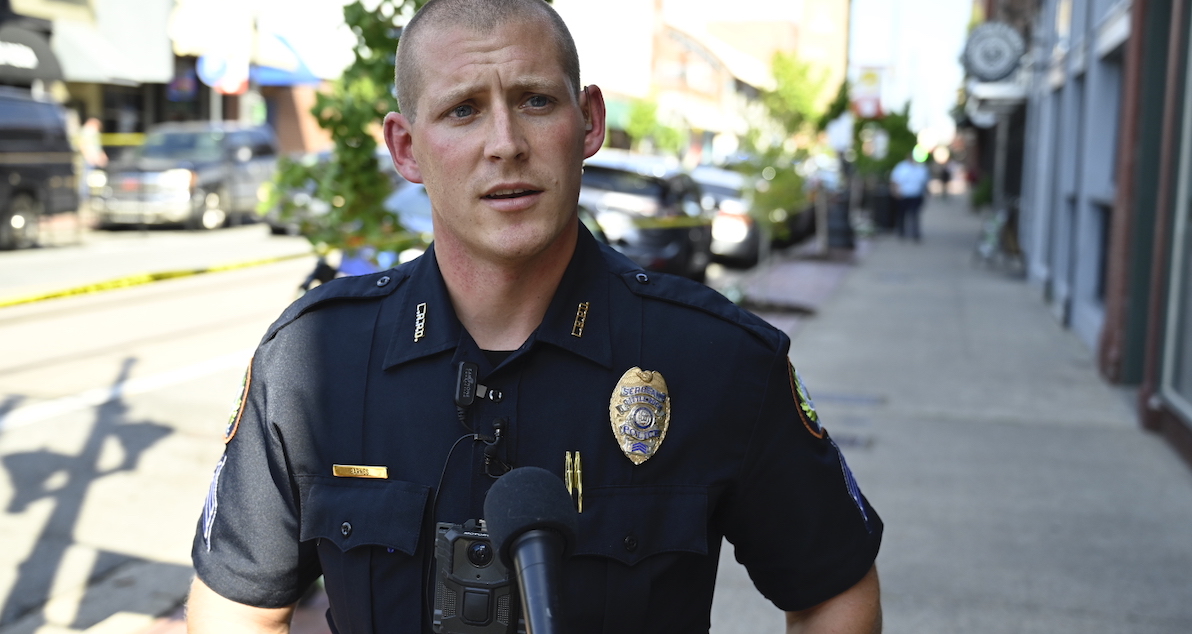 A shooting on President Clinton Avenue that occurred shortly after 3 p.m. Friday blocked traffic east of Cumberland Street. We didn’t hear the gunshots from the Arkansas Times office a block away, but a warning came at 3:36 p.m. that multiple shots had been fired in succession and, subsequently, police were sweeping the Central Arkansas Library System parking lot with assault rifles and police dogs. 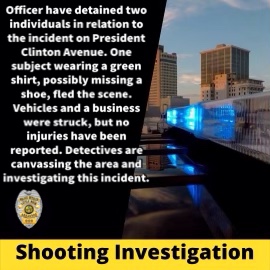 The police arrested two people. At least one person involved in the shooting reportedly wore a neon green outfit and lost a neon green shoe while fleeing.

A black sedan (above) sat with a flat tire and blown out windows. Here are some photographer images of the staff Brian Chilson taken from the downtown scene after the shooting.

Why boxing gloves showed up at Arkansas football practice