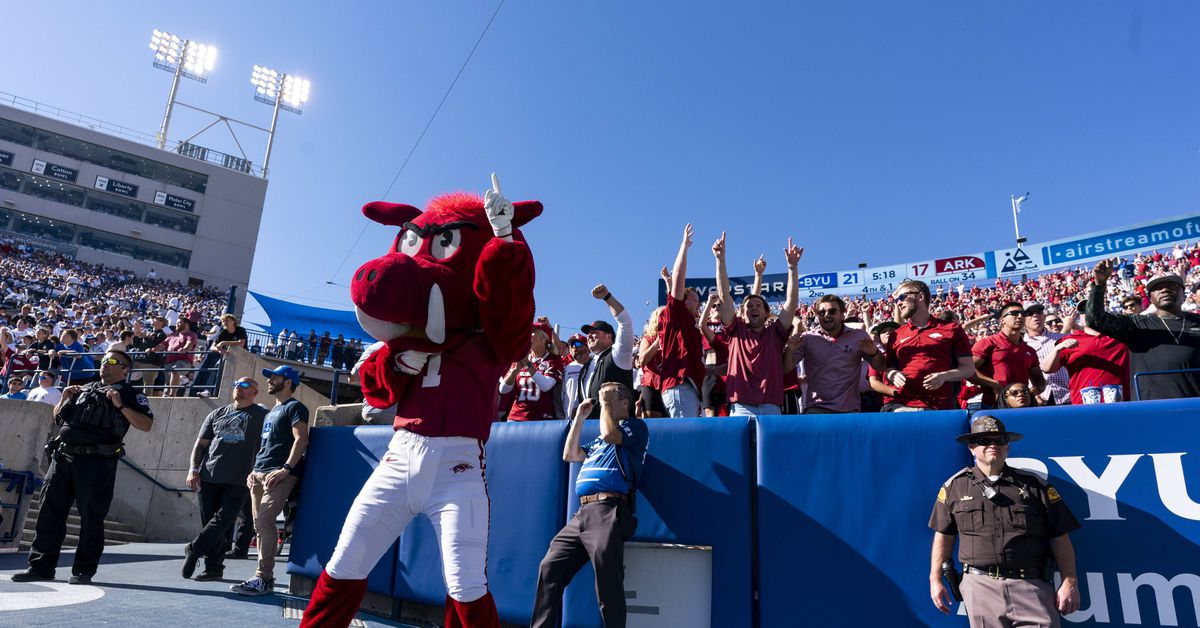 First, let me preface this by saying that the thoughts expressed below are mine and mine alone and may or may not be shared by anyone associated with ArkansasFight.com. I may be alone on an island, but this is my island.

Second caveat, just for a frame of reference, is that when I fill out forms these days, I have to check the 55+ box.

Growing up (think the 1970s and 80s), when I fell in love with a Razorback – and there were plenty of them – I was sure I could enjoy three or four years watching them play football or basketball , getting signed souvenir photos, and saving my game programs with their names on them, and then they would graduate and leave me and college behind and I would have to find another one for the next few years. And the cycle repeated itself, and repeated itself again. If I was lucky, the objects of my affection might continue to play professionally and I might catch them on a Sunday afternoon.

In other words, there was an order to things; a natural progression, if you will. Athletes would come to school and usually stay for four years and graduate.

But now, as we often hear about Lee Corso on Saturday morning “College GameDay,” it’s more about “not so fast, my friend.”

The world of college athletics is no longer the same. Student-athletes have more choices available to them as to how and where they want to compete and complete their college education. One of the tools available to them is the transfer portal.

Before the portal, if an athlete wanted to change schools, for whatever reason, they could do so, but overall once they did, they had to wait a year. It was a mechanism to, in my opinion, force the athlete to be thoughtful in their decisions and not a knee-jerk reaction to an event like not having enough minutes or being “coached” by their coach. For a dedicated athlete, the prospect of sitting on the bench for a year, watching others play, perhaps others less skilled and talented, would be a sobering factor on one side of the seesaw. They didn’t lose a year of eligibility, but they would lose a year of playing, being seen by professional scouts, developing and growing. This should be seen as a deterrent.

It would make them think.

This all changes with the transfer portal. Now the NCAA will tell me I’m wrong. They’re going to tell me there are deadlines and if your name isn’t on the portal when the deadline comes up, the student-athlete who transfers after that will have to take a year off and lose that year. ‘eligibility.

There are examples cited of players entering the portal and starting/playing games the following month. Workarounds.

And it doesn’t just affect players. The coaches also “play the portal”.

It’s almost like going to a cattle auction and seeing who might be available to fit your program. In what positions are you lacking? Will this player fit into your dressing room culture? Can the player be coached or did they enter the portal for all the wrong reasons? What do we need and how can we get it? And coaches have to walk a fine line between being, as a coach’s shared friend, a roster-filling coach and a being a “cad” (for lack of a better term) if he or she breaks a promise made to a child because they found someone who plays better or decides not to transfer or graduate and stay another year.

Just in case it wasn’t obvious, I’m not a fan of the transfer portal, at least not in its current form. I know a lot will come back to me with the number of great players who transferred to Arkansas through the portal and made our teams so much better! And didn’t I love watching them!

I can’t say that might not be true. But I want to ask this question – at what cost?

Are the coaches (and this is NOT targeting ANY of the Arkansas coaches – listen to me on this!) sacrificing loyal student-athletes on the altar of a national championship? Are teams formed with players who enter the portal because they’ve bought into their own hype, their egos stroked by family and friends who keep telling them they’re all that and a bag of chips? Are gamers who dreamed their whole lives of being a {fill in the blank of your favorite mascot} being pushed aside after a year or more of playing for someone who decided last month that they wanted be a {fill in the blank with your favorite mascot}?

Do inmates run the asylum?

I have no answers. I’m just a fan. I just find it hard sometimes to have the same level of excitement I felt for a team as when I was younger because now they’re here and then they’re gone. May turn pro, may transfer, may transfer, but nothing is the same year after year.

Hogs take on Alligators in Gainesville this weekend