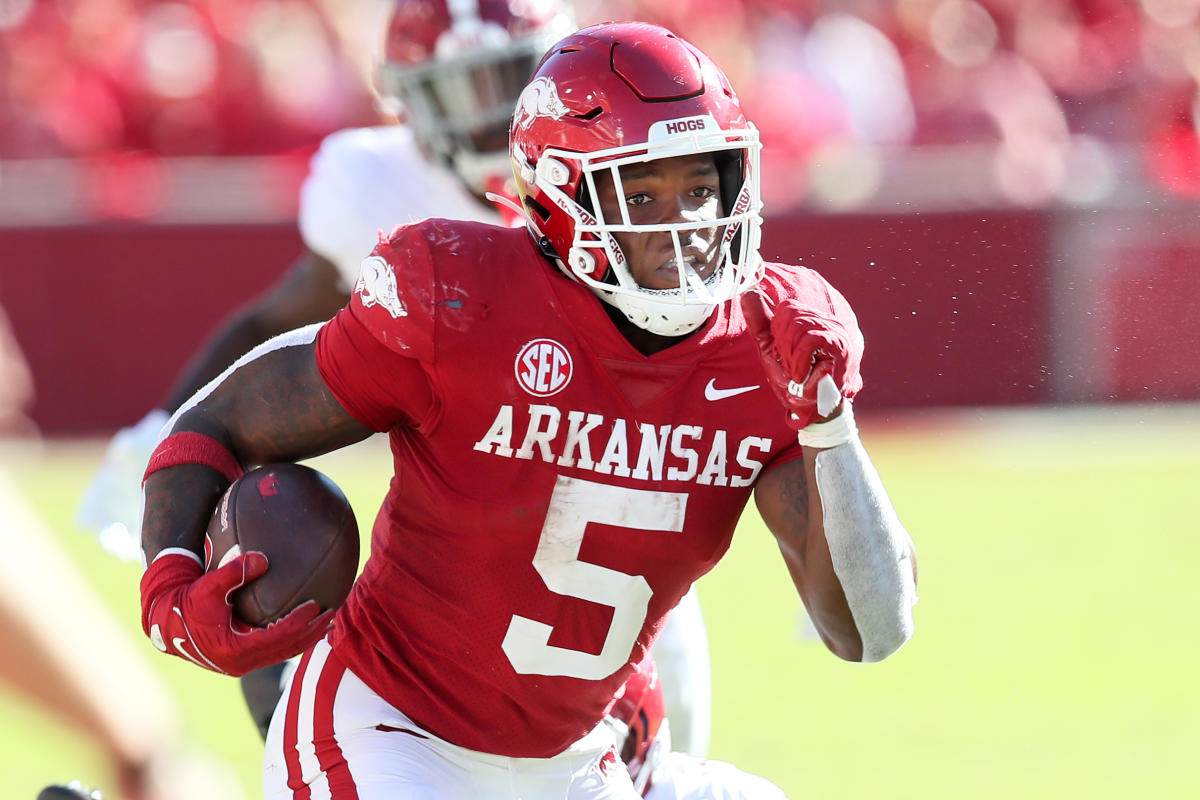 The No. 25 Arkansas Razorbacks are currently on a two-game skid and want nothing more than to get back on their winning path.

It will be a big task on Saturday, as they travel to No. 23 Mississippi State for their first real SEC road contest. The Bulldogs are on the rise and have a passing offense that can give any opposing defensive fit.

It also doesn’t make Razorback fans feel any better that quarterback KJ Jefferson is questionable for Saturday’s game after leaving Alabama’s game with an injury in the 4th quarter.

While there are so many factors against the Razorbacks, there are still plenty of ways Arkansas can steal a road win away from Mississippi State.

Here are three things, if done right, that can lead Arkansas to victory:

If Sam Pittman keeps the upper hand on Mike Leach

It’s been two years since Sam Pittman and Mike Leach debuted in their current programs, with the Pittman Razorbacks winning both games against the Leach Bulldogs. Pittman, along with defensive coordinator Barry Odom recently checked Mississippi State. If the trend continues, Arkansas could pick up another win in the series.

If the team starts

With KJ Jefferson’s status remaining unclear for the Mississippi State game, the rushing game will need to intensify. The Bulldogs rank 41st in rushing yards allowed, allowing an average of 118 yards per game. An average day for Raheim Sanders could be enough to secure victory.

If the Hogs keep the pressure on Will Rogers

It’s no secret that Mike Leach’s offense is going to rely heavily on passing. Mississippi State has a quarterback who adapts well to the system and threw for 1,715 yards in five games. With Arkansas’ pass defense, that should scare the Razorbacks. However, it does not have to be so. Drew Sanders, Bumper Pool, Jordan Domineck and Landon Jackson will need to step up their pressure for Rogers to throw errant passes.