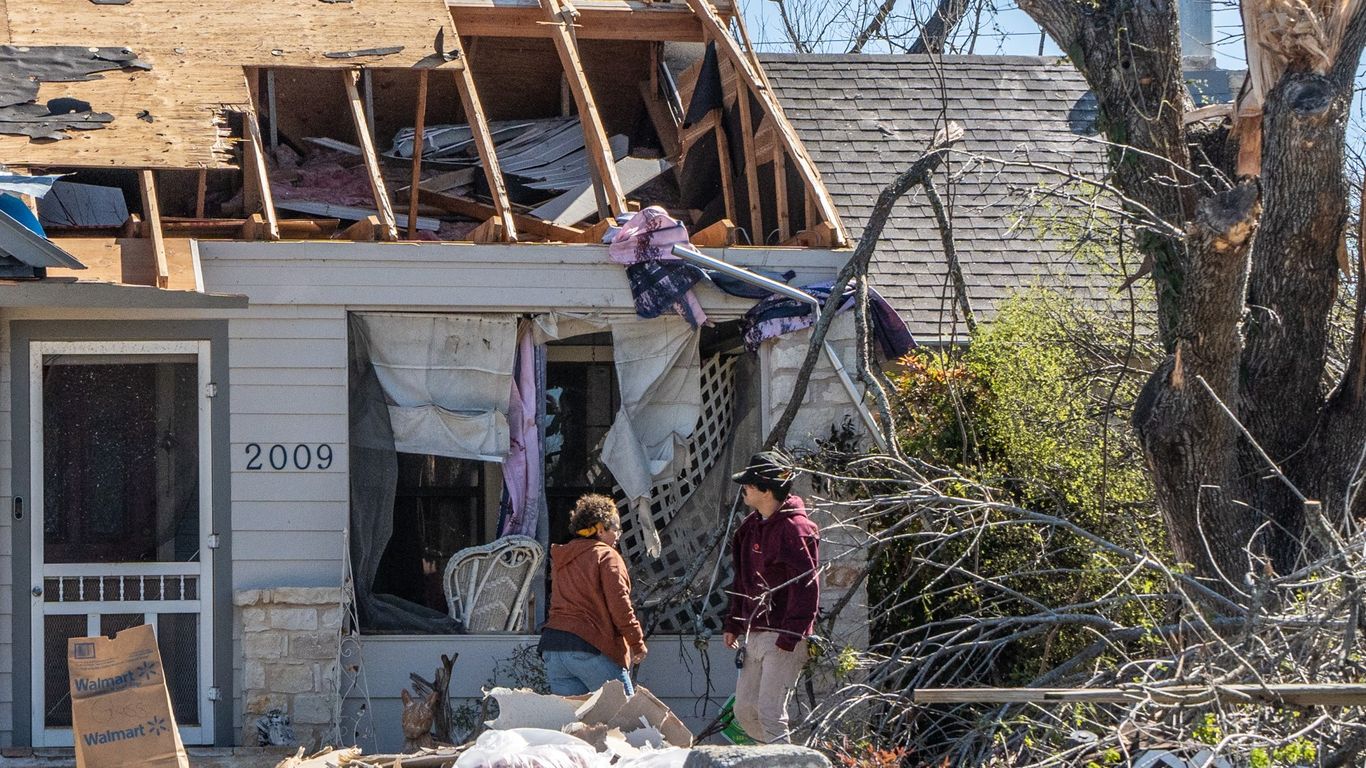 People look at their damaged home after tornadoes in Texas on March 22, 2022. Photo: Bo Lee/Xinhua via Getty Images

At least one person has died and several people are still missing after destructive tornadoes touched down in Texas, Oklahoma and Arkansas on Friday.

The big picture: Authorities are still assessing the damage and injuries caused by the storms, which flattened at least 50 homes in Texas alone, according to the Associated Press.

Details: Multiple tornadoes were spotted across Texas, Oklahoma, Arkansas and Missouri, all of which had tornado warnings in effect Friday, according to data from the National Weather Service Storm Prediction Center.

To note: Several tornado emergencies were also issued on Friday, including one in Idabel, Oklahoma, according to Friday’s NWS alerts.

And after: The storm front will move east, bringing thunderstorms and rain to Louisiana and Mississippi, but severe threats remain much lower, according to the forecast center.

The race for governor of Arkansas will likely go down in history, regardless of the outcome. Here’s what to expect