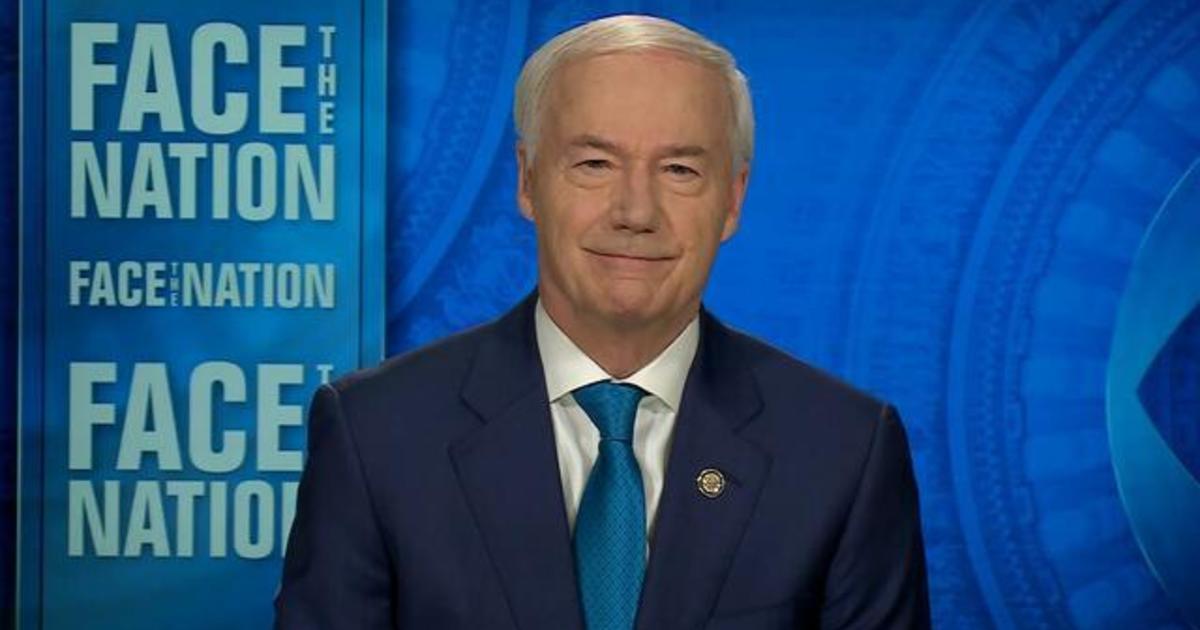 Transcript: Arkansas Governor Asa Hutchinson on “Face the Nation”, May 29, 2022

The following is a transcript of an interview with Arkansas Governor Asa Hutchinson that aired Sunday, May 29, 2022 on “Face the Nation”. The full transcript of the interview is available below.

MARGARET BRENNAN: We turn now to Arkansas Governor Asa Hutchinson, who joins us from Little Rock. Good morning to you, Governor.

MARGARET BRENNAN: And we’ve talked about that before because after Sandy Hook and the Connecticut massacre, you led the NRA task force and how to stop school shootings. So you’ve thought a lot about that. There was an armed officer assigned to Uvalde Elementary School. And then you got a response from the police force, where they didn’t confront the shooter who was carrying an AR-15. In Buffalo, the armed guard at this grocery store confronted the shooter but was killed, in Parkland, Florida, there was an armed officer on scene who did not intervene. Doesn’t this show that this is an insufficient solution to the problem?

GOV. HUTCHINSON: Well, that certainly goes to show that you need to have multiple layers of security to protect children. And there is also the factor of human error. And that’s why you have to have different layers, you can’t rely on just one technique. School safety is something we all need to focus on coming out of the incredible tragedy we are seeing in Uvalde, we need to look at how we can better secure our schools. And it’s about the single entry point that, by blocking it, allowed the shooter to come in, it’s about the mental health issues where we need to do better to identify who is potentially a mass killer. We need our private sector, the Internet Service Providers, to make better use of technology to identify these types of dangerous violent communications much more quickly. And then of course, we have to be able to train our officers well. I know we’re going to have to learn a lot more facts about some of the things that happened in Uvalde. Let’s be patient, let’s learn from them. But we cannot give up our most precious resource to protect our children.

MARGARET BRENNAN: I think a lot of people would agree with a lot of the things you just said, but then they’d ask why can’t we talk about the gun. I understand that a lot of people want a long gun to go hunting. But there’s also that not-so-good, semi-automatic, AR-15 style weapon for hunting. Bullets travel three times faster than sound, literally exploding bodies. It was used in Buffalo, it was used in Sandy Hook, it was used in Uvalde. Why not raise the minimum purchase age to 21 instead of 18?

GOV. HUTCHINSON: Well, you’ve seen some states do that. Right. And you saw it in Florida, you saw it in California, and in California the restriction was ruled unconstitutional. So there are constitutional challenges to that. At the end of the day, I think the Supreme Court will give us some guidance on this. But you look at AR-15–,

MARGARET BRENNAN: But would you approve of that?

GOV. HUTCHINSON: -everyone should have- No, I want to give a bit more history, AR-15s were around for 40 years before they were used in any type of massacre or attack. So it’s about the human heart, it’s about identifying the culprits and prosecuting them. And I think that’s a discussion you can have. I am convinced that this will not be the solution. And that’s going to do more harm than good. In Arkansas, for example, as you pointed out about long guns, we distinguish between those and those that you can acquire at 18. Because we hunt with those, it’s a culture that we start when we’re 14 or 15 here in Arkansas. And so that’s a big part of that, and that’s a step towards moving towards AR-15s and how you write laws that would distinguish between them, that’s going to be part of the discussion, I’m going down. I don’t think that’s a solution. And we shouldn’t focus on that.

MARGARET BRENNAN: But the shooter in Texas and New York legally purchased these AR-15s. They caused no concern because they had no recorded mental health issues. They had no criminal background checks. Are you saying it was their legal right and should remain the legal right of anyone like them to go buy an AR 15?

MARGARET BRENNAN: why-why does it have to be or?

GOV. HUTCHINSON: – which we can agree on now and I think –

MARGARET BRENNAN: why does it have to be either or –

GOV. HUTCHINSON: It doesn’t have to be either…

MARGARET BRENNAN: – because I think people want to look at all these other things that you brought up, like mental health, like school safety, let me ask if it’s something specific that the shooter came in in this room, this elementary school and Uvalde with 660 rounds, and this AR-15 style weapon, that’s more than three times what an American soldier carries in combat, if purchasing ammo of that size were to trigger an alarm bell somewhere, if there were to be some sort of filtering or limit on high capacity magazines? Like what legal justification? Should an 18-year-old be allowed to go buy that kind of ammunition?

GOV. HUTCHINSON: It sets off all kinds of alarm bells. Allow me to insist on this point. You can do one or the other or you can’t have the conversation about both. I think senators who come together in a bipartisan way to talk about what we can agree on are important. I contacted a number of governors. I’d like to see a similar bipartisan task force of Governors, Democrats, and Republicans, see what we can agree on? What we can solve this problem and learn from it? So yeah, and every time you watch the alarm bells, every time you watch these very strange purchases, someone just turned 18. Something has to set off an alarm bell, someone says alert law enforcement. It is a concern. I think we need to look at these types of triggers that can alert law enforcement.

MARGARET BRENNAN: Well, we’ll look at the limitations of high-capacity stores and the potential of what you just laid out. Governor, thank you for your time this morning, Face the Nation. I’ll be back in a minute so stay with us.