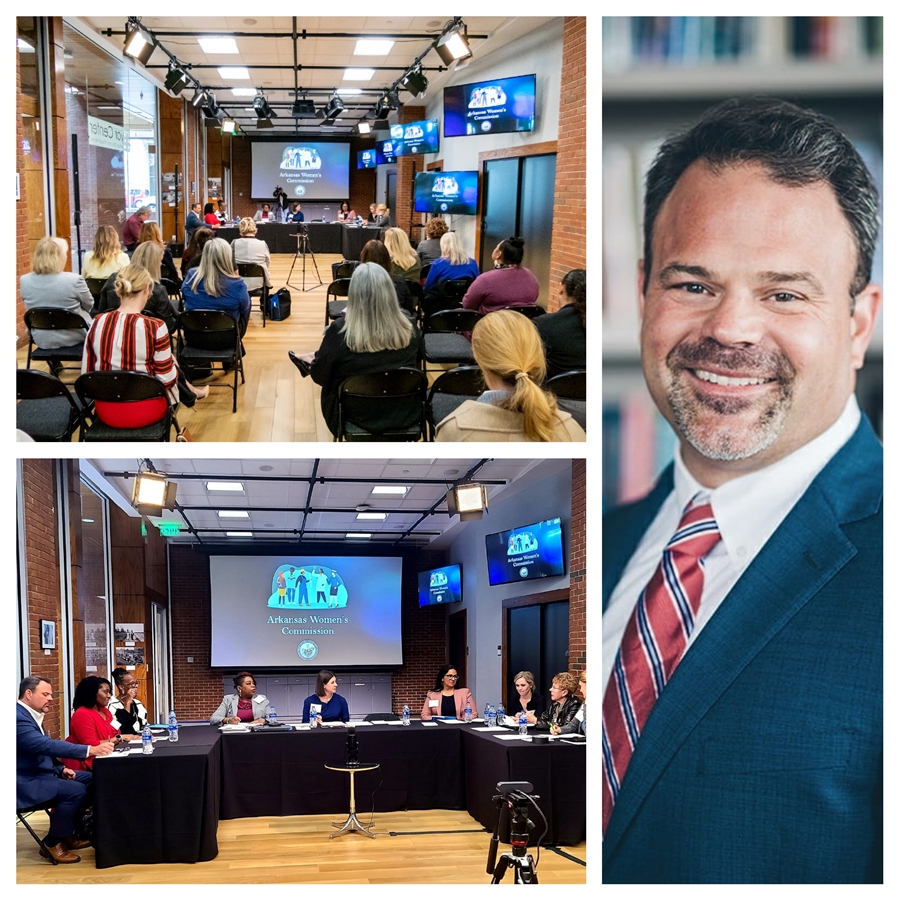 This spring, Arkansas Governor Asa Hutchinson announced he was reestablishing the Arkansas Commission on the Status of Women to examine the role women play in the state’s workforce and economy. , understand the barriers women may face in these areas, and make recommendations to remove barriers and build on the past successes of women in Arkansas.

“In my administration, women are an essential part of my leadership team,” Hutchinson said, appointing his chief of staff, Alison Williams, to chair the commission, which is made up of 16 Arkansans.

From northwest Arkansas, Hutchinson named Bentonville City Councilman Gayatri Agnew, and the U of A’s own Todd Shieldsdean of the Fulbright College of Arts and Sciences, to serve on the commission.

“Now is a good time to examine these questions and benefit from the knowledge, insights and feedback of the women of Arkansas,” Williams said. “Women are disproportionately economically disadvantaged, and the pandemic has exacerbated that, especially for mothers. And since Arkansas women earn 80% of what Arkansas men earn, that’s a problem. which affects us all as it affects a large portion of the population of our state.”

Williams said Shields will also be a valuable member of the commission, who will bring expertise in research, survey administration and data analysis to the group.

“I am truly honored to help the commission and our beautiful state of Arkansas in any way I can,” Shields said. “Especially if it means helping women in Arkansas have their voices heard, create change, have more opportunities, and improve their lives in meaningful ways.”

The commission was created last February by an executive order from Hutchinson, who said in his proclamation“Women are a vital part of Arkansas’ rich history and are fundamental to Arkansas’ economic, political, and social prosperity, and research is needed…to help better guide policy and law-making. .”

Ultimately, the commission will submit its findings and recommendations to the governor and the General Assembly by December 1.

The Commission on the Status of Women last met in March at the David and Barbara Pryor Center for Oral and Visual History of Arkansas meet women from northwest Arkansas who shared their life experiences.

In addition to the commission members, more than 30 women attended the meeting, from fields such as business and industry, the non-profit sector, education, the arts, and local and national government. Williams encouraged anyone who wanted to share their stories to use “I” statements to talk about their specific experiences.

Recurring themes quickly emerged, including concerns about access to childcare, healthcare and mental health services, as well as the challenges of caring for elderly parents, the wage gap between men and women in Arkansas, with women often being essential workers even before the COVID-19 pandemic and what society often consciously or unconsciously does that is “holding women down”.

The U of A kim needydean of the College of Engineering, said she used to be one of the only women in her field, and when she speaks with young women, she always encourages them to find a way to stay on the labor market and to persevere.

Needy also said women from all walks of life need to share their stories to encourage each other. She added that women leaders, in particular, should talk about the obstacles and challenges they have overcome to encourage and inspire more women to do the same.

Another concern raised by Needy and several others was that very little has changed over the years for women. Needy said that when she meets young women today, their question is often “Can I have a career and a life?” — a question she asked herself when she was an engineering student.

Arkansas previously had four women-focused commissions, beginning with Governor Orval Faubus’s group established in 1964 to focus on the social, political and economic status of women.

Governor Winthrop Rockefeller created the next commission to focus on state employment laws and differences in the legal treatment of men and women.

In 1973, Governor Dale Bumpers re-established the commission to find ways to expand the role of women in economic, political, and social institutions. This group is the report can be read online.

Governor David Pryor instituted the Governor’s Commission on the Status of Women to focus, in part, on Title IX and the Equal Rights Amendment in 1975.

At the last 2022 commission meeting in Fayetteville, women were asked to share:

Women who were unable to attend the meeting can still give their opinion by complete this online form.

The next commission meeting will be April 19 in Little Rock. Future meetings will also be held throughout Arkansas.

For more information about the commission, its activities and upcoming meetings, visit women.arkansas.gov.