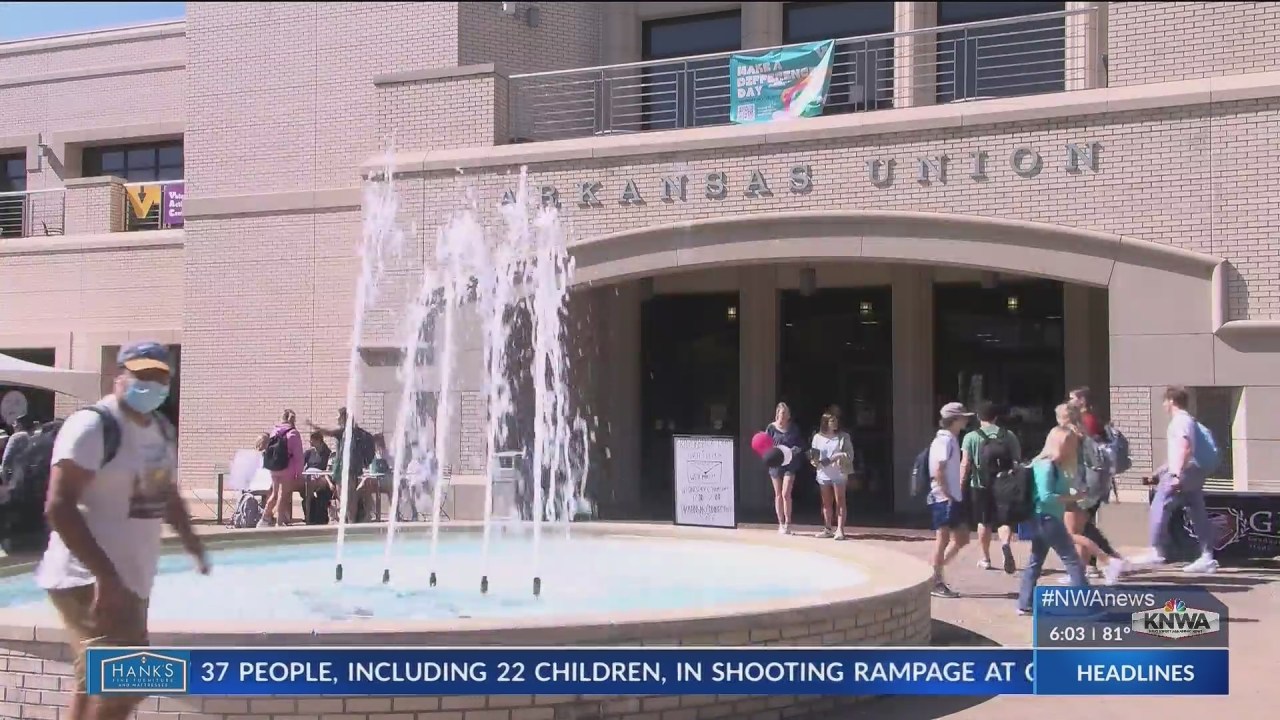 University of Arkansas students stand up for reproductive rights

FAYETTEVILLE, Ark (KNWA/KFTA) — Students held rallies, resource fairs and walkouts Thursday at 44 universities, colleges and high schools in 25 states, including Arkansas. The University of Arkansas at Fayetteville was one such school.

The movement was part of the National Student Day of Action for Reproductive Justice. At the University of Arkansas, the Graduate Student Action Network hosted a resource fair, where a dozen organizations came together to educate passers-by about access to reproductive health.

Events like the one held in Fayetteville on Thursday have become more frequent since the overthrow of Roe v. Wade in June. Due to the ruling, a trigger law went into effect in Arkansas. The state now prohibits abortion unless it saves the life of the mother.

“When Roe v. Wade was overturned, it shook me to my core that we could all stay here and stand apart while essential rights that you physically cannot take away from a person are legally taken away,” said said Dupree.

Dupree said access to abortion is an important topic in reproductive health, prompting petitions calling on state and federal lawmakers to take action.

“We have a petition for our state and federal legislatures through the national organization. These include: the demand for federal and/or state protections for accessible and affordable abortion; free contraception, mandatory sex education and protection, gender-affirming care and the right to gender expression,” Dupree said.

There are Americans who are very strongly opposed to abortion and do not believe it is a right to health.

Abigail DeJarnatt is a student at the University of Arkansas who also started a Christian non-profit organization called “Counteract USA”.

“Our goal is to equip young men and women to apply their Christian beliefs, their biblical beliefs to cultural and political conversations,” DeJarnatt said.

DeJarnatt said many people she meets think most women under 35 are pro-choice. She said that’s not true.

“I work with over 150 young men and women in northwest Arkansas alone who are staunchly pro-life because we believe all human beings should be protected under the First Amendment,” DeJarnatt said.

DeJarnett thinks abortion should never be an option. Instead, she advocates for community resources following an unwanted pregnancy.

“We hear of a woman who may be in a crisis pregnancy. We know exactly which groups connecting her to can help her with what she needs, whether it’s housing, financial resources, ultrasounds or medical care. There are people in groups who are available and ready to fill those gaps,” DeJarnatt said.

Although DeJarnatt is grateful that Roe v. Wade was overruled, she said there was still a lot to do and she was looking ahead to the November election.

“It’s easy to sit like, oh, we got the win with the Dobbs decision, but now is the time to get to the polls more than ever,” DeJarnatt said.

Meanwhile, Dupree hopes on the National Student Day of Action for Reproductive Justice that young people have been able to learn about reproductive access and also consider voting on election day to make their voices heard.

“Now is the time to act, and if you don’t feel the urgency, then I think you need to look around and listen to some people around you,” Dupree said.

Election day is November 8. The deadline to register to vote is October 11.