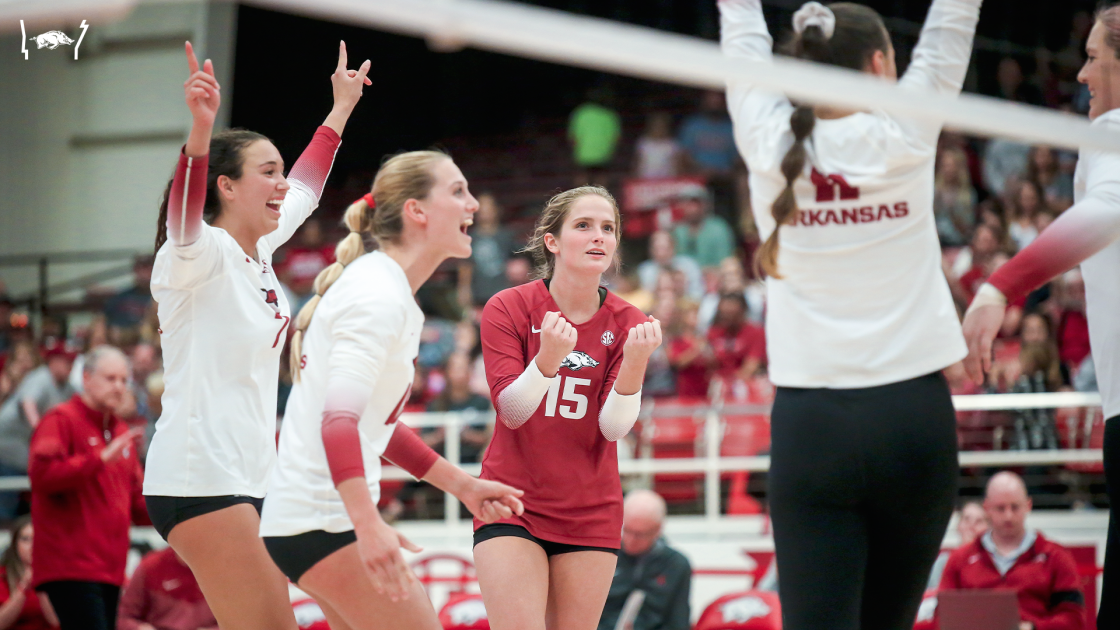 The Arkansas volleyball team continues a five-game homestand this weekend as the Hogs host the Tennessee Lady Volunteers on Friday October 14 and Saturday October 15.

Friday’s game is scheduled for 7 p.m. at Barnhill Arena and Saturday’s final kicks off at 5 p.m. Both games will be broadcast live on SEC Network Plus.

Last outing
The Wildcats came to town last weekend and although the Hogs won the first set in every game, they lost 3-1 and 3-2 in both games with Kentucky. The defensive effort in the opener was Arkansas’ best all year, as the Razorbacks totaled a season-high 17 team blocks, the most in a game since 2015. Graduate midfielder Tatum Shipes had two solos and 12 assists for a new career high. of 14, which is tied for third in Arkansas’ single-game metric, and the most blocks in a game for a Hog since 2005. On Saturday, the Hogs fought hard in five sets, and despite the loss, the junior Taylor Head reached an offensive milestone with 23 kills, a new career high. She also had a team-high 12 digs for a double-double and hit .395.