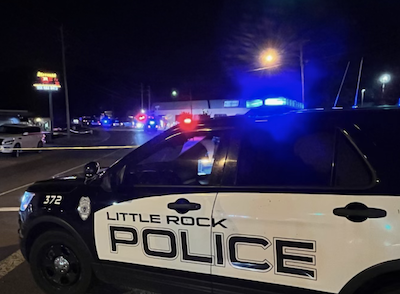 
#BREAKING: At least one person has died after an accident on Kanis near Rodney Parham, Little Rock police confirm. Witnesses tell us that the cars seemed to be running. #ARNews pic.twitter.com/bdOcFa4r8k

It’s all from the LRPD so far.

UPDATE: LRPD spokesman Eric Barnes provided this additional information at 9.14am today, including the news that two people died in the crash.

As many of you know, it will take several days for the accident report to be completed by the reconstruction officers since they have to assess the measurements of the scene. Below is information that we have yet to confirm.

On June 17, 2022, just before 9:15 p.m., Little Rock Police Department officers responded to a vehicle collision in the area of ​​12th Street and Rodney Parham Road. Citizens reported that two vehicles were involved in this collision and that two occupants were trapped inside one of the vehicles. After the collision, the vehicles came to rest on the building at 7400 Kanis Road. MEMS responded to the scene to provide medical attention to all involved; however, the driver and passenger of a Mercedes-Benz were pronounced dead at the scene by medical personnel.

Crash reconstruction workers responded and began taking measurements and assessing the scene. Preliminary information obtained by investigators indicates the two vehicles were traveling westbound on 12th Street when the Mercedes-Benz lost control and struck a Dodge Avenger, causing them to drive off the roadway.

The driver of the Mercedes Benz was not positively identified and was transported to the Arkansas State Crime Lab for positive identification. The passenger in this vehicle has been identified as Larry Brewer, 47, of Conway, AR.

Police said Tavarne Williams, 43, driver of the Dodge Avenger, received medical treatment, but his injuries were not life-threatening.